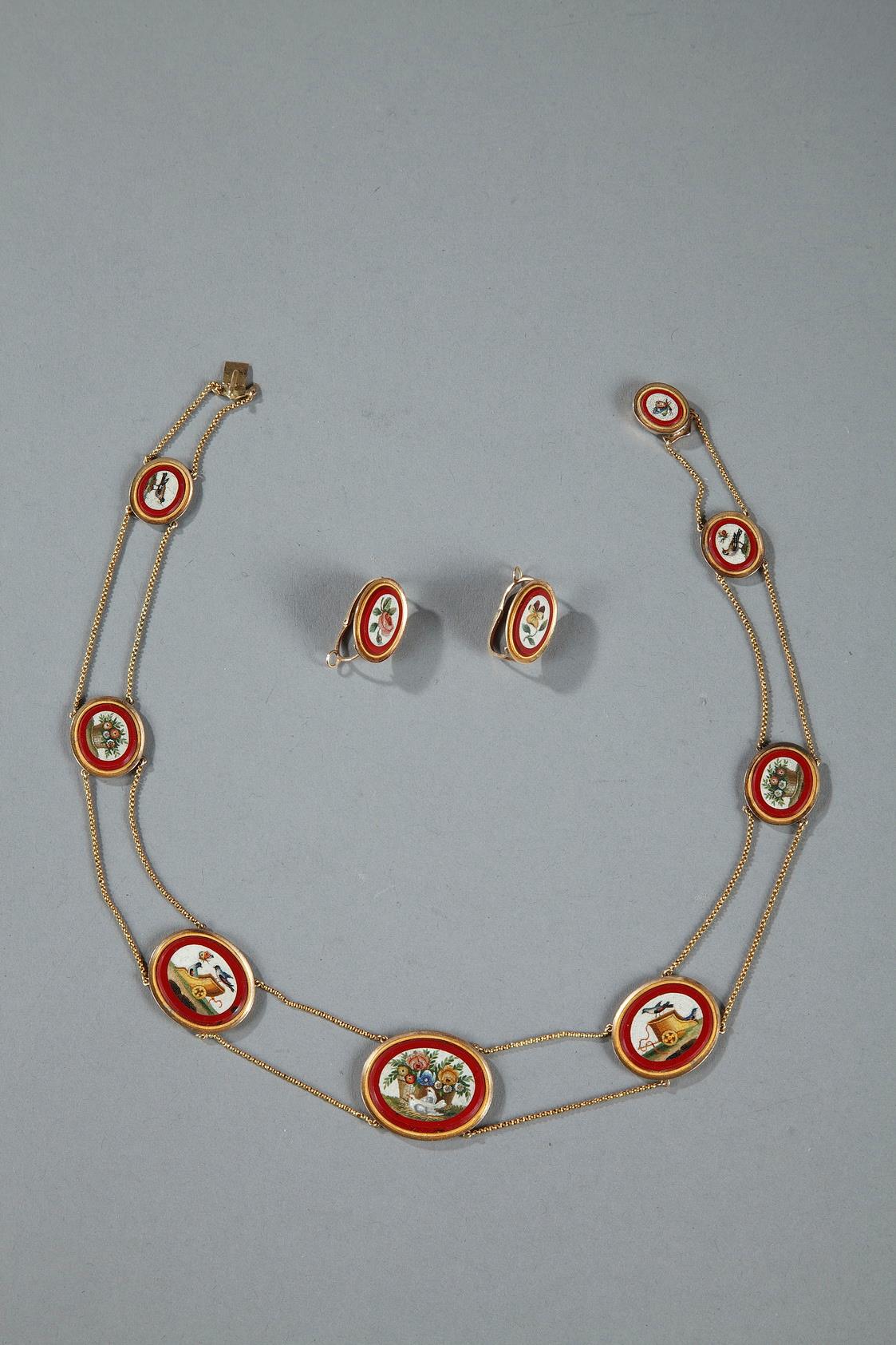 Micromosaic demi-parure set composed of a gold necklace and earrings. The necklace is composed of eight micromosaic medallions set in dark red glass. Two gold strands support the micromosaics between them. The subjects of the micromosaic plates are uncommon, as they do not represent ruins but rather baskets of flowers and chariots with birds and butterflies on them. The earrings feature micromosaics of a pansy and a rose. The micromosaic with a basket of flowers takes up a Roman mosaic motif conserved at the Pio Clementino museum in the Vatican. This mosaic was discovered in 1790 on the Qurinial Hill in Rome. The chariot motif is inspired by a mosaic discovered in the Vetii house in Pompeii. This demi-parure is presented in a gift box featuring a label affixed by the workshop which reads: Vincent Verdeiro Romain, Via di Condotti Vicimo al corso. The artist is known to have been active from the 19th century until 1864, and is known for his production of small-format micromosaics as well as for a portrait of Pope Pius VII. Early 19th century. Empire period. Price: On request. REF: 7463