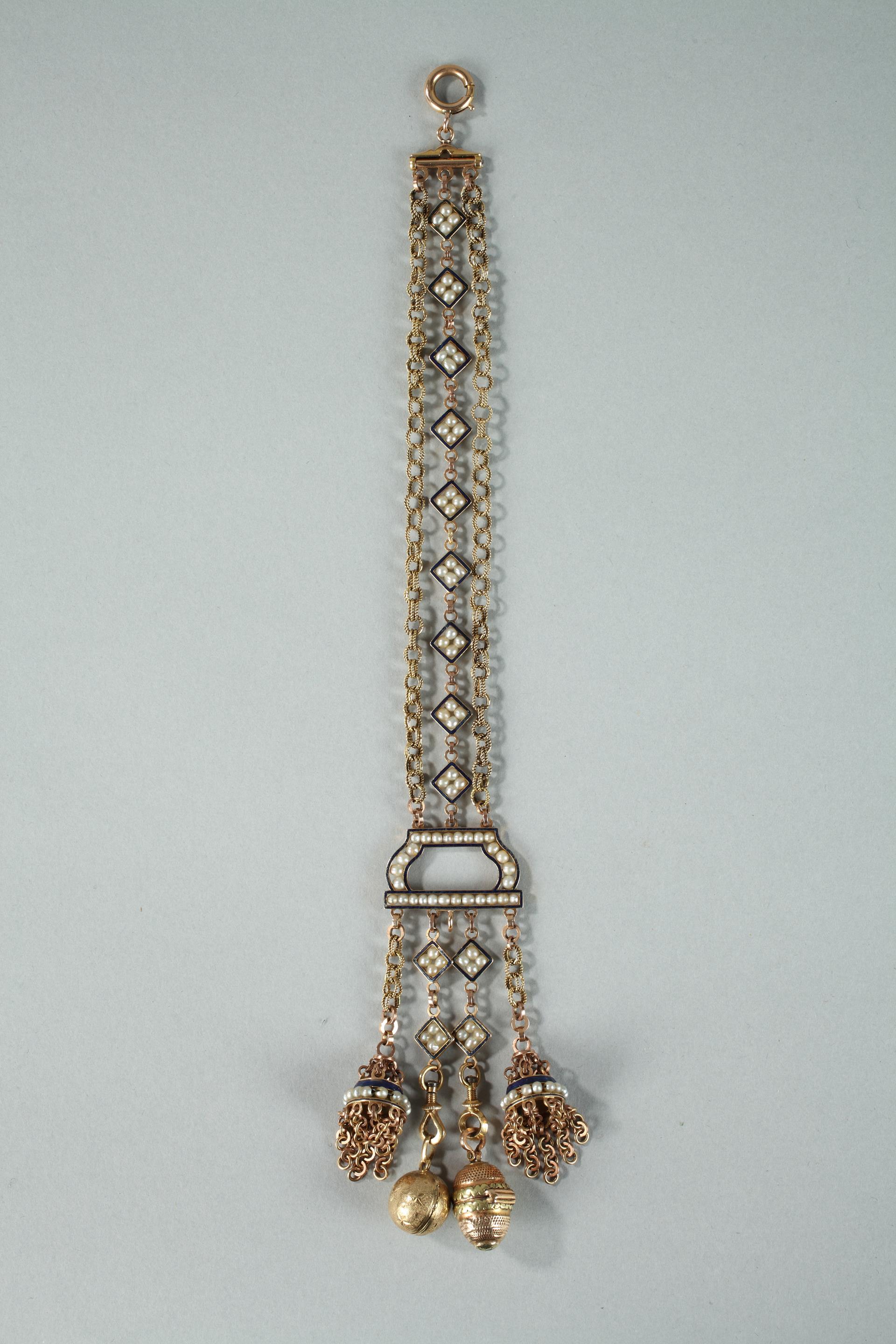 Chatelaine composed of gold overlaid with royal blue enamel. Two gold link chains flank a central chain whose diamond-shaped links are each decorated with four pearls. These three chains are attached to an enameled half circle that is embellished with pearls. Below this half circle hang two pompoms of enameled gold chains, and two more of the diamond-shaped and pearl chains support two multicolored gold charms. During the 18th century, this type of chatelaine was worn on the front of a dress and did not necessarily have a watch attached but was rather a fashion accessory. A woman may have worn multiple chatelaines, as evidenced by Adolf Ulrik Wertmüller’s portrait, Queen Marie Antoinette of France and two of her Children Walking in The Park of Trianon, 1785. However, a watch could also be attached to the upper loop. Weight: 1.2 oz Length: 8.7 in with the pompoms and 9.4 in with the charms Gold marks on the pendants and rings: Tête d’aigle (Eagle head) Late 18th century work. Price: 6500€ REF: 7476