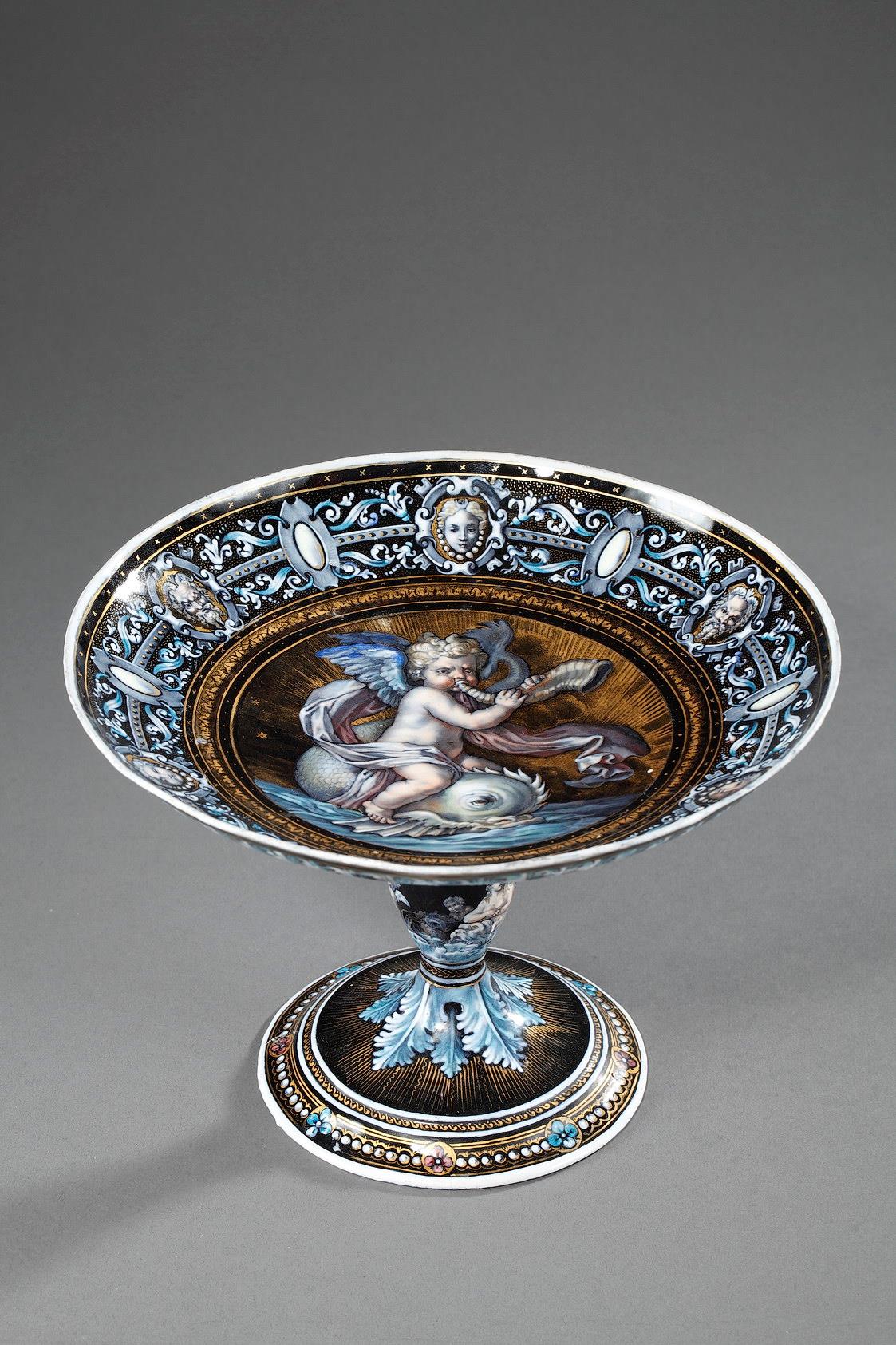 Enamel cup manufactured in Sèvres featuring a circular basin decorated with a winged Cupid on a dolphin. He is wearing a flowing sash and playing a horn in front of a gold-colored sky. The rim is decorated with alternating medallions with Diana and satyrs’ heads, which are interspaced by ovals. Scrollwork and foliage connect the ovals and effigies. The basin rests on a baluster-shaped stem that is decorated with sea gods and foliage. It rests on a base embellished with gilded lines, pearls, and red and blue flowers. Signed: Estelle Apoil for Suzanne Estelle APOIL. Wax seal underneath. Mid 19th century. W: 9,1 in – D: 9,1in – H: 6,7in. Price: 4700€ REF: 7234