SILVER AND IVORY VIRGIN MARY AND CHILD.
19TH CENTURY. Enquire about this Item 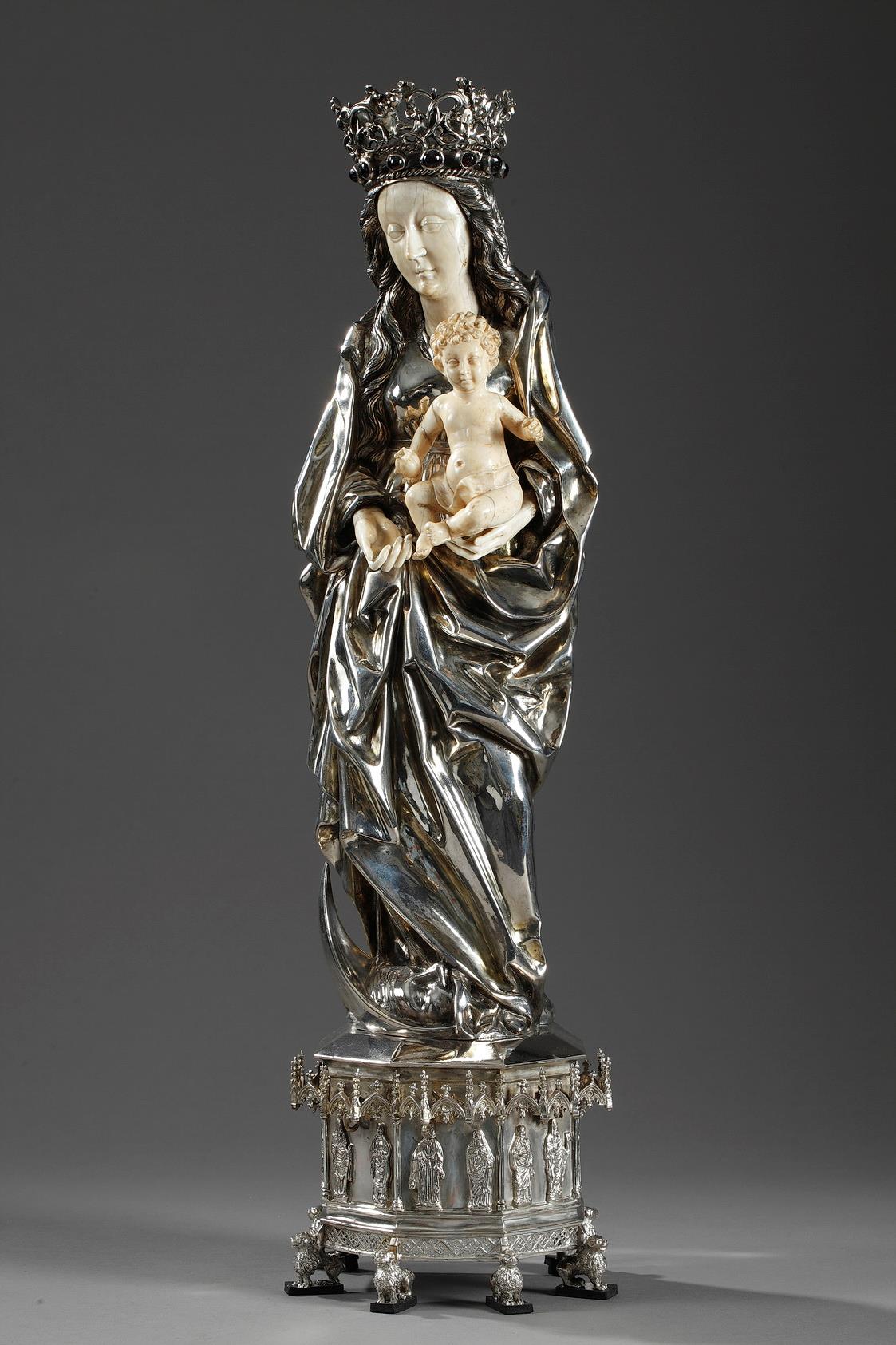 Virgin Mary and Child in sculpted silver and ivory. She is standing upright, wearing a dress, a cloak, and a crown, and is carrying the Infant in her left arm. The faces of the Virgin and Child are thoughtful and very intricately sculpted. The group is set on a hexagonal base decorated with figures of saints that are set under Gothic arches and an openwork frieze. The base rests on the backs of six small lions. Silver mark: Swan (imported silver). Probably Nothern Europe craftsmanship from the 19th century. Dim: 6.3 in, W: 6.3 in, H: 21.7 in Dim: L: 16 cm, W: 16 cm, H: 55 cm. End of the 19th century. Price: 25000€ REF: 7453