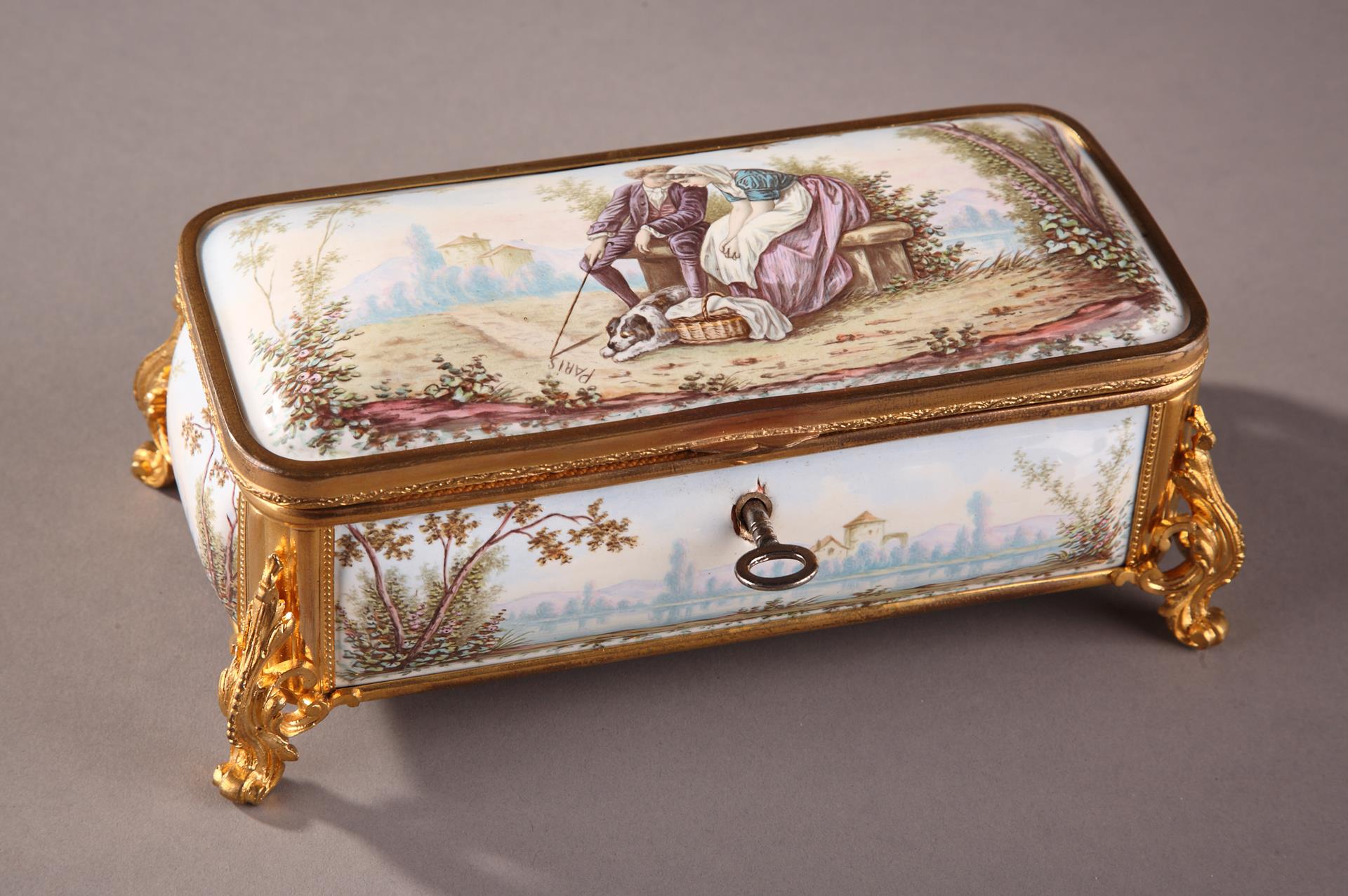 Rectangular Limoges enamel box with its key and gilt bronze mounts. The box rests on four curved, sweeping feet that are richly decorated with volutes and foliage. The entire surface of the lid is decorated with a scene depicting two characters on a bench in a rural landscape. A man is dressed in typical 18th century clothing and is leaning in to a young farm girl, whispering sweet nothings to her about the French capital, the name of which he has written on the ground: "Paris." The woman, seated sensibly next to him, her hands crossed in her lap, looks dreamily at this word which her companion just wrote with his cane. At their feet lies a sleeping dog and a covered basket. Scenes depicting the same landscape with a forested border, lake, and houses in the background decorate the four sides of the casket. The interior is lined with silk. Some wear to the silk. W: 8,1 in - D: 3,9in - H: 3,1in. L:20,5cm, P:10cm, H:8cm. Second part of the 19th century. Price: 2000€. REF : 6522