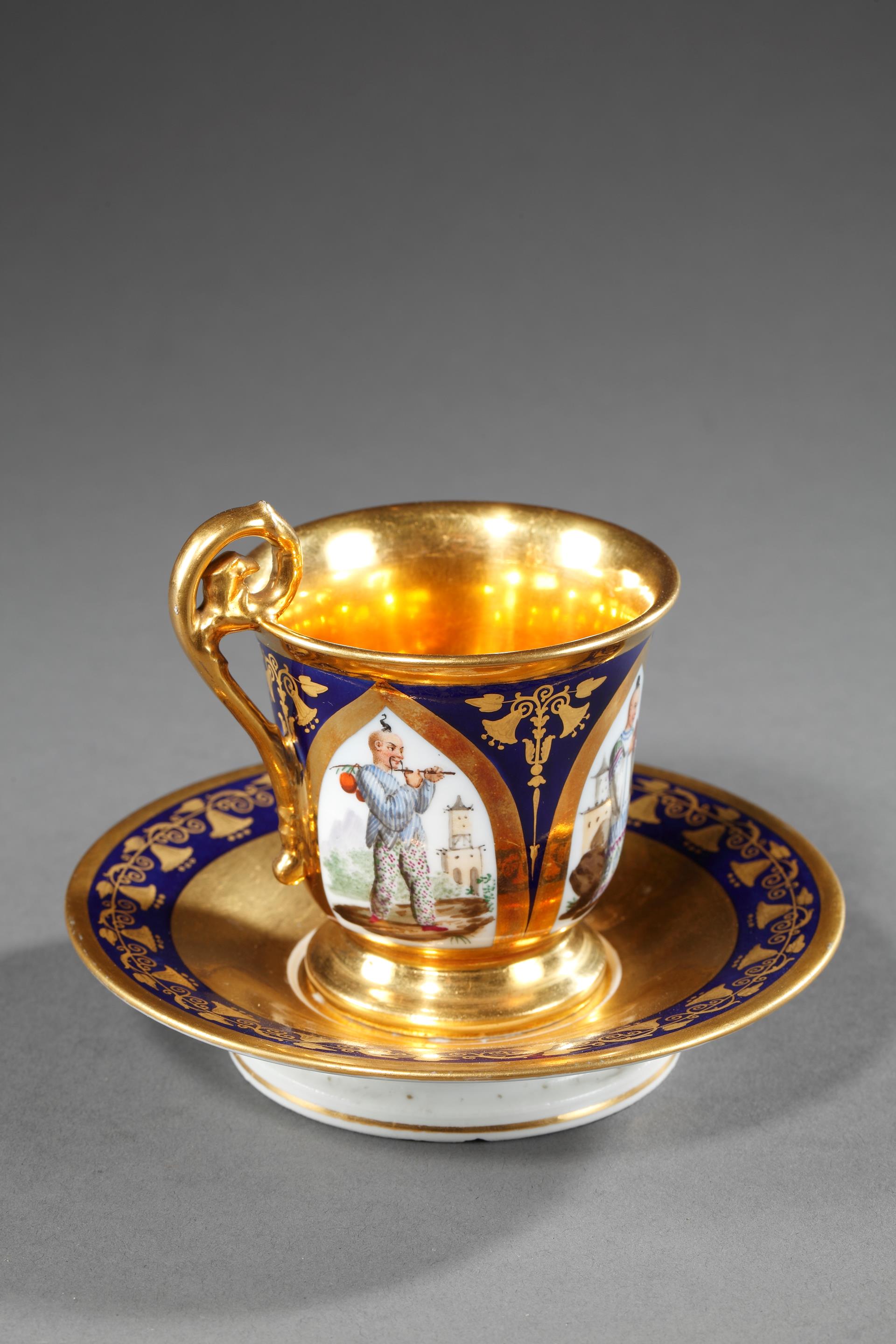 Four cups in Paris porcelain with their saucers, decorated with multicolored figures of people from the Far East. Each person is framed within a gilded medallion, which is set on a dark blue background that is embellished with golden flowers and foliage. The saucers carry the same golden decorations of flowers and scrollwork. "Feuillet" mark underneath. In the 19th century, Feuillet was a French painter on porcelain who worked at Rue de la Paix in Paris. By the 1820’s he had a studio at this address that specialized in painting on porcelain. He was succeeded by Boyer around 1845, who was then followed by Jacques and Boyer, Paul Blot and Hebert. Dim: W: 5,3 in – D: 5,3in – H: 4,3in. Dim: L:13,5cm, P:13,5cm, H:11cm. Circa 1820-1830 Price: 4000€