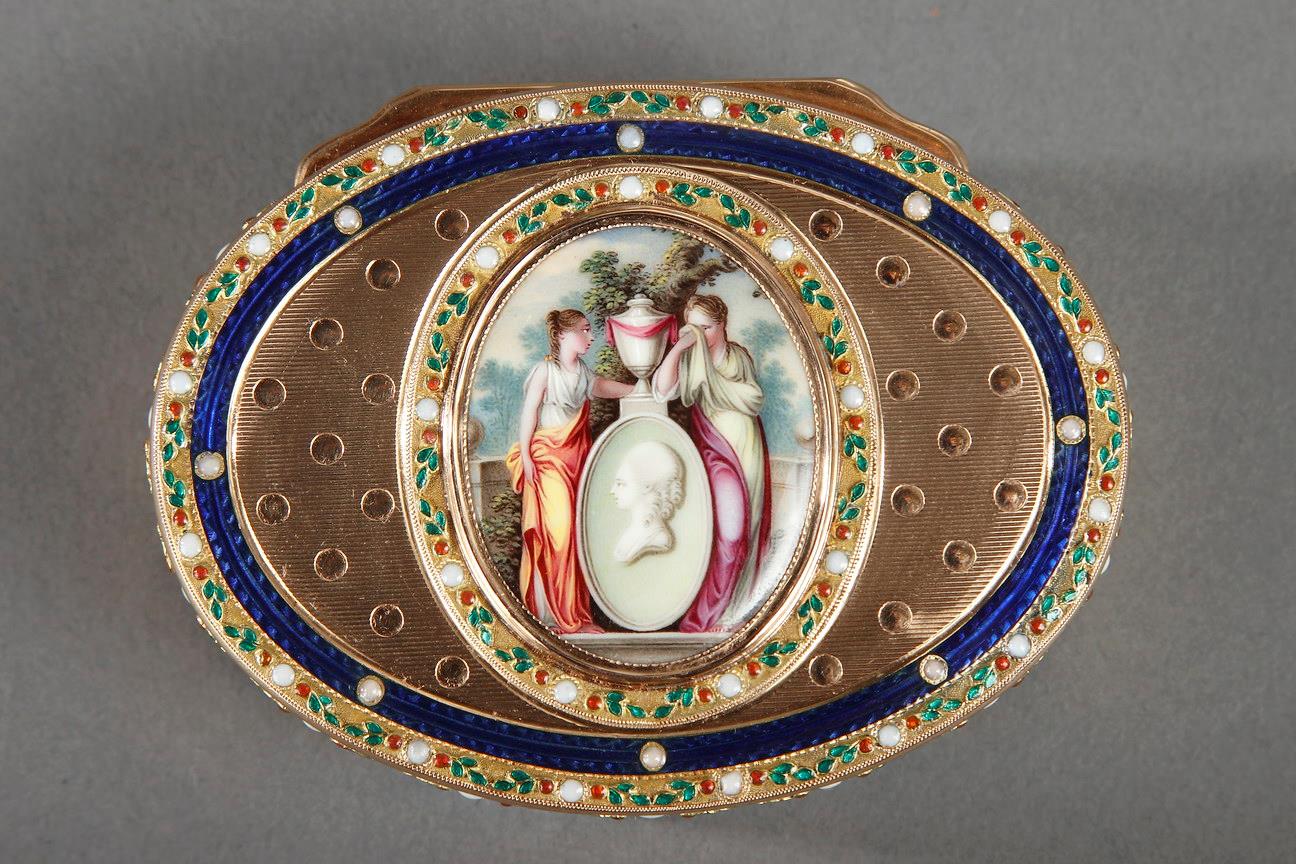 Large oval box in gold and enamel. The box is intricately sculpted with parallel stripes and dots. The hinged lid features an enameled medallion portraying two young women standing to the sides of another medallion featuring the profile of another young woman. The two women are leaning against an urn set above the profile and appear to be grieving. The medallion as well as the border of the box are embellished with a frieze that his accented with green and red translucent enamel, which imitates gemstones. This type of subject developed toward the end of the 18th century and early 19th century. It is a commemorative piece, as the young woman painted in grayscale and profile is none other than Marie-Antoinette, the beheaded Queen of France.
Weight: 4.9 oz (140 g) L: 3 in (7.8 cm) W: 2.4 in (6 cm) H: 1.2 in (3 cm)
Gold Marks: Crowned P, prestigious marks
Master goldsmith: F.S. Craftsmanship probably from Hanau, Germany.
Late 18th century.
Price: 29000€.
REF: 6921