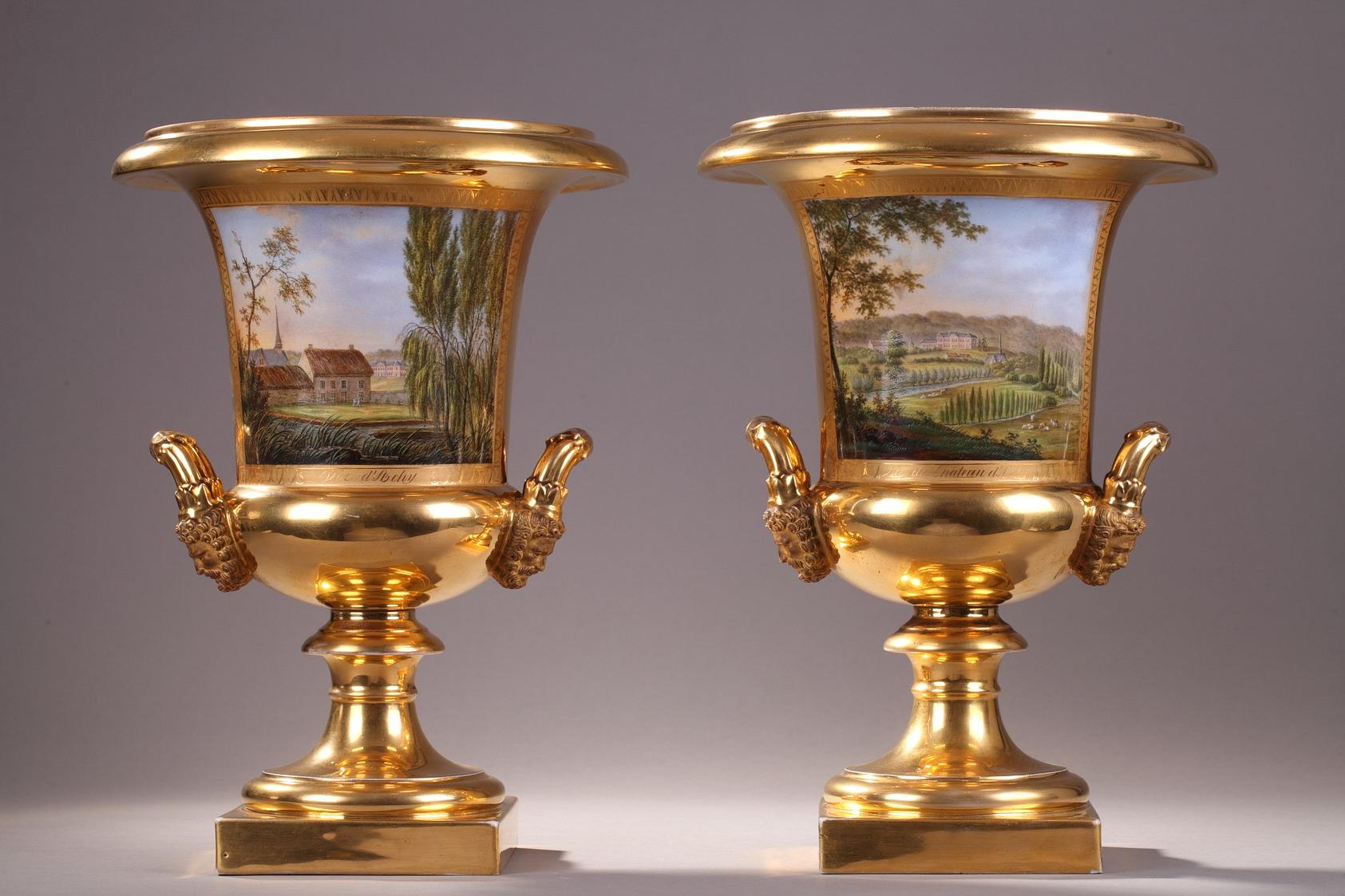 Exceptional pair of Porcelaine de Paris Medici vases. The rim, pedestal stem, and base of each vase are gilded. Each vase has two handles in the form of intricately detailed faun’s heads. On the paunch of each vase are painted landscape scenes. On one of the vases is a rural valley with sheep grazing next to a river which winds around to a hillside château made of bricks. One the other vase is a view of a church and its associated buildings which are set beside a river lined with willows. Each landscape scene is framed with a band of matte gold. The vases bear the inscriptions, “vue d’Achy” (view of Achy) and “vue du château d’Achy” (view of the Achy château). The church is the Eglise Saint Martin, Saint Fiacre of Achy in the Oise department of France, just north of Paris. The château of Achy was rebuilt in brick in 1750 for the Carvoisin family and still has a view of the Thériney valley. The château came into the possession of the Clermont Tonnerre family through an alliance, and its most illustrious tenant was the Marquis de Clermont Tonnerre, the Minister of War during the reign of Charles X in 1826. In the 19th century, Feuillet was a French painter on porcelain who worked at Rue de la Paix in Paris. By the 1820’s he had a studio at this address that specialized in painting on porcelain. He was succeeded by Boyer around 1845, who was then followed by Jacques and Boyer, Paul Blot and Hebert.
Height: 13.2 in (33.5 cm) Diameter: 9.8 in (25 cm)
Base: 4.9 x 4.9 in (12.5 x 12.5 cm)
Early 19th century craftsmanship. Circa 1820-1830.
Price: 17000€
REF:4596