QUARTZ AND GOLD SNUFF BOX WITH ENAMEL AND DIAMOND.
ROZET AND FISHMEINSTER, LATE 19TH CENTURY. Enquire about this Item 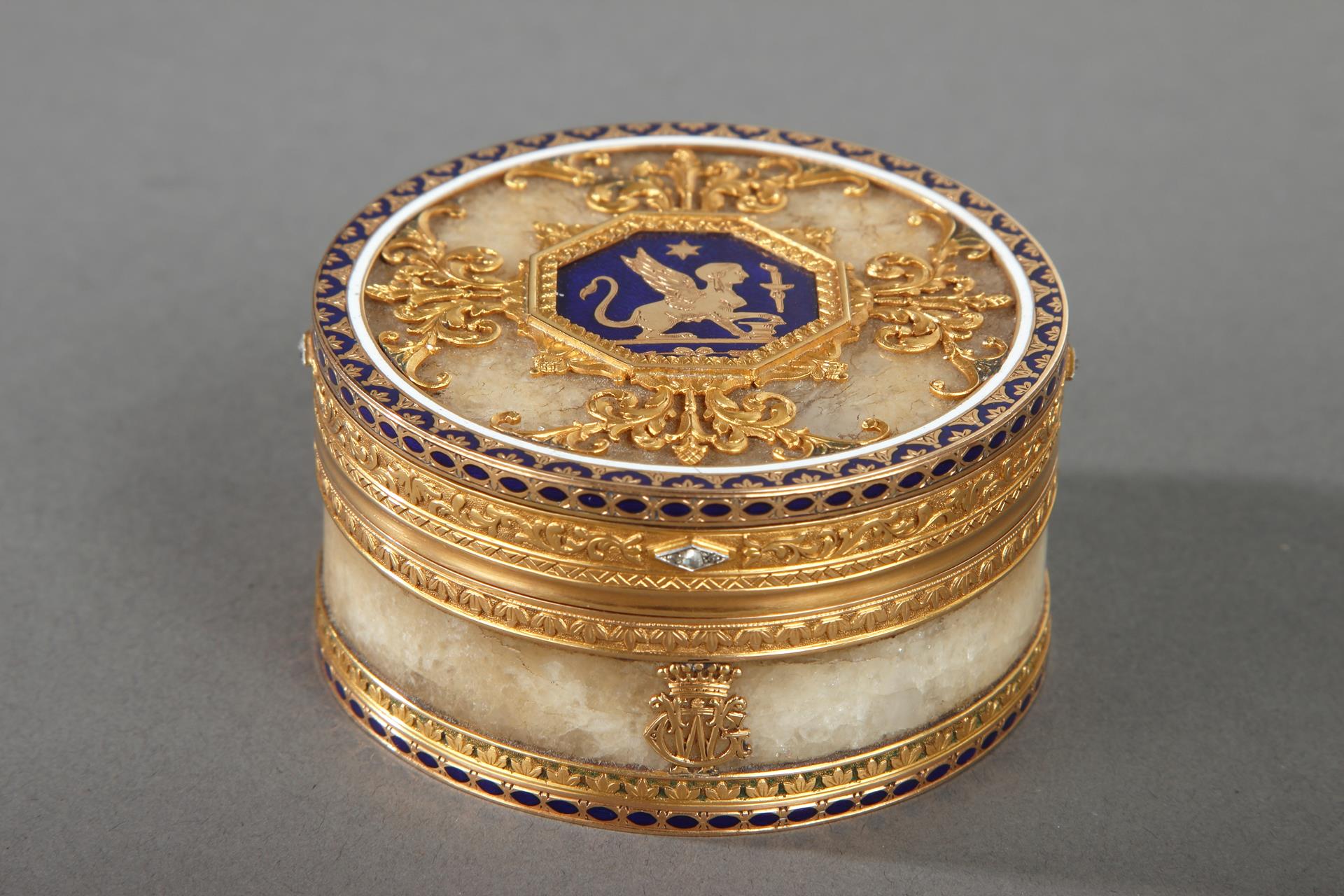 Circular quartz snuff box set in a gold and enamel mounting. The hinged lid is embellished with an octagonal medallion featuring a sphinx lying under a star in a royal blue background. The medallion is framed with four rinceaux motifs. The mounting is intricately sculpted with palmettes and accented with blue enamel as well as a band of white enamel. A button decorated with a small diamond serves to open the box. A monogram on the body of the box features the letters GW and is topped with a crown. This snuff box belonged to Mrs. H. Holt, whose family reportedly received the snuff box from a minister of Austria’s Emperor Franz Joseph I. Monogrammed gold mark: RNF for Rozet and Fishmeinster. This business was founded in 1770 when a French haberdashery merchant moved to Austria-Hungary. The design house was associated with Franz Karl Fischmeister at the end of the 19th century and became the Imperial supplier for Emperor Franz-Joseph I and his wife Sissi. Diameter: 2.6 in (6.5 cm) Height: 1.3 in (3.3 cm)
Viennese craftsmanship from the late 19th century. Circa 1860-1870.
In 18th century taste.
Former history: Sotheby’s sale on 20 June, 1966.
Price: 39000€
REF: 4808