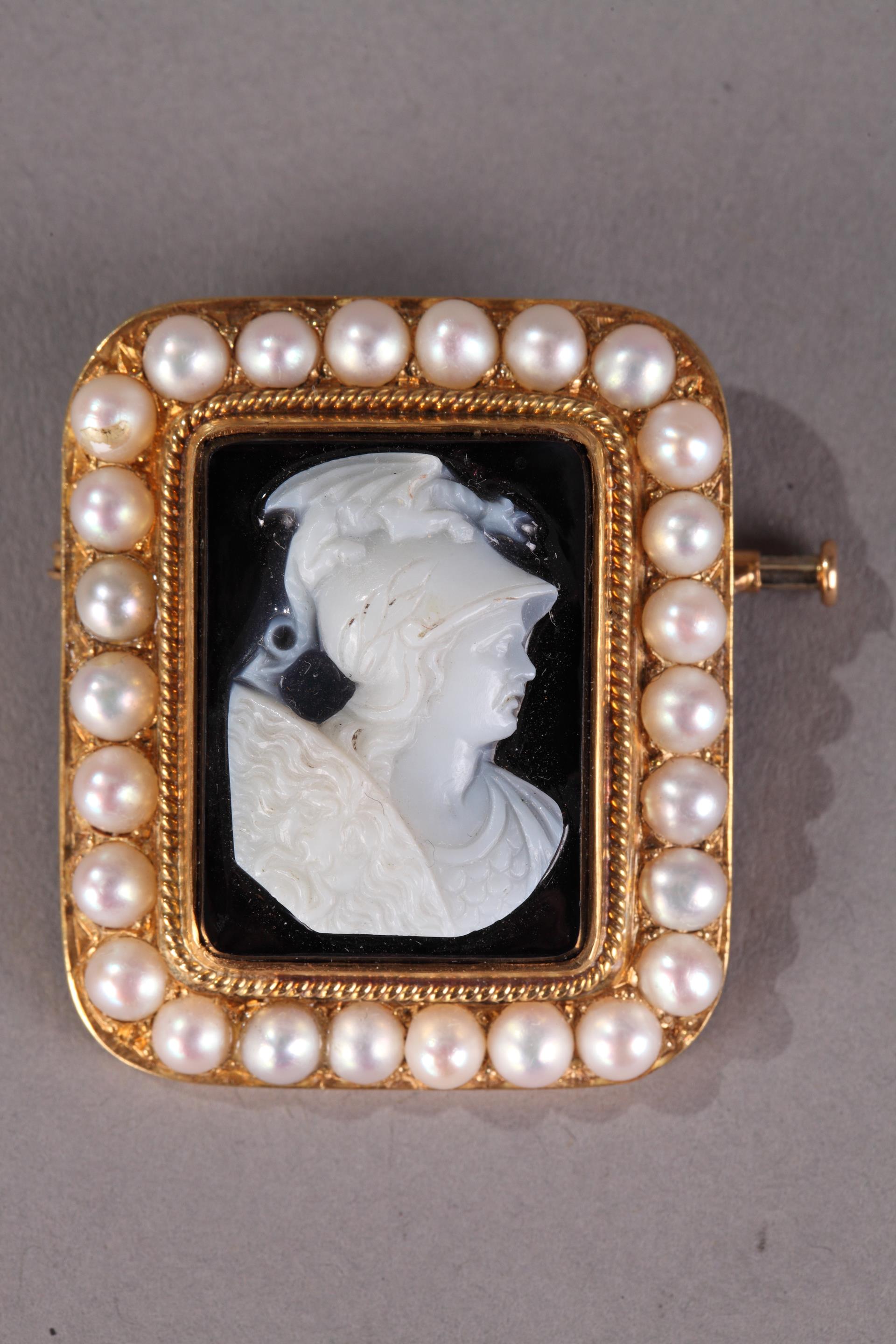 Brown agate cameo featuring a young man wearing a helmet and looking toward the right. The artist intricately sculpted the white vein of the agate to bring the delicate profile to life. The character portrayed is Perseus, wearing his helmet with a small dragon on top, which references his battle with a dragon to liberate Andromeda. He is also carrying his shield that is decorated with Medusa’s head. The cameo is set in a gold mount that is ringed with pearls. The cameo can be worn as a brooch or as a pendant, by use of an attachment on the back (to wear as a brooch), or a removable clasp (to wear as a pendant). While the art of sculpting gemstones has been in existence for millennia, the 19th century saw a renewal of the art of creating cameos. These cameos were worn as jewelry and showed the affinity of their owners for classical culture. 19th century cameo. Mounting was created more recently. Weight: 0.8 oz (22 g) Height: 1.4 in (3.6 cm) Width: 1.2 in (3.1 cm) Price: 2200€