Miniature on ivory. Signed F.Bernard. Enquire about this Item 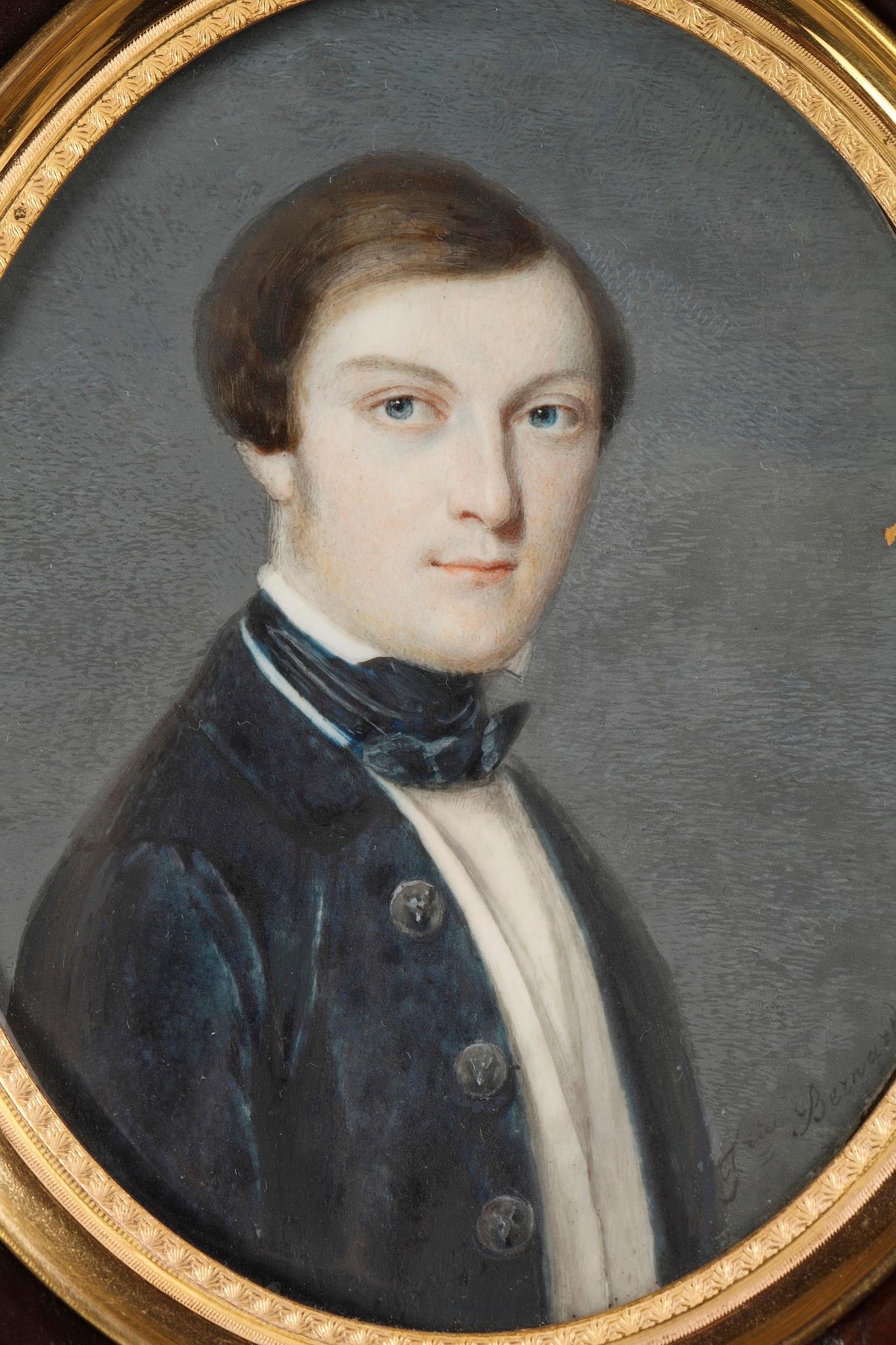 Large, oval miniature on ivory featuring a half-length portrait of a young man set on a monochrome gray background. The young man is wearing a navy blue jacket with animal-motif buttons. He is wearing a white shirt and a large bow tie. The background features a grey and black family crest topped with a crown. The miniature is set in a wood frame and protected by a domed glass. This portrait, dating form 1845, is of Charles Alfred Marquis de Boisthierry (1824-1890). He was a Prefect of several localities over time and, as a result, his family owned the Renault Chateau near Tours, France. This portrait was a birthday gift from his wife, Hélène, Mary Butler Fellowes (1822-1877). She was the daughter of the famous Captain William Dorset Fellowes, whose portrait on ivory is currently conserved in the Royal Greenwich Museum. The miniature is signed F…Bernard, who was active around 1824-1850. He was an accomplished artist, with a style similar to Madame de Mirbel. H: 6.9 in (17.5 cm) / W: 6.1 in (15.5 cm) Miniature: 4 x 3.1 in (10 x 8 cm) From the first half of the 19th century. Restauration period. Price: 2500€. REF:6445