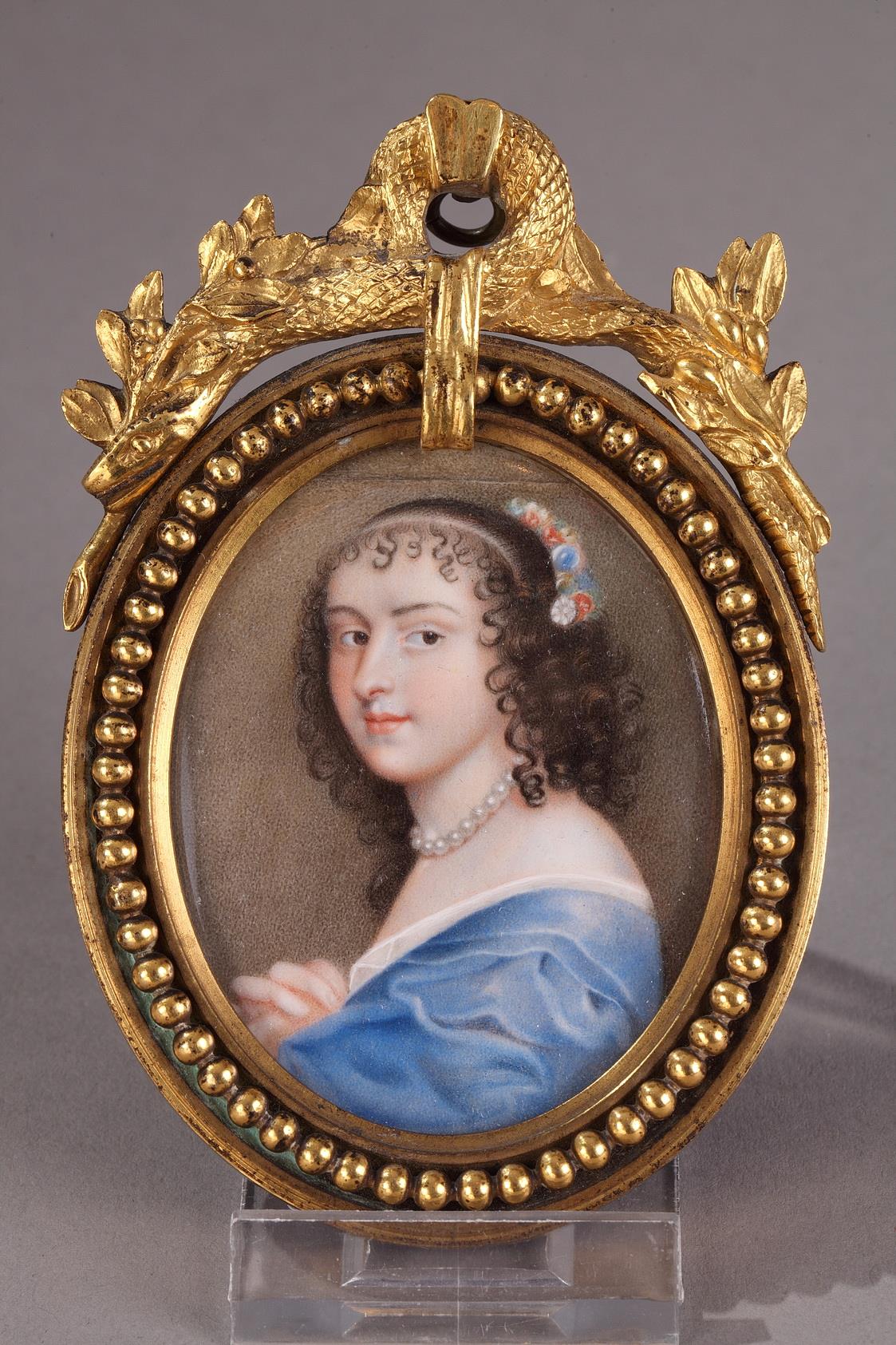 Oval miniature on ivory featuring the bust of a young woman wearing a blue dress, a pearl necklace and black curly hair falling on her shoulders. A bouquet of flowers adorn her hair. The face is painted with a fine pointillist dots. This young beauty stands out against a monochrome background. An addition of ivory was made in the top of the miniature. This miniature dating from the 19th century, and was inspired bythe portrait painted on enamel of Ninon de Lenclos by Jean Petitot the oldest (Louvre Museum). Anne "Ninon" de Lenclos (1620-1705) was a freethinker and held a salon in the 17th century. She was one of the most beautiful women of her time. Price: 2200€ REF: 6899