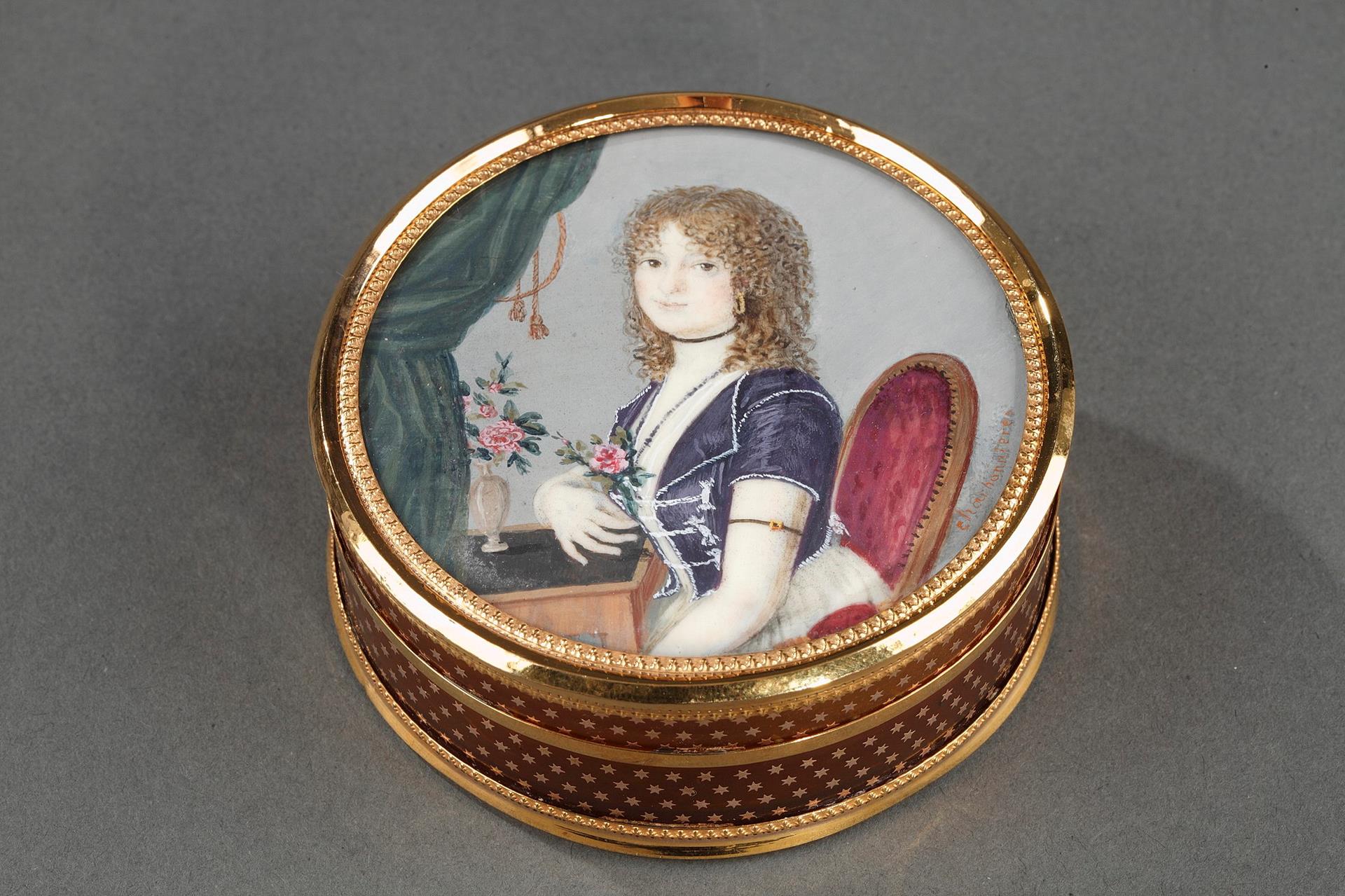 Circular box in blond tortoiseshell inlaid with a gold star pattern. The box and the miniature on ivory are encircled with gold bands. The removable lid is ornamented with a circular miniature on ivory that features a portrait of a young woman in an interior. The young woman seated and presented three quarters is dressed in a small blue jacket. She holds in her hand a rose from a vase on a table. A green curtain highlights the scene. The miniaturist Charbonnières accurately represented the hand of this young woman and her jewels: creole earrings, arm bracelet, knot and chain. Some usual wear.
D: 2.75in. (7cm) / H: 1.18in. (3 cm)
Weight:2.53 oz (72g).
Period: Early 19th century.
REF:4905
Price: 3200€