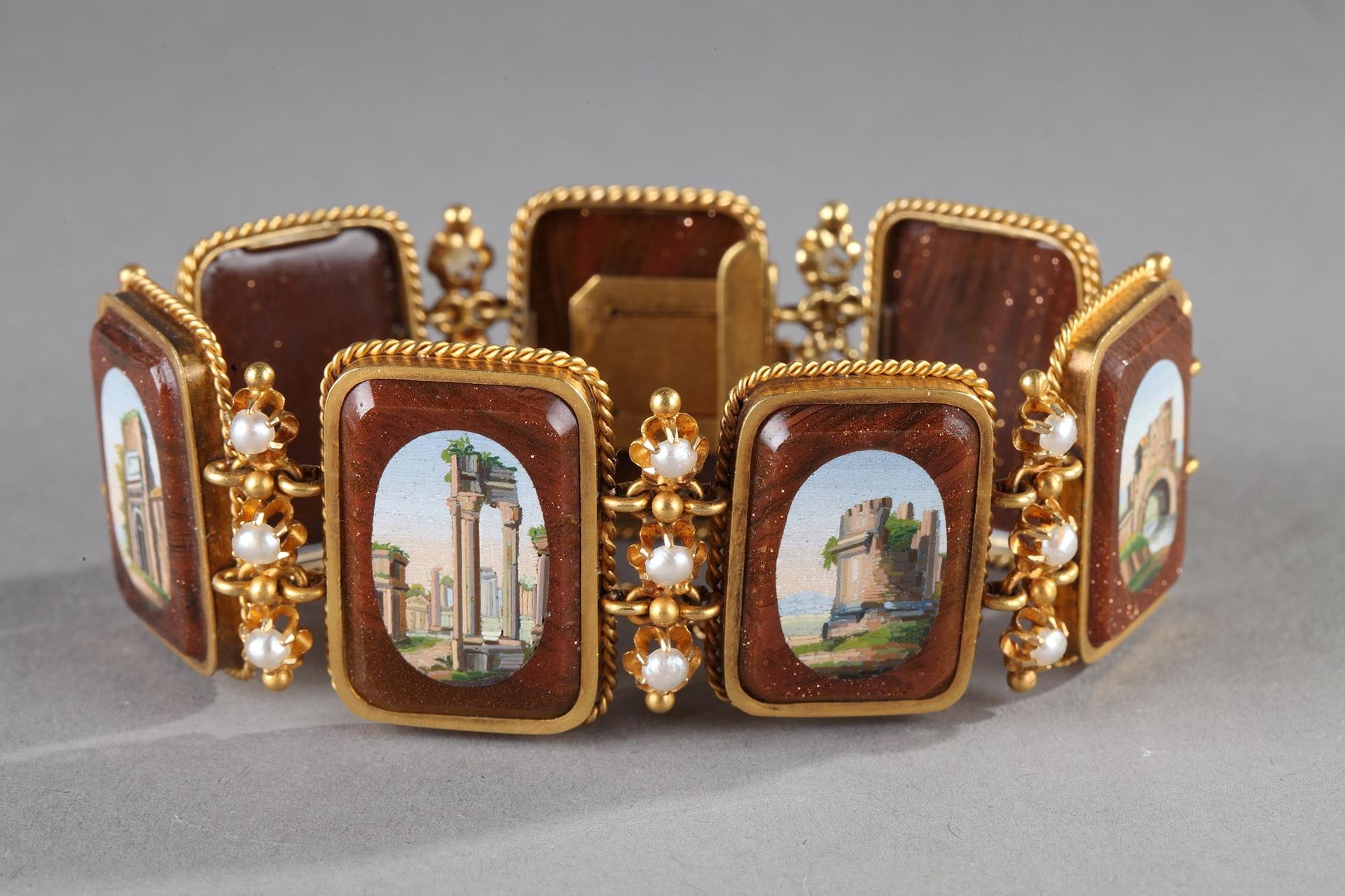 Gold bracelet, pearls, aventurine and micromosaics. The bracelet is decorated with seven rectangular medallions. Each medallion represents a view of a Roman monument such as the temples of Hercules Cori, the Vesta, the Sybille Tivoli but also the tomb of Cecilia Metella ... Each medallion is set in a gold mount adorned with a fine twisted gold net. The medallions are articulated to each other and adorned with three half-pearls.
This bracelet is characteristic of items brought back during the "grand tour" 'made by wealthy Europeans in the late 18th and early 19th century.
L : 6.49in. (16,5 cm)
Gold.
​Early 19th century.
Price:9000€
REF:3903