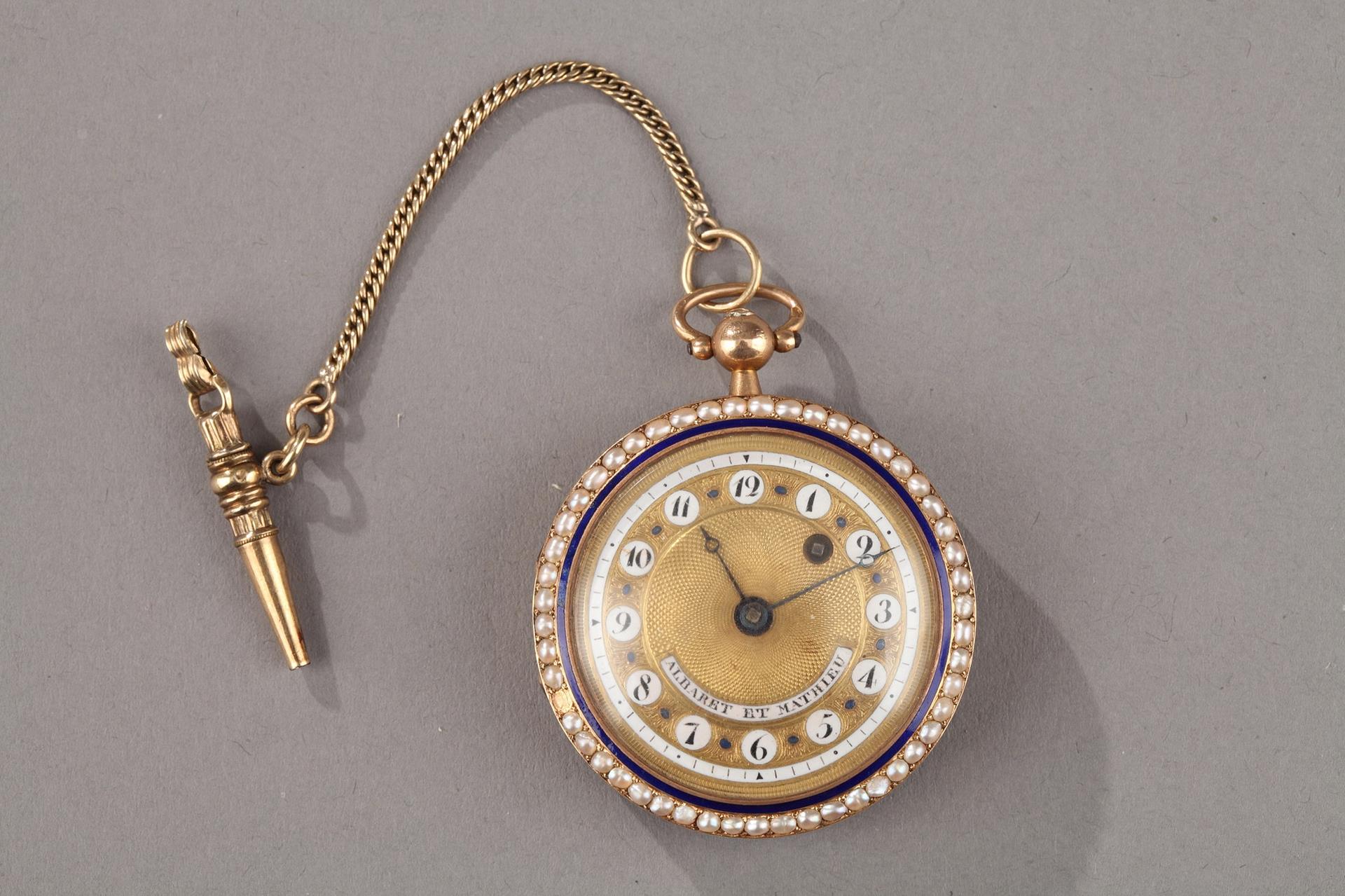 Gold pocket watch. The watch face features in intricate radiating “barley seed” pattern. The numbers are in enamel, and the watchmaker’s name is on the lower half of the face. The dial is protected by domed glass and embellished with pearls and a thin band of royal blue enamel. The back of the watch repeats the same radiating pattern as the front.
The clockwork is in working condition and includes its chain and gold key.
Albaret and Mathieu were Swiss clockmakers as well as creators of automated figures such as singing birds from the early 19th century.
D: 1.4 in (3.5 cm)
Gold marks: Rooster (1798-1809).
Early 19th century. Empire period.
Two pearls missing.