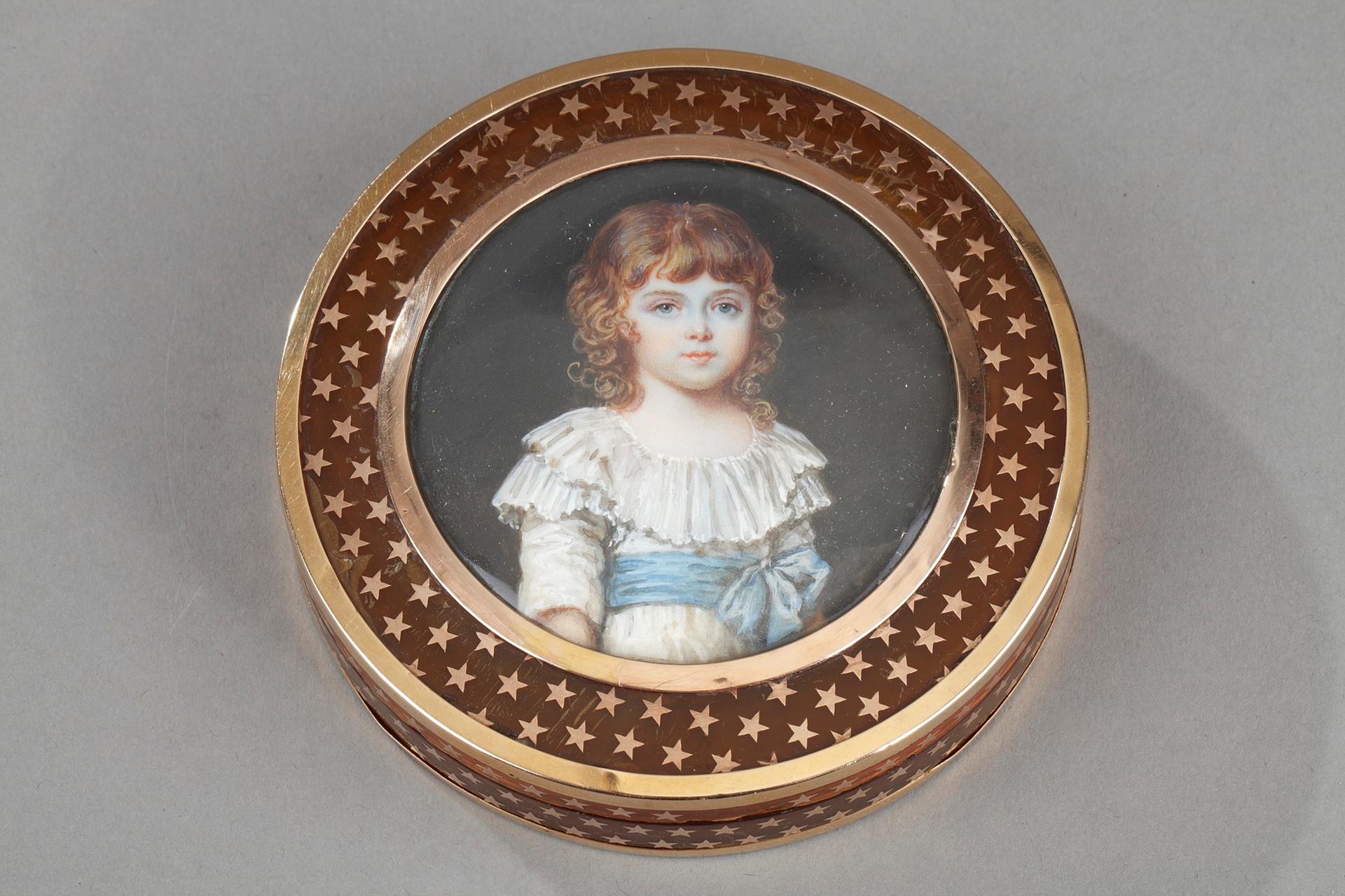 Circular box in blond tortoiseshell inlaid with a semi stars pattern and encircled by a gold frame.The removable lid is ornamented with a circular miniature on ivory that features a portrait of a young child in a white dress and blue belt in front of a uniform, dark background. Whereas the face is painted with small strokes, the clothing uses broad strokes of color. Inscription reads: Adèle Dutilleul, comtesse de Mollien (1784-1878).
Adèle Rosalie Collart Dutilleul, also known as Juliette Collart Dutilleul, was the second wife of Count Nicolas-François Mollien (1758-1850), the minister of the Public Treasury and Peer of France beginning in 1819. She lived in the Château de Jeurre in Etampes, about 35 miles (55 km) south of Paris, and was a Lady-in-Waiting for Queen Marie-Amélie.
Miniature Diameter: 2.4 in (6 cm)
Box Diameter: 3.4 in (8.3 cm)
Height: 0.8 in (2 cm)
A few small sections of gold missing.
Late 18th century work.
Price: 4800€
REF:4802