18th Century Box with miniature signed BARDIN and gold. Enquire about this Item 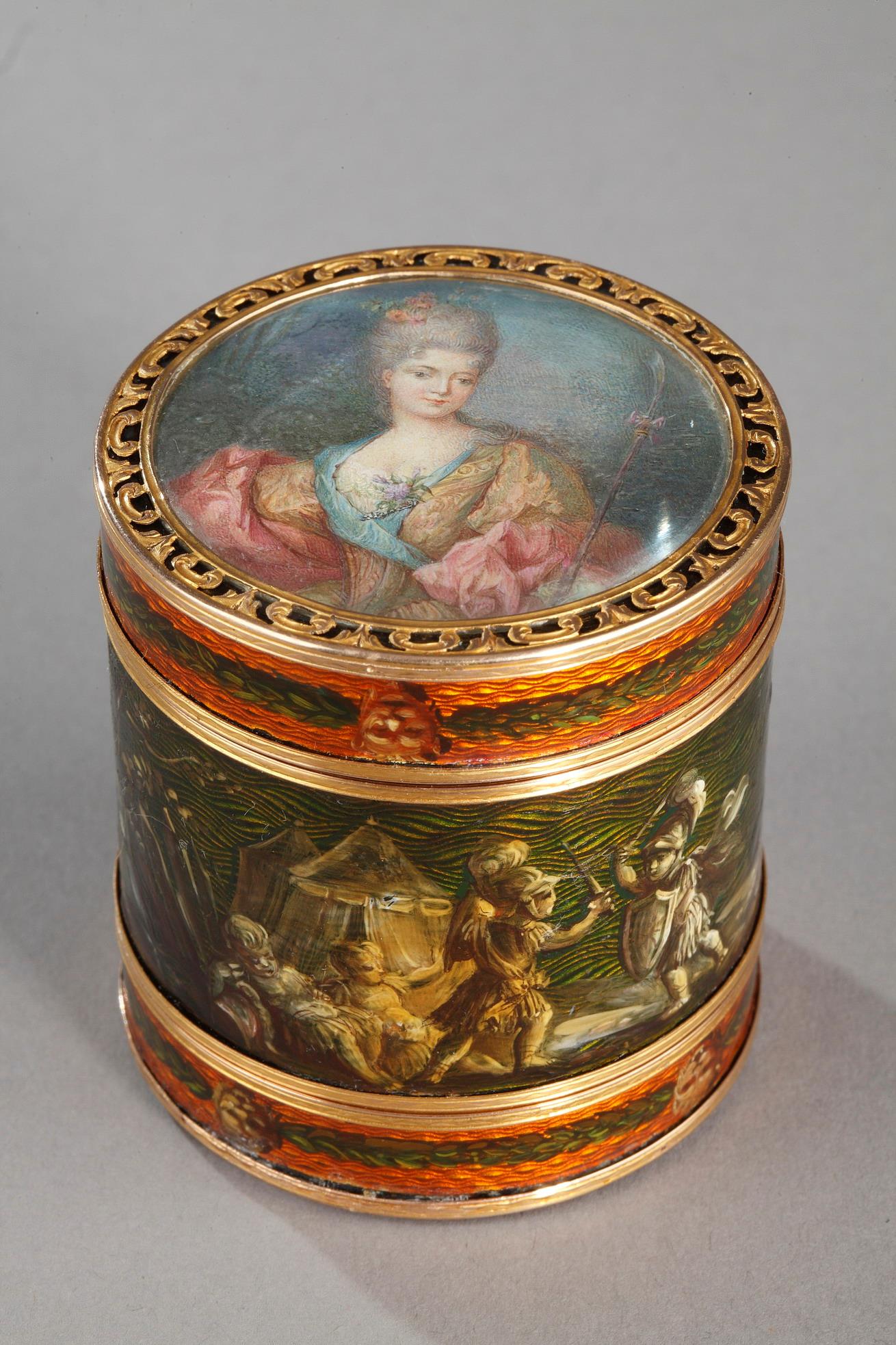 Cylindrical box in Martin varnish, brown scale and gold mount. The box has two compartments with removable lids. Each lid is decorated with a miniature on ivory. On one of the lids, a man in armor is presented, uncovered head turned to the right. It stands out against a bluish background or a tent is presented. This miniature is made after the painting by Hyacinthe Rigaud and represents Louis-Henri De la Tour d'Auvergne This miniature is signed BARDIN.On the other cover, a young woman of quality holding a spear is represented.
The body of the box is decorated with putti painted in grisaille helmeted and armed stand out against a green and golden background. The interior is brown tortoiseshell.
Ambroise Marguerite Bardin 1768-1838, Madame Pierre-François Mollière is the daughter of Jean Bardin painter. She was a pupil of her father and became a painter on canvas, miniaturist and pastellist. She married in Orléans Pierre-François Mollière master of drawing and assistant of his father. H: 2.1 in. (5.5 cm)/ Diameter: 1.9 in. (5 cm).
Louis XV period.
Price:8500€
REF:4779