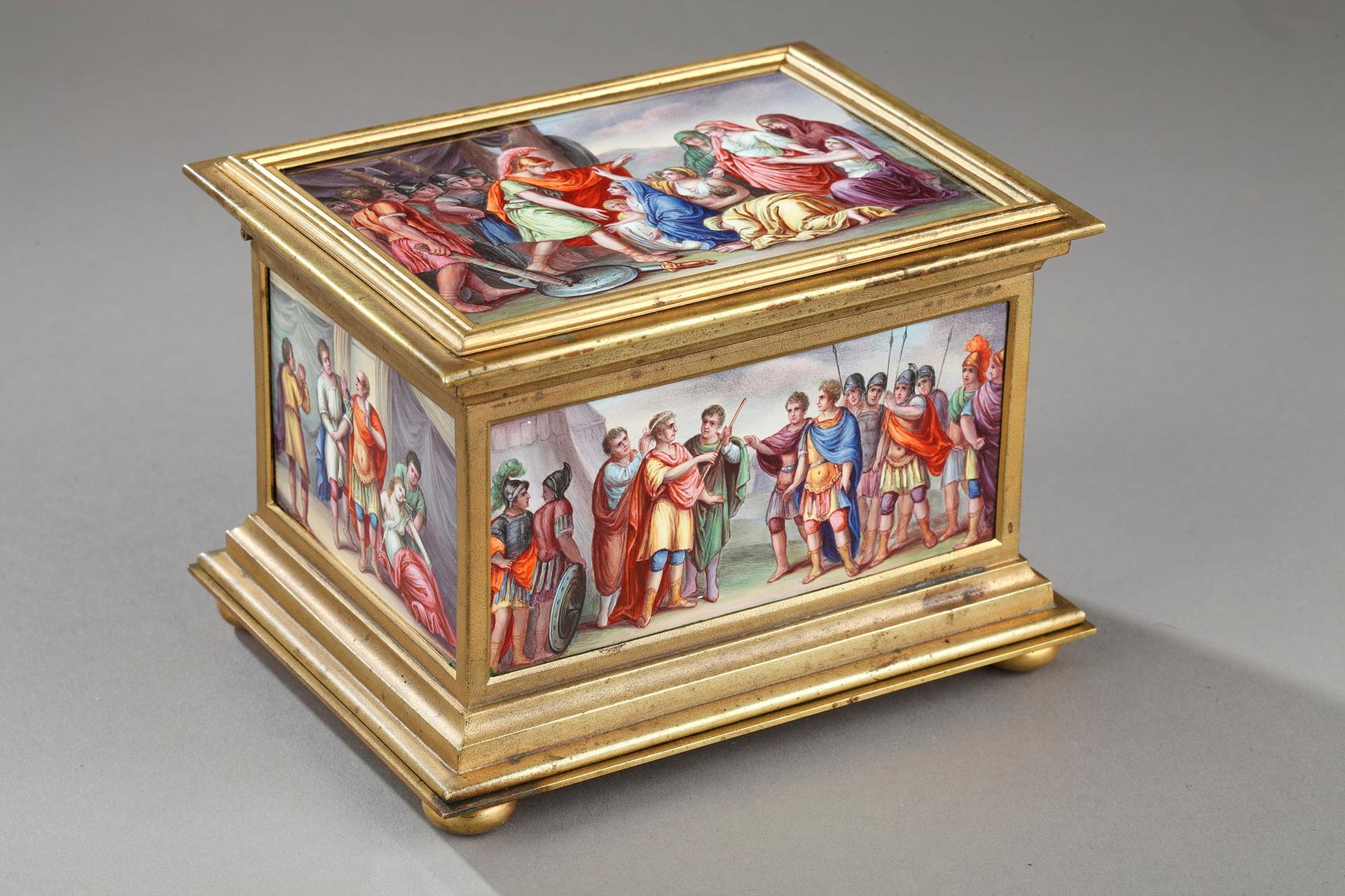 Rectangular box in gilded bronze set with polychrome enamel plates. Each plate presents scenes from Roman history. Thus, the plate adorning the hinged lid depicts the lictors, guards of the magistrates and surrounding Marcus Aurelius who came to rescue the people of Rome represented by the women and children kneeling. On the tarp, other scenes present scenes of the life of Julius Caesar including his assassination.
This box is characteristic of the historical style that developed in Vienna during the second half of the 19th century. The interest of the objects of the 16th and 17th century develops. Thus, many pieces of enamelled form make their appearance. These pieces are strongly influenced by the Renaissance and the taste of the cabinets of curiosities or rooms of wonders in vogue in the 16th- 17thcenturies. These pieces are presented at international exhibitions where Viennese artists compete with those of the past.
D: 4.92in. (12,5 cm)/ l: 3.74in. (9,5 cm) / H: 3.54in. (9 cm).
Viennese work from the second half of the 19th century.
Circa 1870-1890.
Price: 6500€
REF:4739