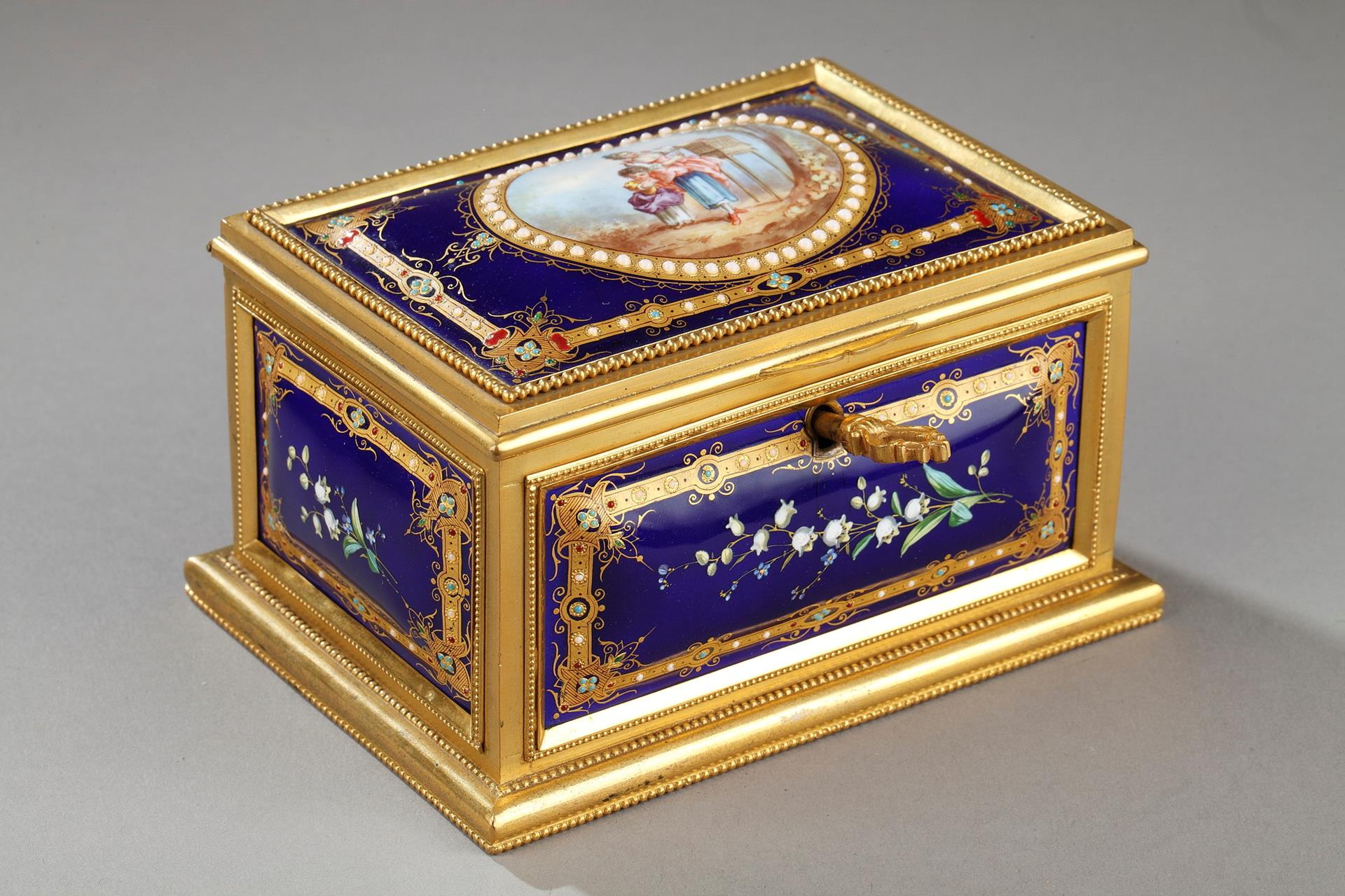 A small rectangular casket in enamel and gilt bronze decorated with pearl garland motifs and set with five enamelled plates. The lid is decorated with a blue enamelled plate with a medallion in the center depicting two young girls in 18th century costume releasing a bird from its cage. The medallion is framed by half pearls of white enamel. Each face has an enameled decor with a bouquet of flowers; lily of the valley and myosotis; on blue royal enamel background. Each panel is framed by a gold edging embellished with half enamel beads imitating gems.
Signed bronze of Tahan "11 Bouvelard des Italiens". Jean-Pierre-Alexandre Tahan (1813-1892) took over the business of his father, who had already specialized in the manufacture of refined boxes, liquor cabinets, and luxurious small furniture, then entering the category of "tabletterie". The Tahan House gained momentum and settled under the Second Empire on one of the fashionable boulevards, the Boulevard des Italiens from 1866 to 1878. Tahan became one of the suppliers of King Louis-Philippe and then of the Emperor Napoleon III and the Empress Eugenie. He executed for the imperial palaces many tables, windows, caskets and other decorative objects. The Tahan House participated in the Universal Exhibitions, where it was awarded with many medals. A silver medal was awarded to him in 1849, a second in London in 1852 and a gold medal at the Exposition Universelle in Paris in 1867. His creations are preserved today in many collections including those of the Château de Compiègne , from the Sevres Museum.
D: 12 cm / 8.5 cm / H: 7 cm.
Circa 1850-1870. Interior restored.
Signed Tahan.
Price: 2200€