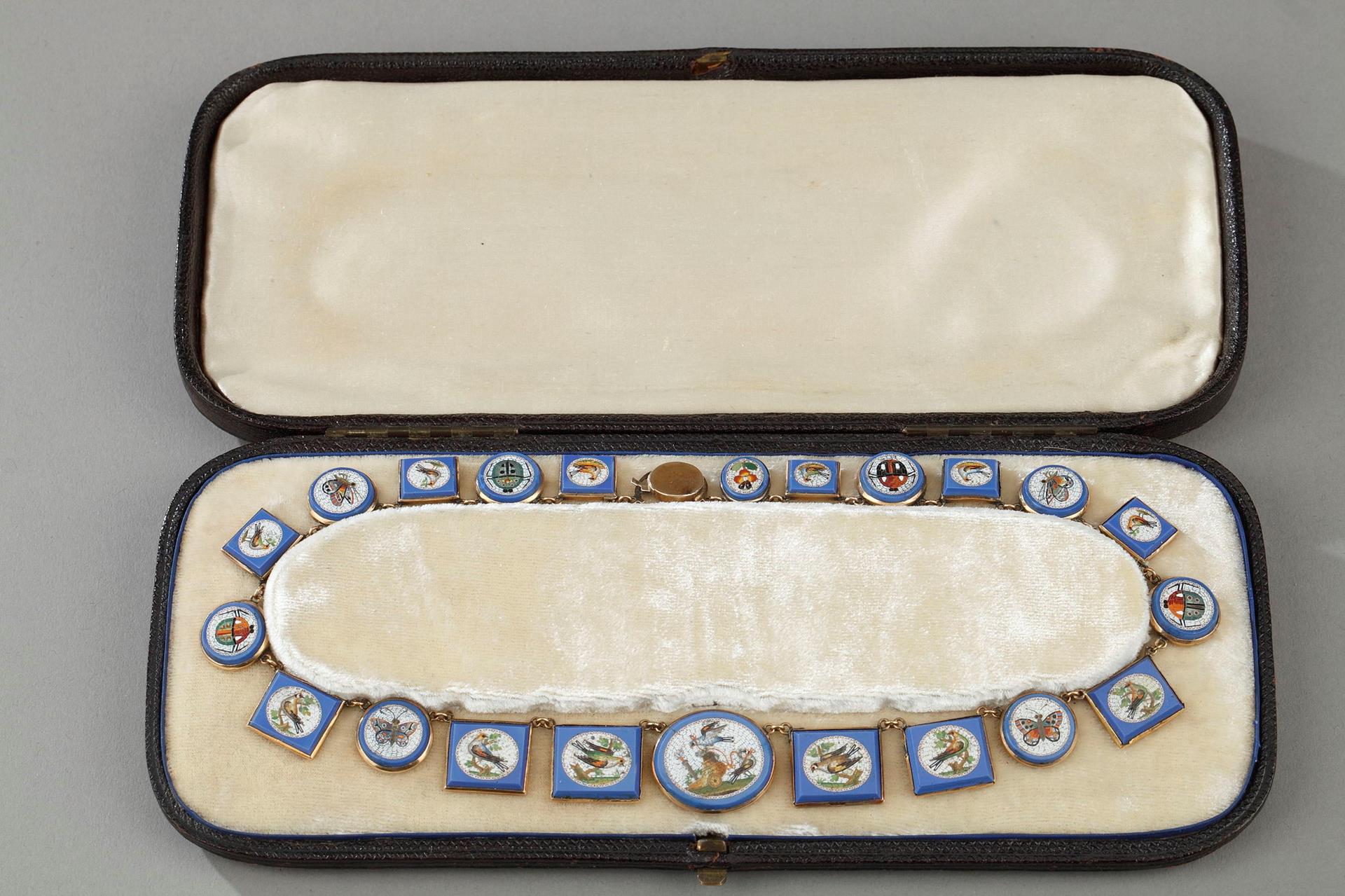 Necklace decorated with micromosaics set in a gold setting. The necklace is composed of oval medallions with micromosaics inlaid in blue glass. The themes of the micromosaic plates are not ruins but birds and butterflies. These birds symbolize hymen and love. The motif of the chariot, refers to a Pompeian mosaic discovered at the end of the 18th century in the House Vetii in Pompeii.
Micromosaic parure sets appeared with the development of the Grand Tour or extended travels that European aristocracy began to take during the 18th century. Numerous Europeans brought back small, glass micromosaic plates from their travels to Italy, which they then had reset by a jeweler in their respective countries. This type of parure set was very fashionable during the Napoleonic Empire. As such, Napoleon I offered his second wife, Marie-Louise of Austria, a micromosaic parure created by the jeweler, Nitot. This set is currently being conserved at the Louvre museum in Paris.
L: 14.5 in. (37 cm)
W: 1 oz (31g).
Eraly 19th century. First Empire.
REF:5007
Price: 15900€