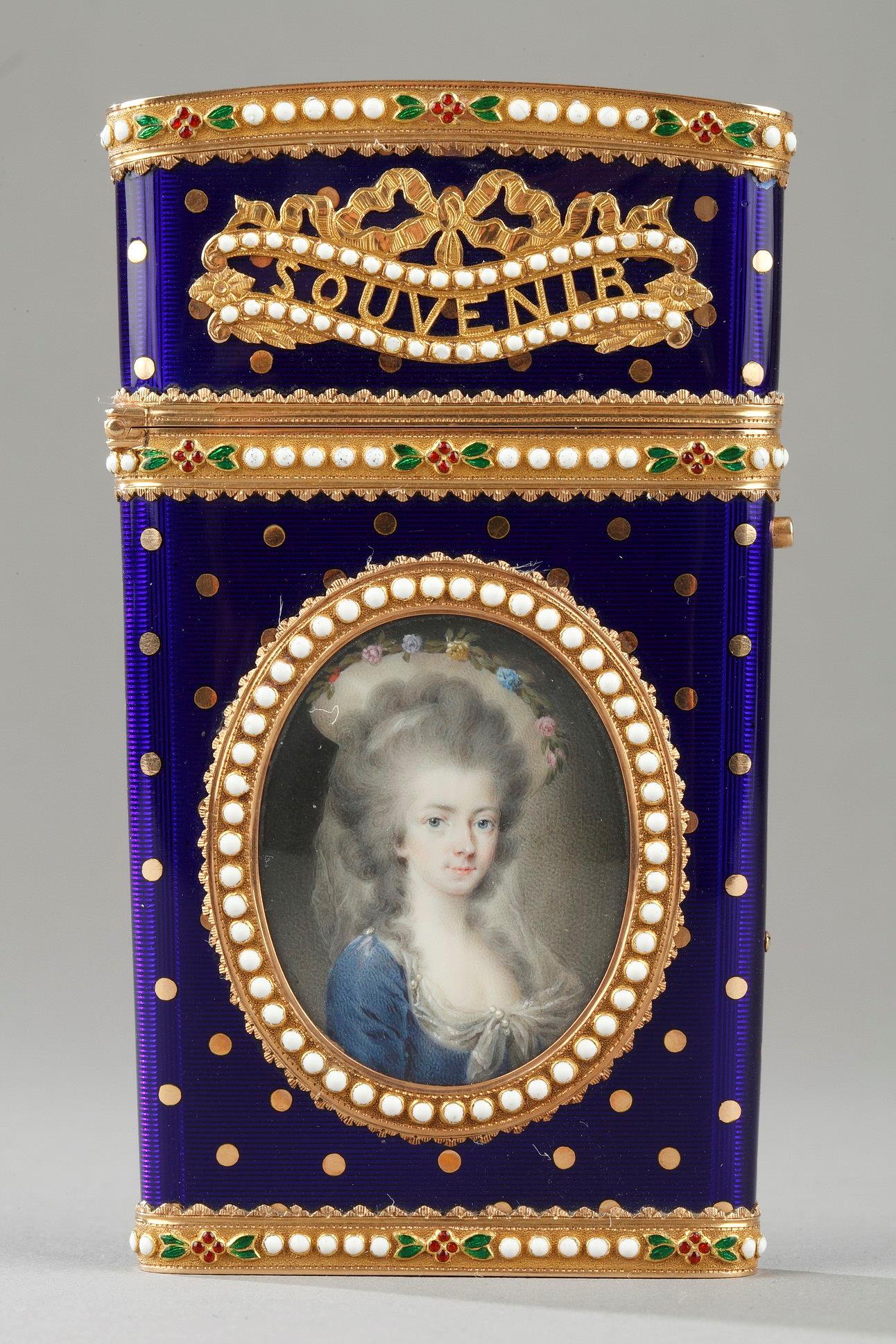 Flat, rectangular case in enameled gold. A button serves to open the hinged lid. The case is composed of four gold sections that are overlaid with translucent, royal blue enamel which leaves the intricate geometric points of the gold underneath visible. The lid features a delicately sculpted motto which reads “Souvenir d'amitié” (Souvenir of Friendship) surmounted by a knot. The two main faces of the case display medallions, one of which shows a young woman with blue eyes, hair raised and powdered surmounted by a natural hat. His scarf is embellished with pearls. The other side presents the portrait of a man in a bust and three-quarters, powdered hair wearing a jacket embroidered with silver. Each portrait is framed with half pearls of white enamel. The panels of the case are framed with an enameled frieze of flowers on a matte gold background. The case includes a pair of gold scissors, ivory tablets and a pencil.
The fashion of small cases developed during the 18th century. Eventually, small, flat cases like this one appeared, which contained ivory tablets and pencils for writing down meetings and appointments. These cases are the predecessors of dance cards, which developed during the 19th century.
H: 3.5in. (9 cm) / l: 1.9 in. (5 cm)
Weight: 3.59oz (102 g).
Gold marks:
Guarantee mark: Julien Alaterre 1768-1775.
Charge mark: crowned letter.
Charge mark: Helmeted head, 1781-1783.
Period:Louis XVI.
Price: 21500 €
REF: 7810