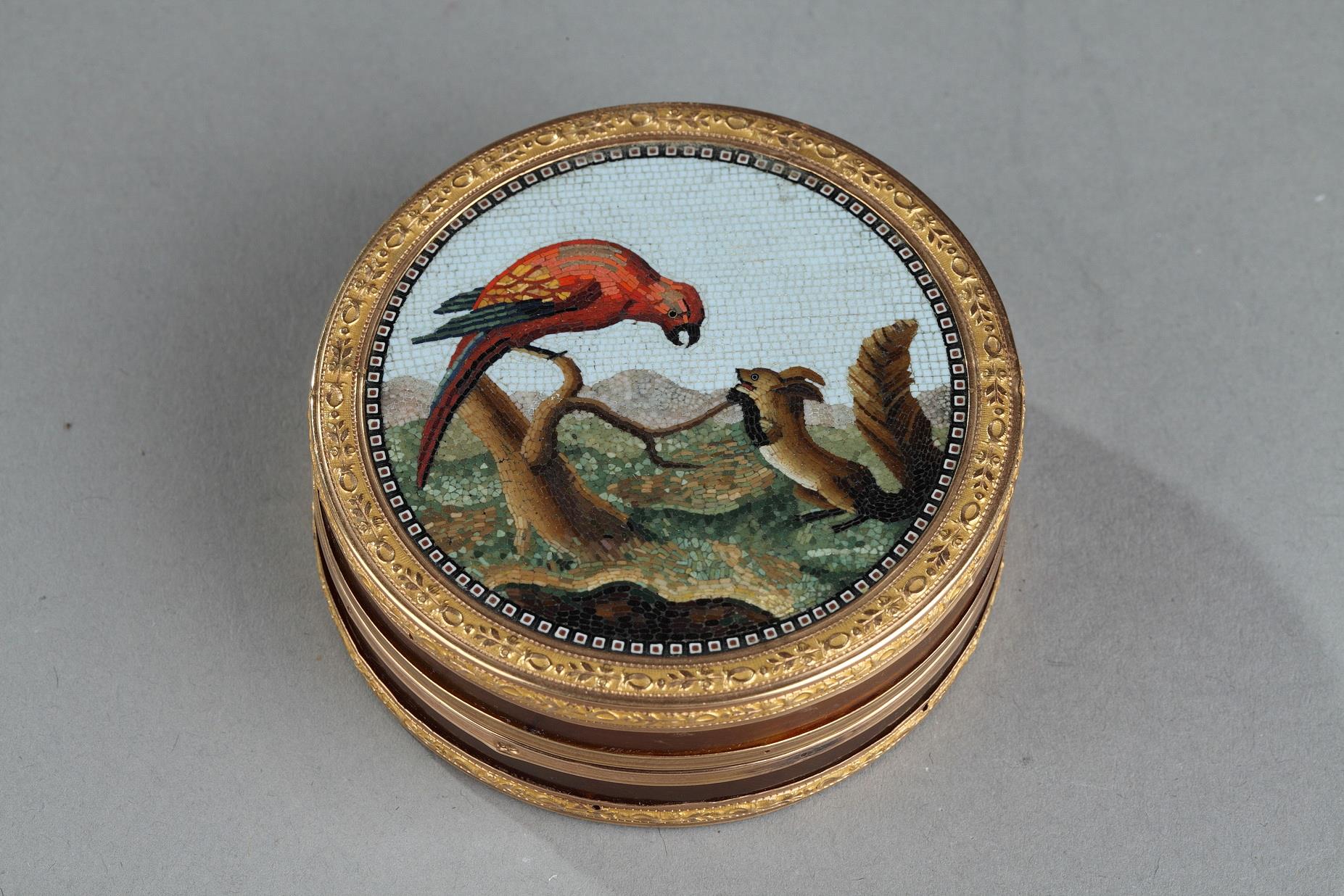 Candy box or round box in blond tortoise shell and gold. The independent lid is decorated with a micromosaic representing a fox chasing a parrot on a branch.The predatory theme of the fox was often represented in micromosaic art and was inspired by the work of the painter Johann Wenzel Peter (Karlsbad 1745 - Rome1829). Peter was active in Rome during the end of the 18th century. His paintings were reproduced as engravings and influenced numerous mosaic artists such as Cesare Aguatti et Giacomo Raffaelli, who worked in the Vatican workshops.
Gold Mark
Roaster:1798-1809.
Period: late 18th century.
Price:34000€
REF: 6090