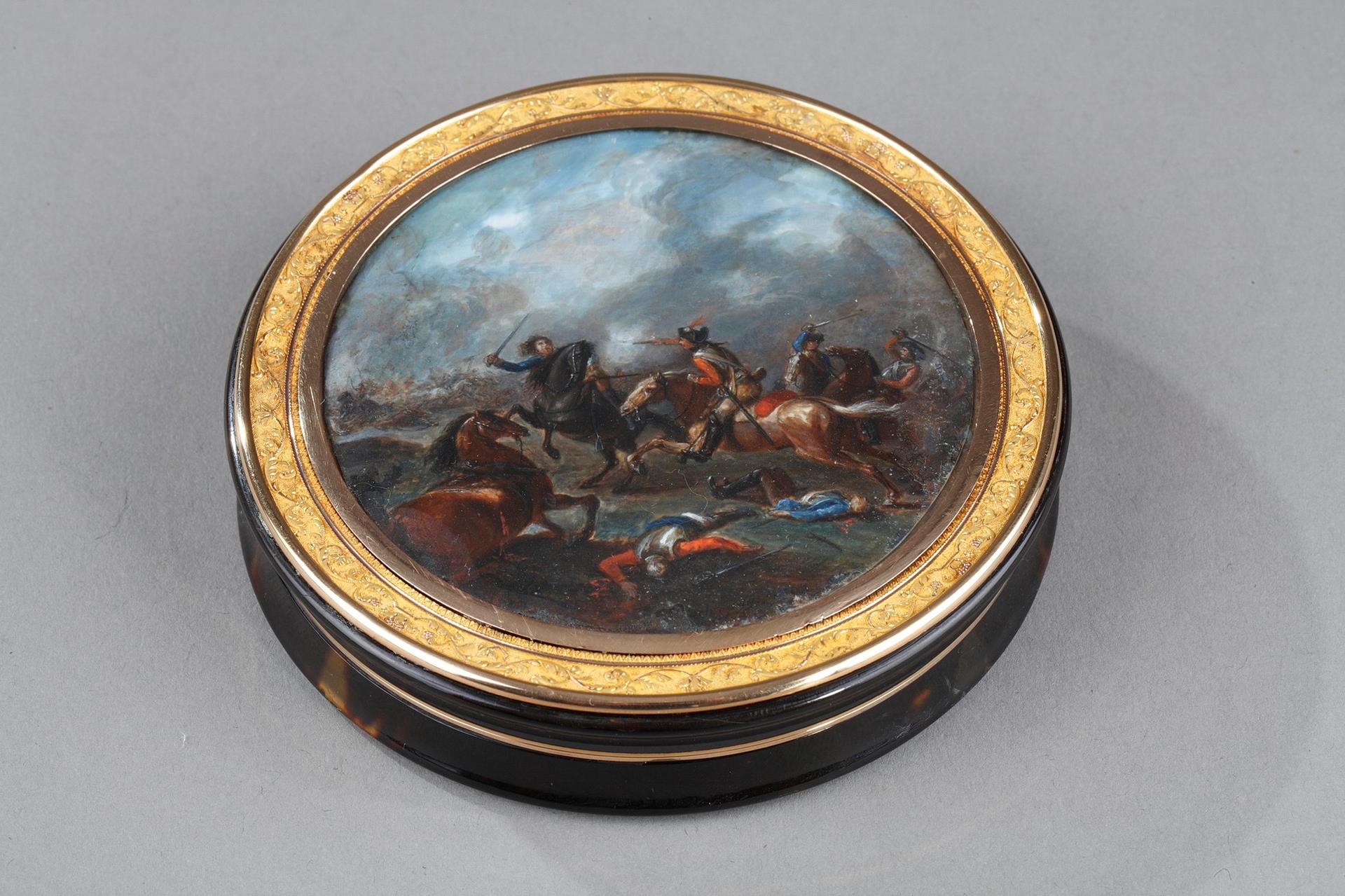 Circular or candy box in tortoiseshell and gold. The removable cover is decorated with a miniature on ivory depicting a battle scene and in particular a load of horsemen. In the foreground soldiers are shown stretched out near a neighing horse.  The horizon represented below allows a treatment of the stormy sky. It is a cavalry fight. This scene is probably inspired by the art of Joseph Parrocel at the end of the 17th century. The miniature is protected by a curved glass surrounded by gold. The entourage has a decor of a frieze of foliage on a background of Amati gold. (Strapping slightly raised). The inside of the box is fully lined with gold.
D: 3.8in. (9.8 cm) / h: 0.78in. (2 cm)
Weight: 4.5oz (128g).
Gold marks:
Bear head (1795-1797)
Bull (1819-1838)
Goldsmith: J.L
Period: Early 19th century. Restauration.
Price: 7900 €
REF:8069