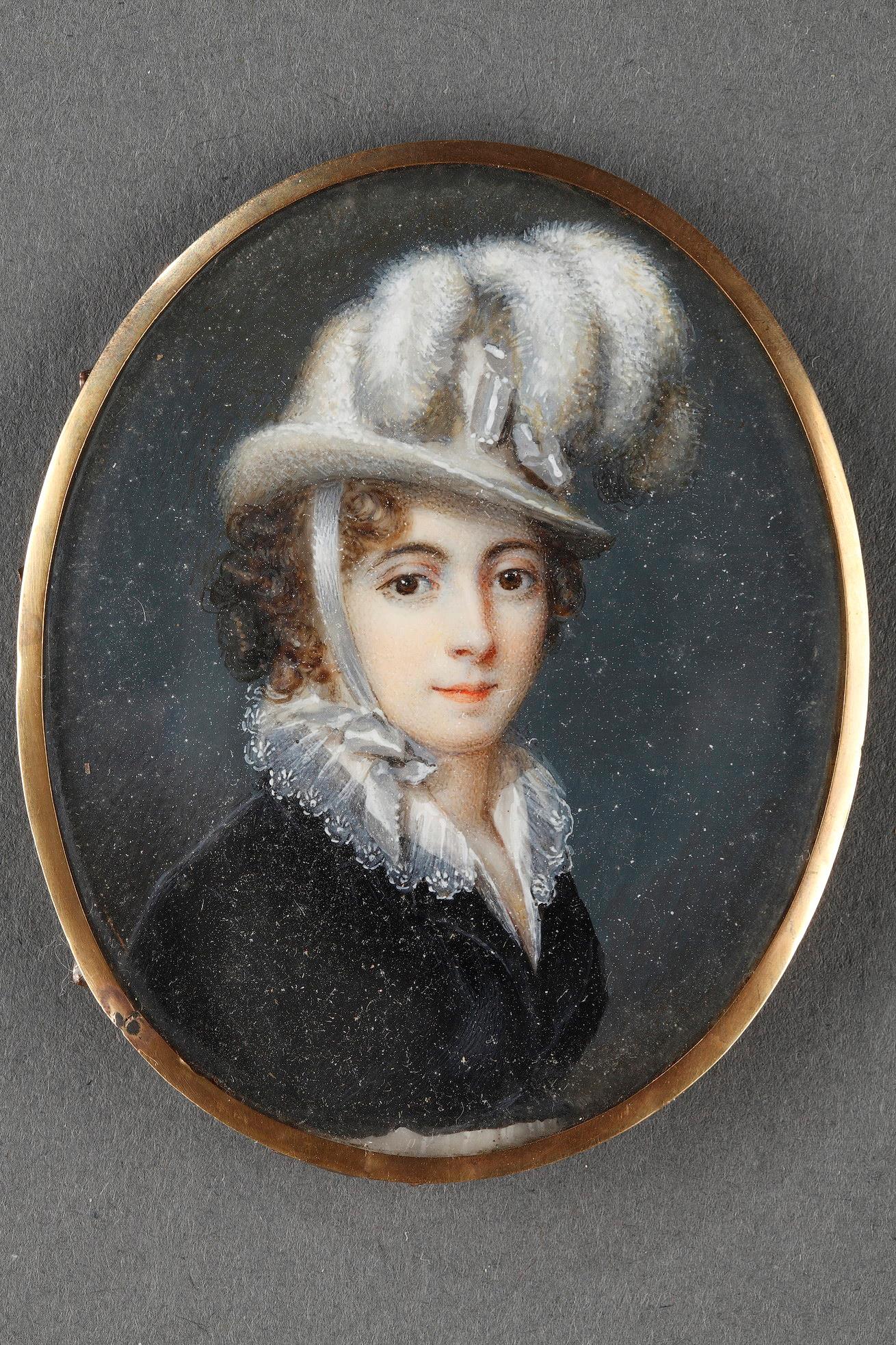 Ivory portrait of a young woman in an oval medallion. The young woman is wearing a high-waisted dress and a small jacket opening onto a lace collar. His hat is decorated with white feathers. It is a portrait of Davida Schickler Baroness of Schickler (1801-1884) who had married his cousin Baron Jean-Georges Schickler.
The miniature is in excellent condition. Only the glass shows signs of wear. The picture shows tiny white spots due to the reflection and not visible to the eye.
Price: 1700 €
REF:8102