End-18th Century Physionotrace of a young man. Enquire about this Item 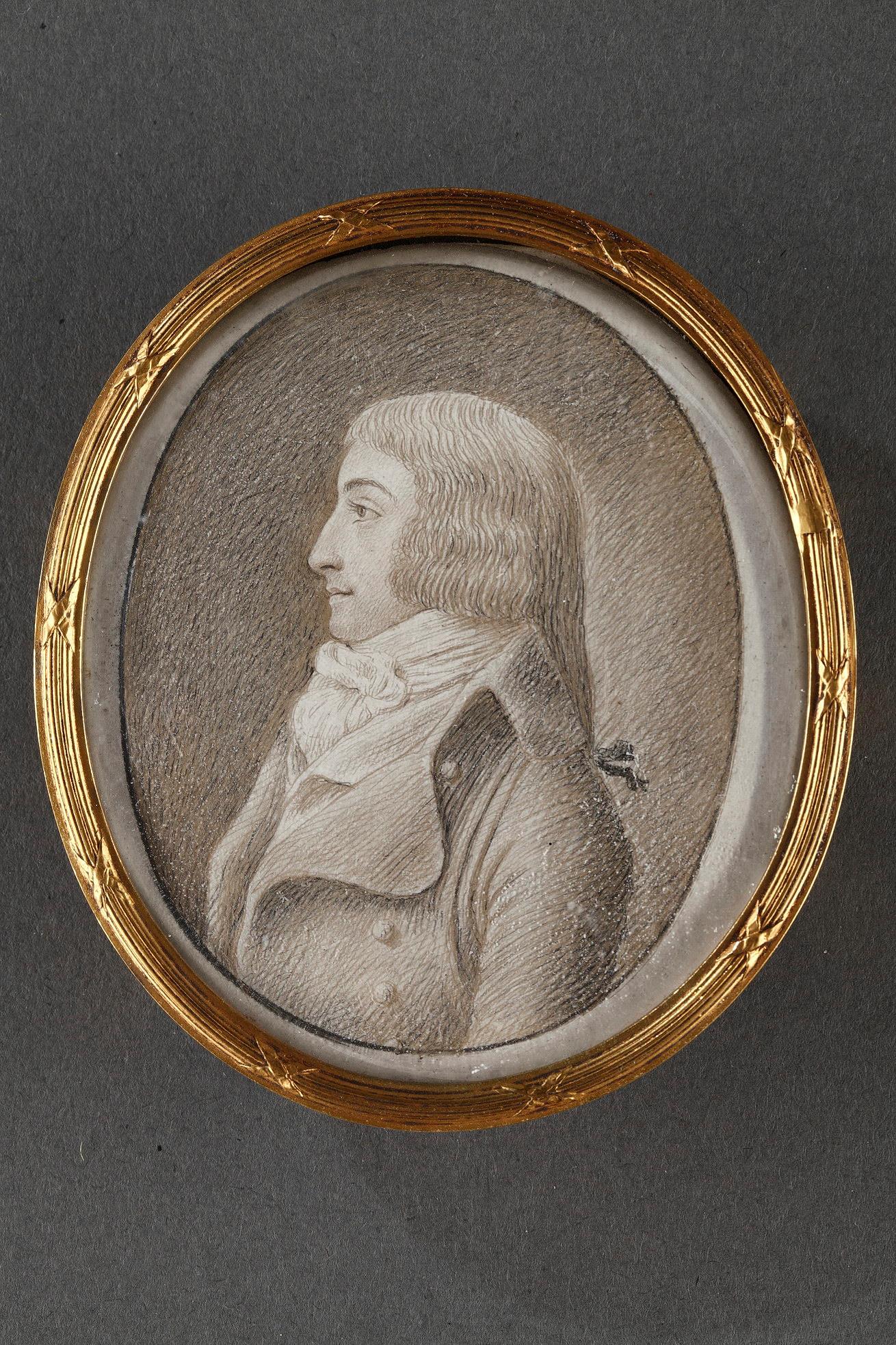 Profile portrait of a young man in an oval medallion. This young man looks to the left. He is wearing a frock coat and a frill. This is the portrait of Jean Ernest Schickler, one of which is an oil portrait kept at the Museum of the French Revolution in Vizille. Jean Ernest Schickler or Johann-Ernst Schickler (1761-1801) is the younger son of Johann-Jacob Scickler, famous Prussian banker. Jean Ernest founded the French branch of the family by coming to settle in Bordeaux.
This portrait is a rare example of physiognotrace "of a process of reproduction of portraits which, first drawn life-size, are then reduced thanks to a system close to that of the pantograph and engraved on a copper plate. profile and came back to get the engraved plate with a print run of 12 copies on paper "This process was invented by Chrétien and Quenedé at the end of the 18th century.
Price: 1000 €
REF:8104