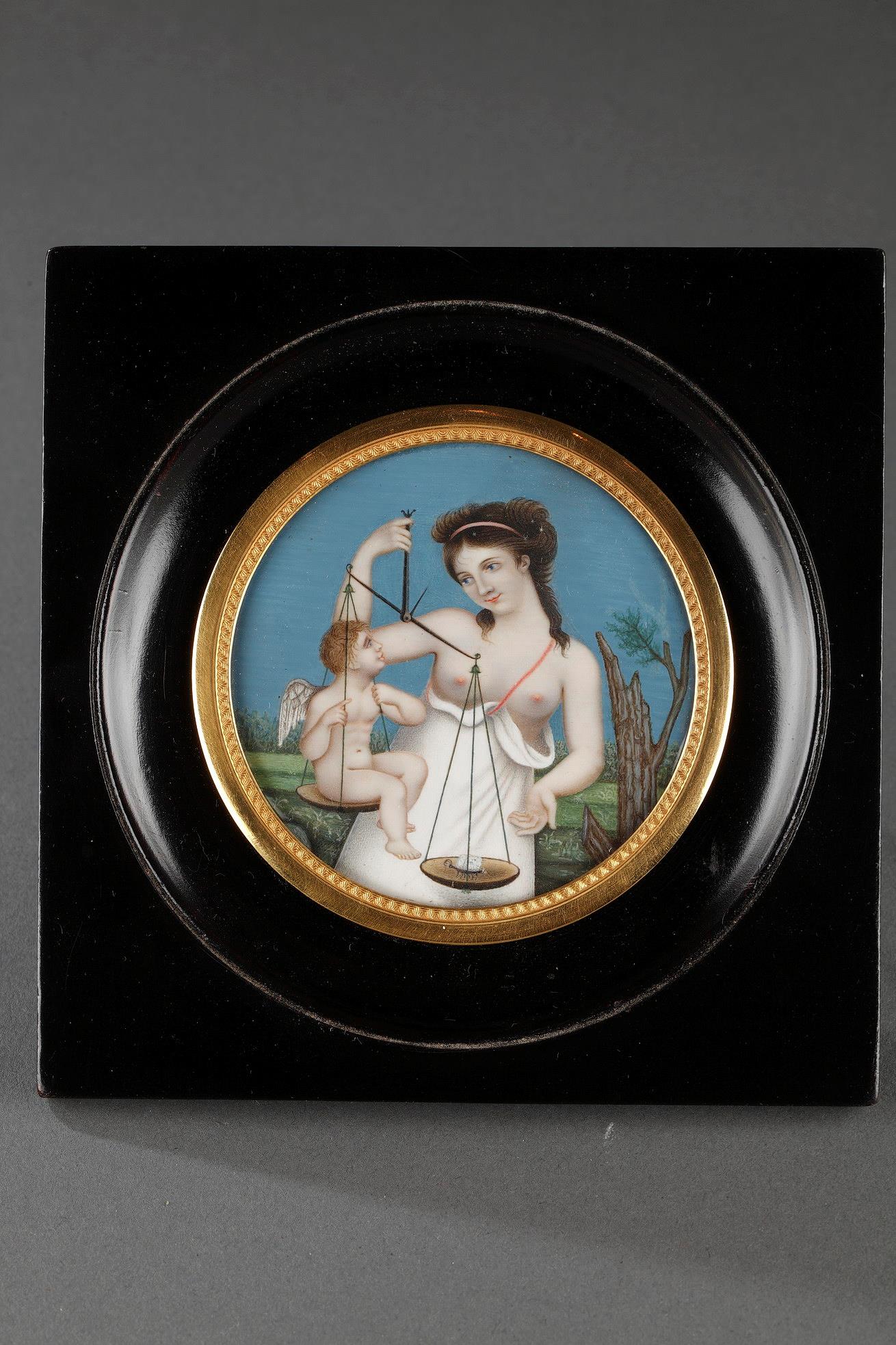 Miniature on ivory of circular shape depicting a young woman weighing with a balance a putti and a butterfly. It is probably an iconography presenting the weighing of Cupid symbolizing the eternal youth of all deep love borrowing from a certain irresponsibility and the Soul represented by a butterfly symbol of consciousness, divine love . The importance of the butterfly or the Soul is underlined by its weight. In the background a branch is reborn from a dry branch. This antique theme was often taken up by neoclassical artists in the 19th century, the most famous example of which is that of Henri-Pierre Picou.
D: 3.3in. (8.5 cm)
Frame: 5.5 in. (14 cm )
Period: Early 19th century.
Price: 1200 €
REF:4730