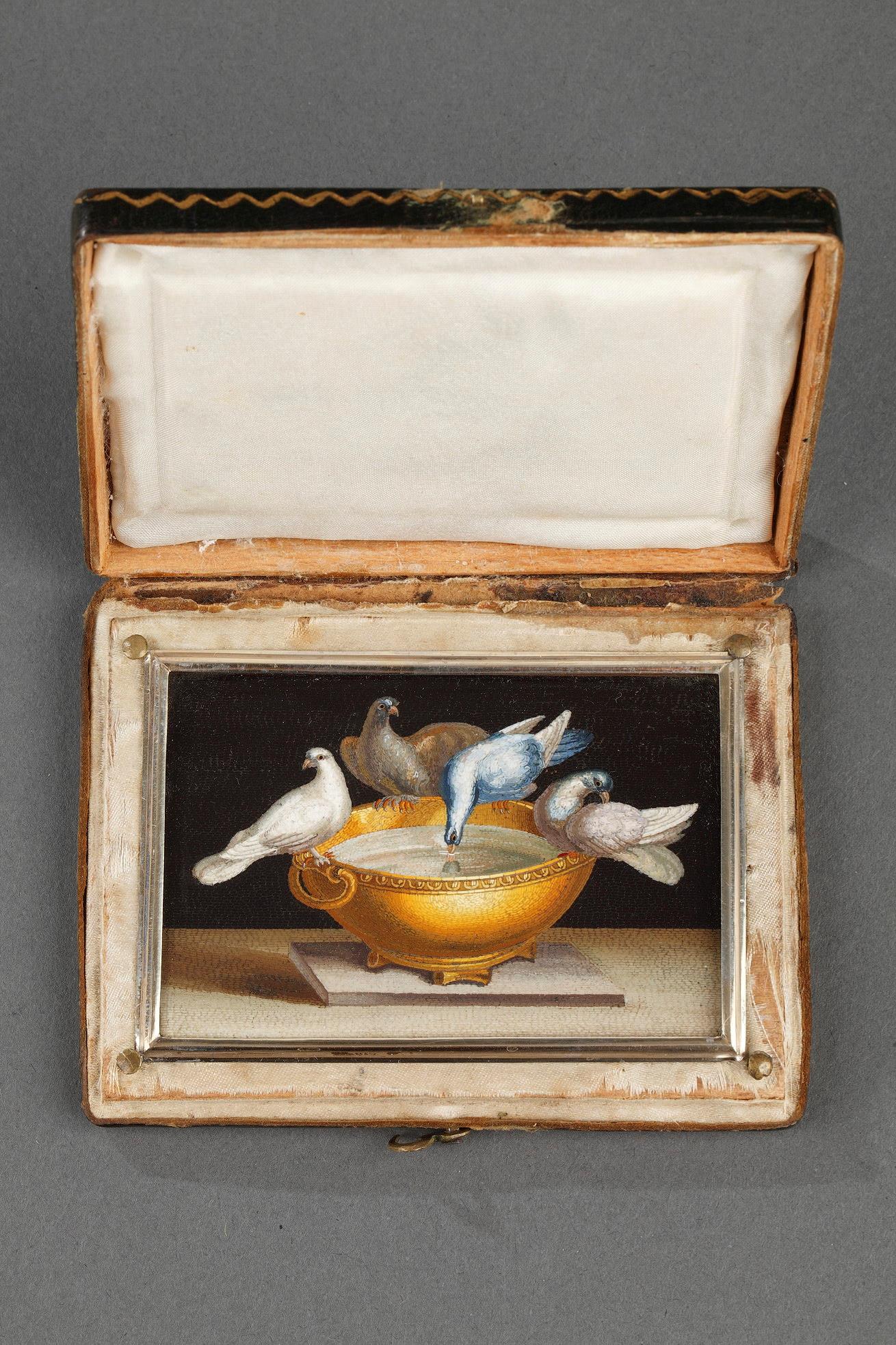 A fine rectangular plaque in micromosaic, with frame. The mosaic depicts four doves, perched on the edge of basin of water preening themselves, one drinking. The plaque showing the image of dove drinking from the basin reflected in the water.
The Capitoline Doves inspired by the composition of an ancient floor mosaic of doves discovered at Hadrian's Villa near Tivoli and later put on display at the Capitoline Museum. It was reproduced in micro-mosaic by Vatican artists such as Rafaelli.
Frame in silver. ET.
L:2.7in. (7 cm) / l:2.6in. (5,5 cm)
Italian work. Period: early 19th century.
REF:4972
Price: 11800€