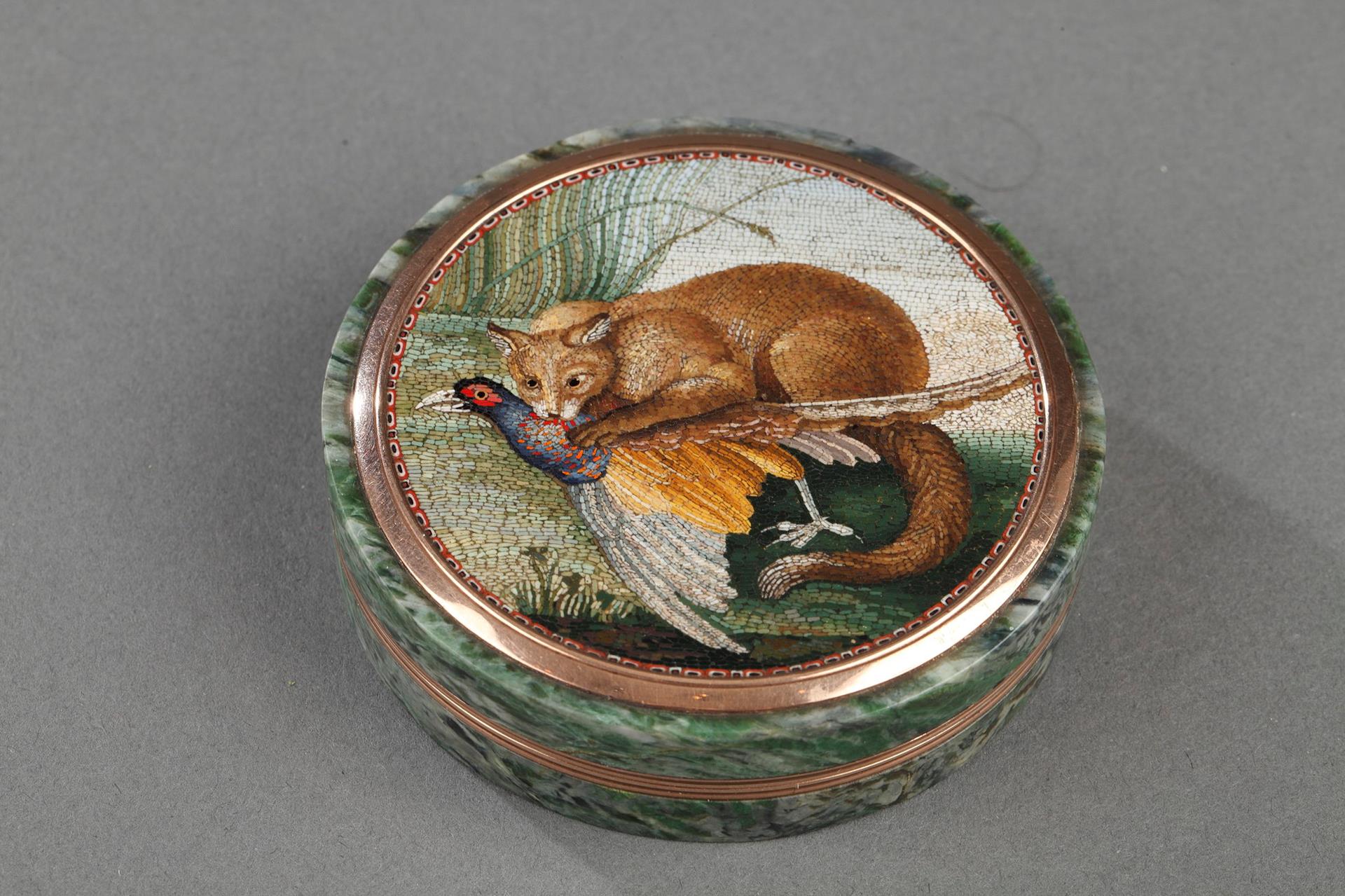 Round box made in hardstone (green porphyry). The removable lid is decorated with a circular micromosaic of exceptional quality. It features a fox attacking a pheasant. The fox near a clump of reeds, is crouched, ears back, and remains wary of his surroundings. The subject is set on a landscape. This plate displays superior mastery of tessellation, as shown by the variety of shapes of the tesselles (small tiles) in the fox’s coat: crescents, waves, circles and rectangles. The predatory theme of the fox was often represented in micromosaic art and was inspired by the work of the painter Johann Wenzel Peter (Karlsbad 1745 - Rome1829). Peter was active in Rome during the end of the 19th century and was known for his depictions of fighting animals. His paintings were reproduced as engravings and influenced numerous mosaic artists such as Cesare Aguatti et Giacomo Raffaelli, or Volpini who worked in the Vatican workshops.
The box is characteristic of items brought back during the "grand tour" 'made by wealthy Europeans in the late 18th and early 19th century.
D: 3 in. (7,8 cm) / H: 2 cm.
Period: Early 19th century. Italian Work.
Price: 39000€
REF: 7845.