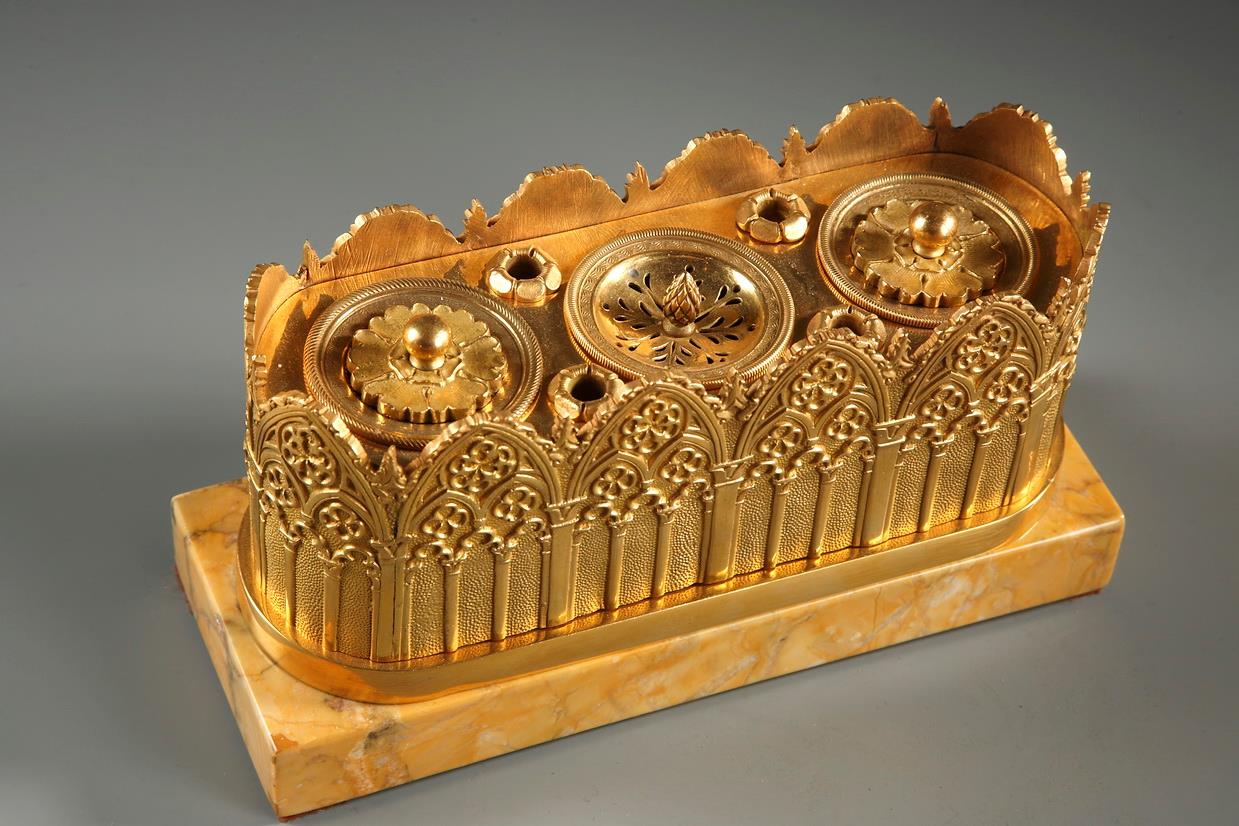 An important gilt bronze inkwell resting on a Siena marble base. The inkwell is finely carved with arcade patterns with two lancets and rosettes. The inkwell has two inkwells with a lid decorated with floral patterns, four pen holders and an pounce pot. This inkwell is characteristic of the neo-Gothic style which flourished in the first half of the 19th century. Indeed, with Romanticism is developed a return to the style of the Middle Ages or neogothic style. The neogothic style touches all the arts including literature with the publication of Notre Dame de Paris by V. Hugo and the Tower of Nesle by A. Dumas. In France, the Duchess of Berry was the instigator of the cathedral style around 1820.
W: 20cm/  D: 7.5cm / H: 10.5cm.
W: 7,9 in – D: 3in – H: 4,1in.
Period: First half of the XIX century. Circa 1820-1830. French Restauration.
Price: 2600 €