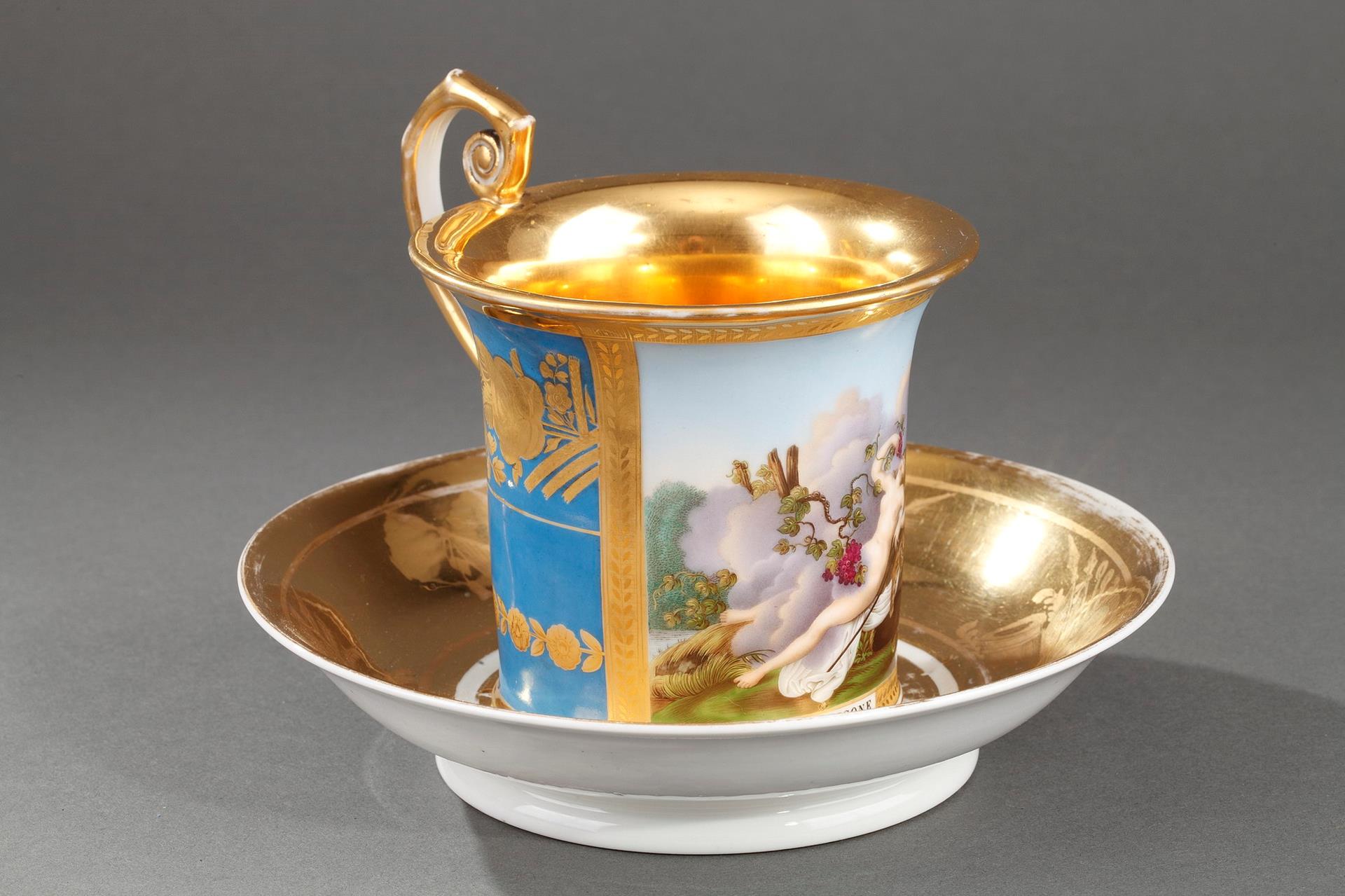 Cup known as a "litron" cup and saucer in porcelain with polychrome decoration. A cartel represents a young woman half lying on a panther skin holding a thyrse and bunches of grapes. It is surrounded by clouds. An inscription provides information on the nymph: Erigone. In mythology, she participated in the cult of Dionysus and was loved by the god who, to seduce her, turned into a bunch of grapes. The cartel is framed by a marli of stylized bay leaves. The saucer has a decoration of military trophies.
Brand painted blue under cover G and red N ° 21.
Gardner porcelain factory in Moscow. It was founded in 1765 in Verbilki near Moscow by an Englishman by the name of Francis Gardner. The latter was assisted by F.X. Hattenberger, who then worked at the imperial factory in Saint Petersburg. Gardner's factory was very successful and soon seriously competed with the imperial factory. The factory produced some great services, commissioned by the Empress. While the factory at the beginning attached great importance to the figurines, it was the dishes which prevailed in the 19th century. The factory remained the property of the Gardner family until 1891. Diameter of the cup: 10cm. / H: 9cm
Diameter of the saucer: 17cm
Price: 1200€