Silver and micromosaic croce pendant. Circa 1860 Enquire about this Item 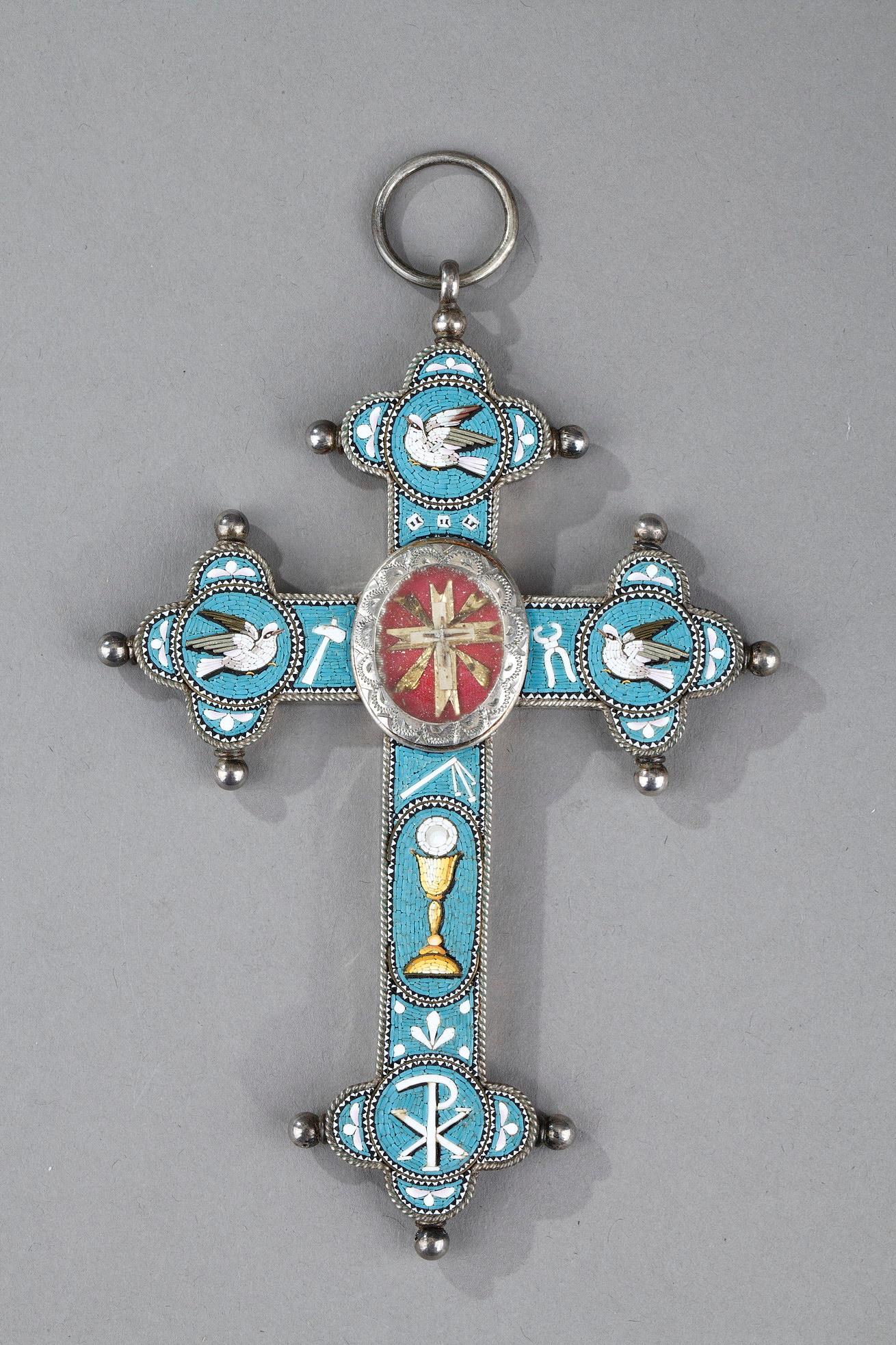 Cruciform pendant in glass micromosaic depicting the Dove of the Holy Spirit . The crucifix is ​​set with micromosaic on a background of blue tesserae. Each arm of the crucifix has a circular medallion depicting various Christian symbols as dove, a chalice and also Chi-Rho symbol for Christ flanked by Alpha and Omega.  The center of the cruciform features a reliquary of the cross of Christ.
The style of this cruciform pendant is influenced by the jeweler Alessandro Castellani. Castellani made a number of mosaics inspired by early Christian examples found in Rome and Ravenna, under the guidance of Luigi Podio who presided over mosaic workshops from 1851 until his death in 1888.
Circa 1850-1860.
Weight: 1.86oz (53 g).
H: 4.33in. (11cm) / L: 3.14in. (8.3cm)
REF: 4978
Price: 3500€

Silver and micromosaic croce pendant. Circa 1860