Early 19th century candelstick in gilded bronze and opaline. Enquire about this Item 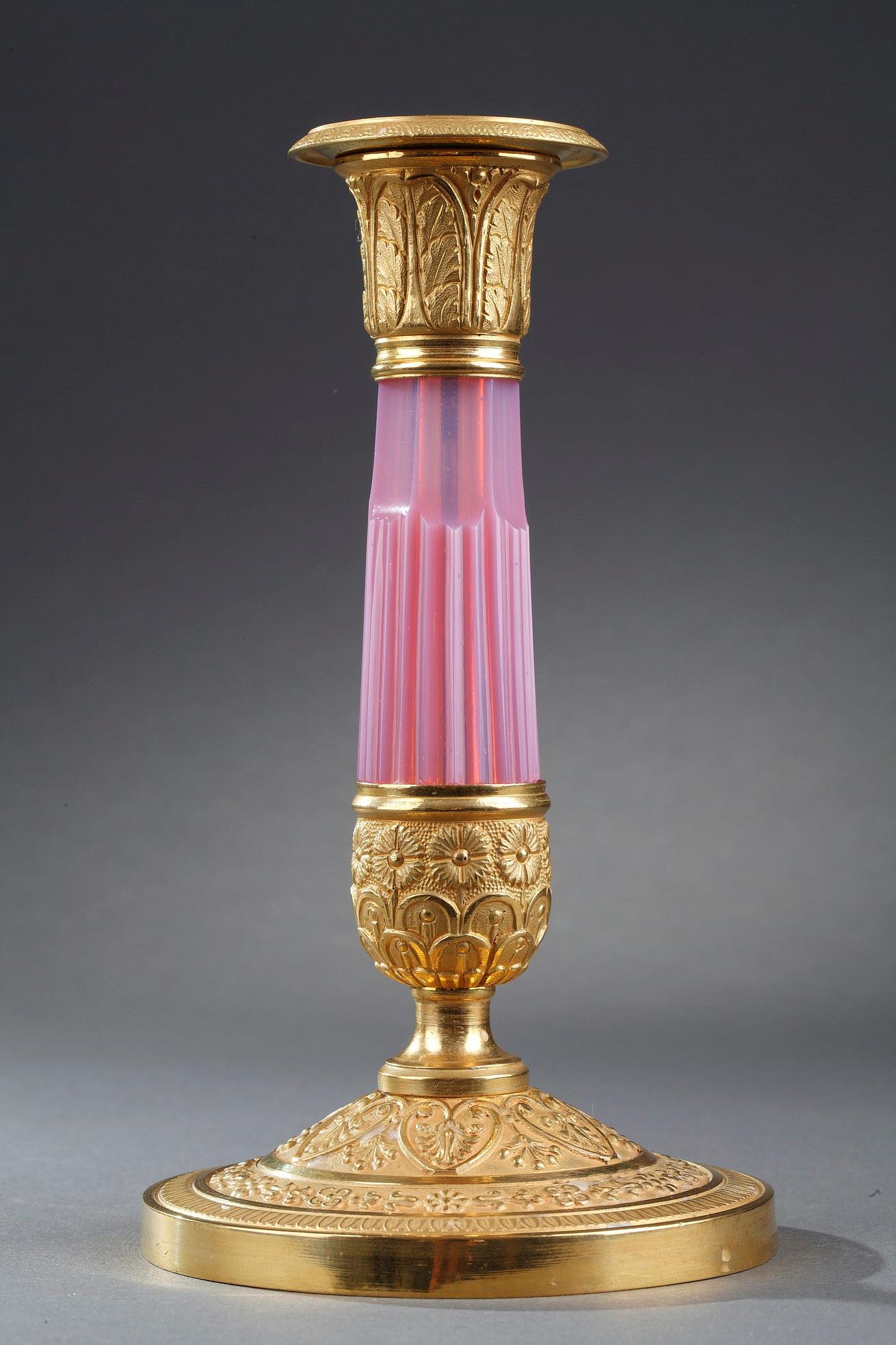 An early 19th century candlestick in gilt bronze and blown and cut pink opaline crystal called, “pigeon throat”. The opaline is cut with a so-called "bamboo" size. This opaline is set in a finely chiseled gilt bronze decorated with acanthus leaf motifs on the binet and on the base of palm leaves and flowers.
This color of opaline is exceptional and rare. The process of making the crystal opaque involved the use of bone cinders, tin, and arsenic, and magnesium sulfate gives it its pink hue. Only a few production centers in France were equipped to create these types of colors, such as Le Creusot, Baccarat, Saint-Louis, and Choisy-le Roi. The color play between the shades of matte gold and the high quality of the craftsmanship are characteristic of the production of toiletry items that were created during the early 19th century during the French Restauration period.
Early 19th century. Circa 1815-1830.
H: 6.69in. (17.5 cm)
Price:2900€
REF:4670