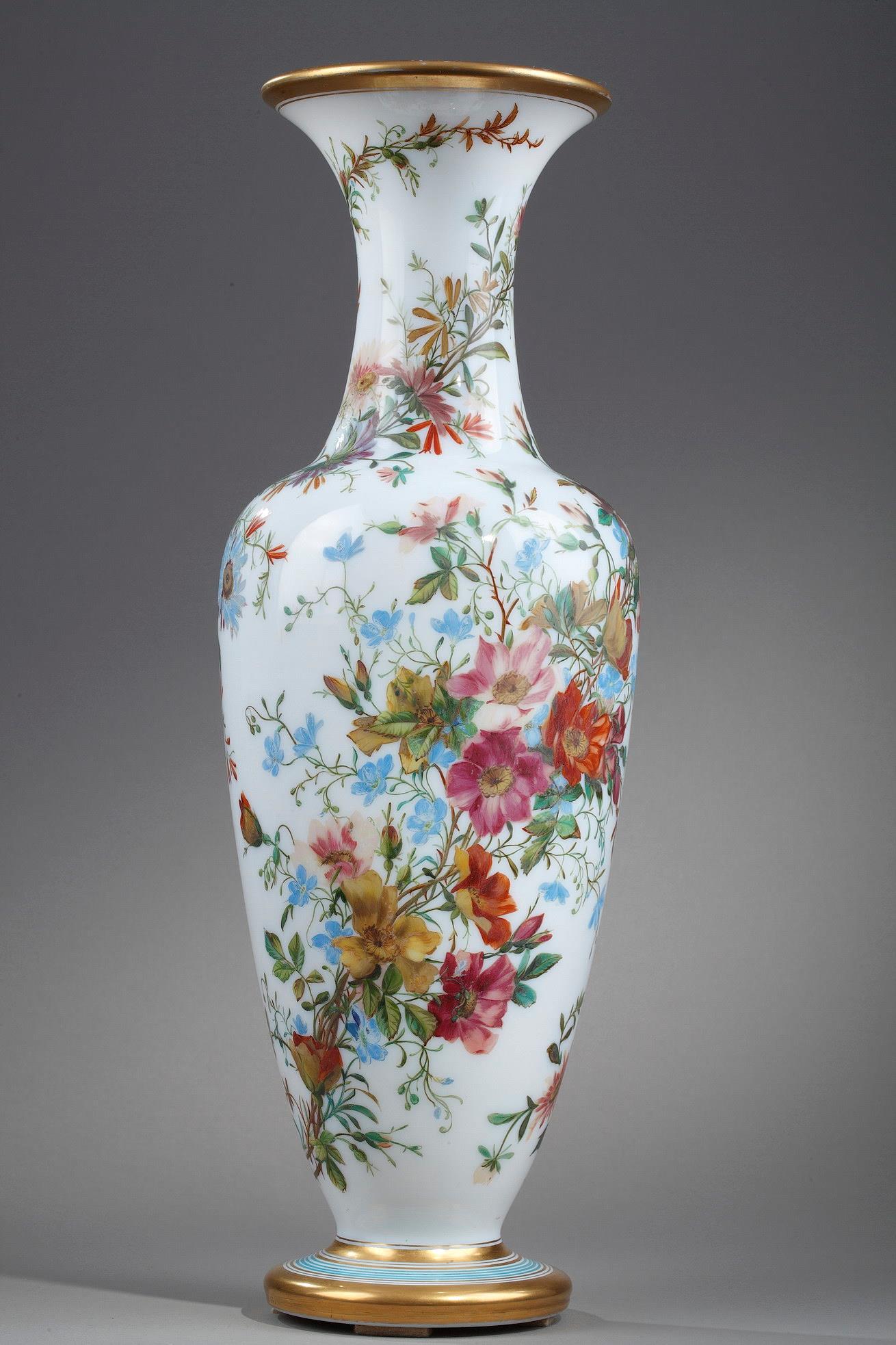 A 19th century baluster-shaped vase in blown opaline crystal called white opaline and vitrified polychromy. The vase has a decoration of polychrome flowers forming a garland which wraps around the vase.
Characteristic work of the mid-19th century.This floral composition takes up the floral decors painted in vitrified colors developed by the painter Jean-François Robert.. The rim and the base are highlighted with gold bands.
Light wear to the gilding.
Dim: W: 6,7 in – D: 6,7in – H: 19,7in.
Dim: L:17cm, P:17cm, H:50cm.
Circa 1840
Price:3400€
REF:4104