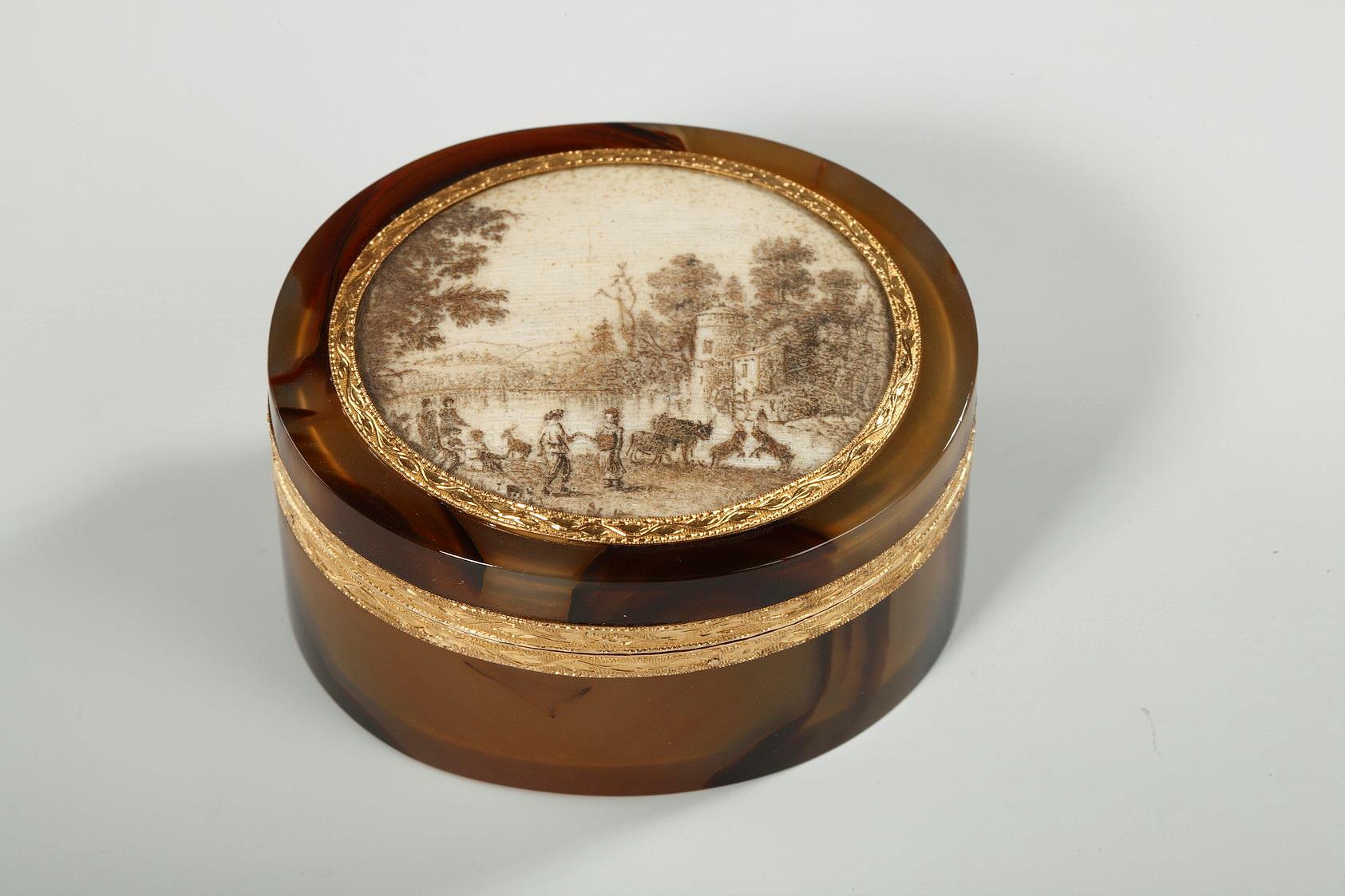 Round snuff box with banded agate with inclusions, decorated with an ochre, monochrome miniature on vellum paper featuring a landscape and people. The gold mounting is decorated with an intricate pattern of stylized rinceaux. The miniature’s countryside scene is set on a shoreline with a chateau overlooking the scenery.
This type of quality craftsmanship of thin agate pieces set in gold was often produced in Saxony, Germany, which had numerous hard stone quarries. However, numerous other European countries such as England and France also produced these types of refined objects during the mid-18th century.
Gold mounting.
L: 2.2 in (5.5 cm) / W: 1.9 in (4.7 cm) / H: 1.1 in (2.7 cm)
Work from the mid-18th century, circa 1750-1760.
Price: 4900€
REF:4896