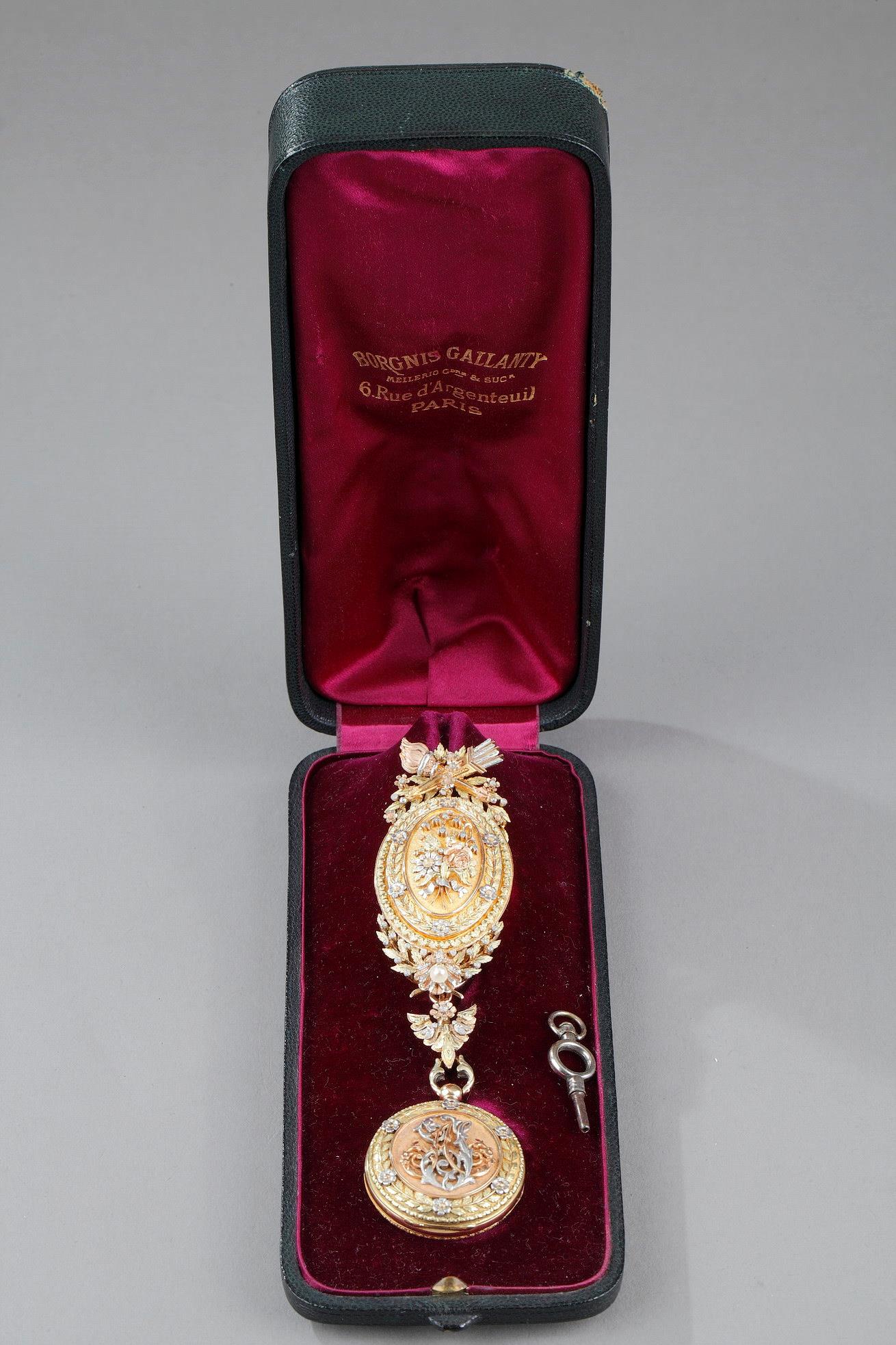 Chatelaine in three-colored gold (green, pink, and white), composed of a belt hook embellished with a medallion. The medallion shows a floral bouquet composed of rose, lily of the valley and daisy on a mat background. This composition is framed by a floral frieze and surmounted by a quiver and a torch, symbols of Love and Hymen. The medallion ends with a shell motif set with a pearl of stylized foliage.The watch casing is embellished with "AJ" letters and  framed by a floral frieze.The watch has an enamelled dial.
Gold 18K
Gold mark. Giraffe head (from 1838)
Illegible master goldsmith's mark.
Recontrol: swans.
Weight: 2.71oz(77g).
L: 4.33in. (11 cm)
Chatelaine kept in its leather case with the number "AJ". Box in the name of the manufacturer "Borgnis Gallanty Mellerio & sucesseur 6 rue d'Argenteuil Paris". The Borgnis Gallanty maison and that of Mellerio so are associated by the marriage of François Mellerio to the daughter of the Borgnis Gallanty jewelers in the middle of the 19th century.
Period: Mid-19th century. Circa 1840-1850
Price: 9500 €
REF: 5033
Small wear to the enamel.
Bibliography:
La bijouterie francaise au XIXe siecle (1800-1900), I. Consulat. Empire. Restauration. Louis-Philippe"