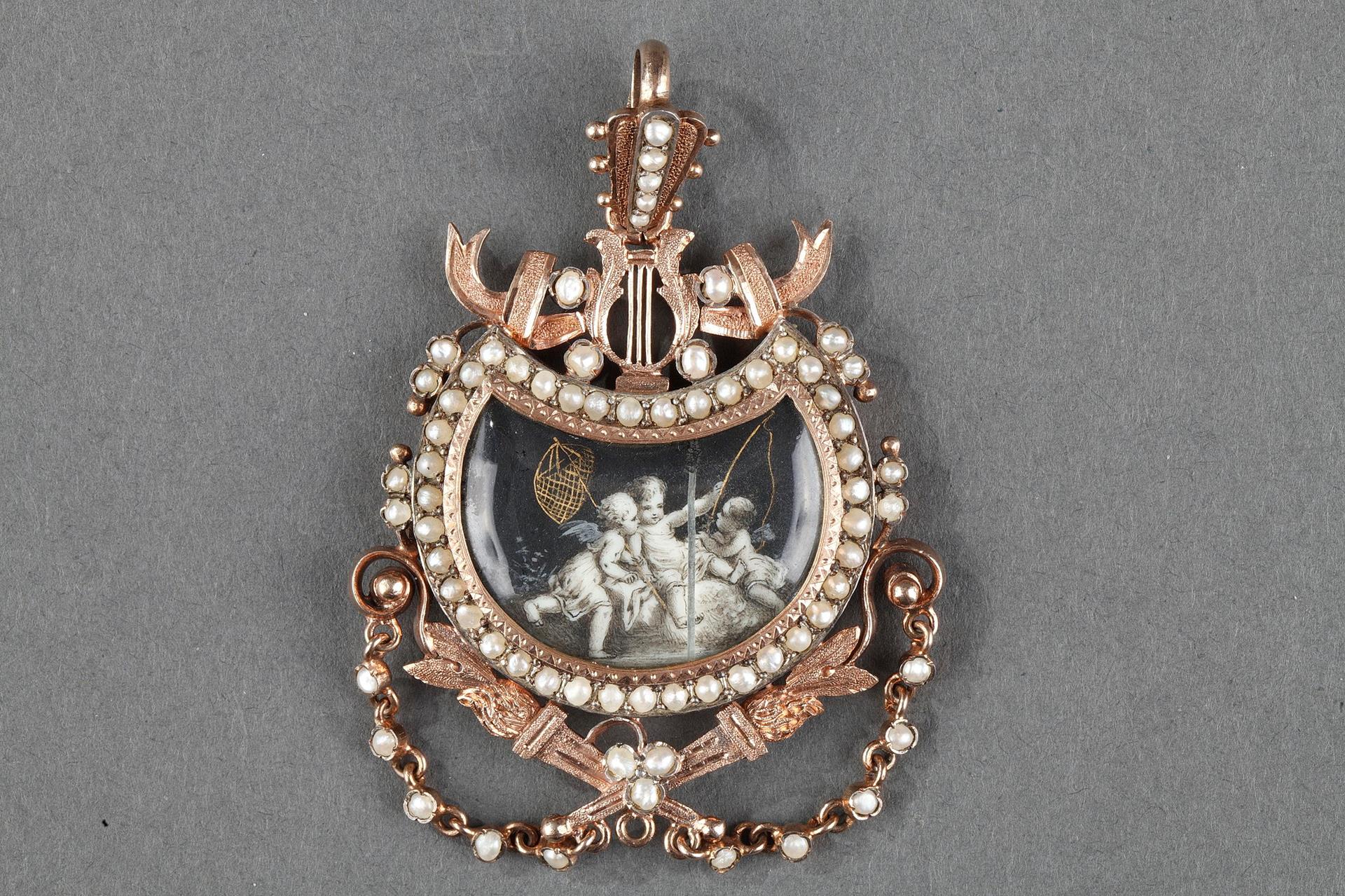 Pendant in vermeil and silver in the shape of a crescent moon decorated with a miniature on ivory. The 18th century style miniature representing puttis. The miniature is set in a silver frame set with half pearls. This composition is adorned with knots, quiver patterns and finished with small garlands The pendant is characteristic of the Napoleon III period, whose historical style, developed at the end of the 19th century, returns to the artistic style of the 18th century.
L:4cm / l:0.7 cm/ H: 6 cm
Silver marks
Napoleon III period. Circa 1860-1870.
Price:1700€
REF:5042