CHATELAINE IN GOLD, mid-19th century. Enquire about this Item 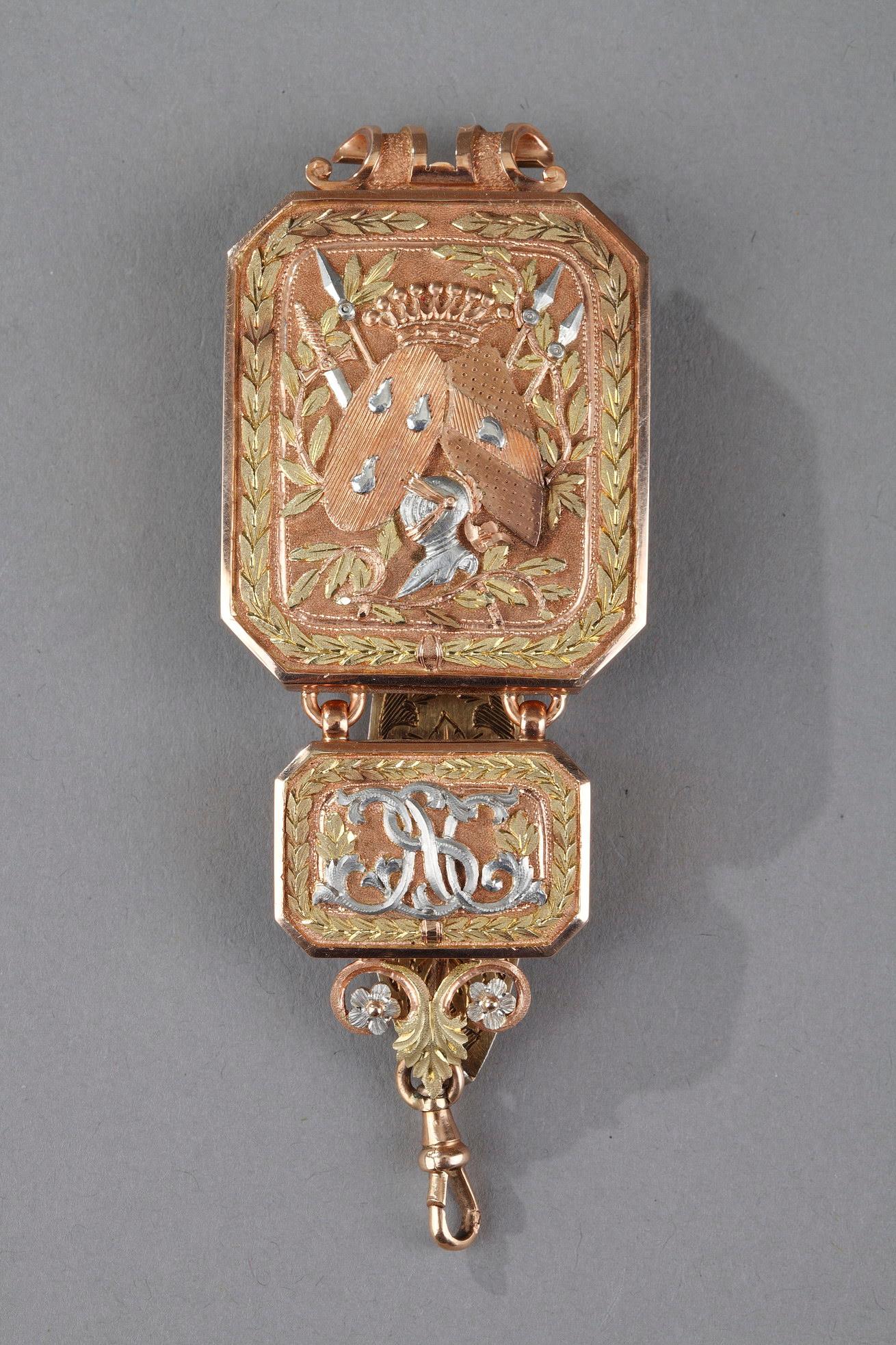 Chatelaine with belt hook composed of three colors (green, pink, white) of intricately sculpted, matte gold. The piece is topped with a count's crown.This chatelaine was used to hang a pocket watch from the waist or jacket. It is made of two octagonal medallions. The largest, in the shape of a shield,  in white, pink and green gold is decorated with shields, spears and helm. This Neogothic decor stands out against a background of amati gold. The second, medallion is orned with a white gold monogram "ASC" and finished with a floral decoration. On the reverse, the chatelaine hook is finely chiseled and engraved with the Caubrée mark.
This type of chatelaine was often a wedding gift, and the style began to develop during the Restoration period where the return of the monarchy saw the development of a decorative repertoire that reflected the times. With Romanticism is developed a return to the style of the Middle Ages or neogothic style. The neogothic style touches all the arts including literature with the publication of Notre Dame de Paris by V. Hugo and the Tower of Nesle by A. Dumas. In France, the Duchess of Berry was the instigator of the cathedral style around 1820.
Gold mark 18 K. Head of horse 1838.
L:1.37in. (3.5 cm) / H: 3.14in. (8cm) / l:0.39in. (1 cm)
Weight: 1.13oz (32.2g).
Mid-19th Century. French Restauration. Circa 1840-1850
Price:3200€
REF: 4982