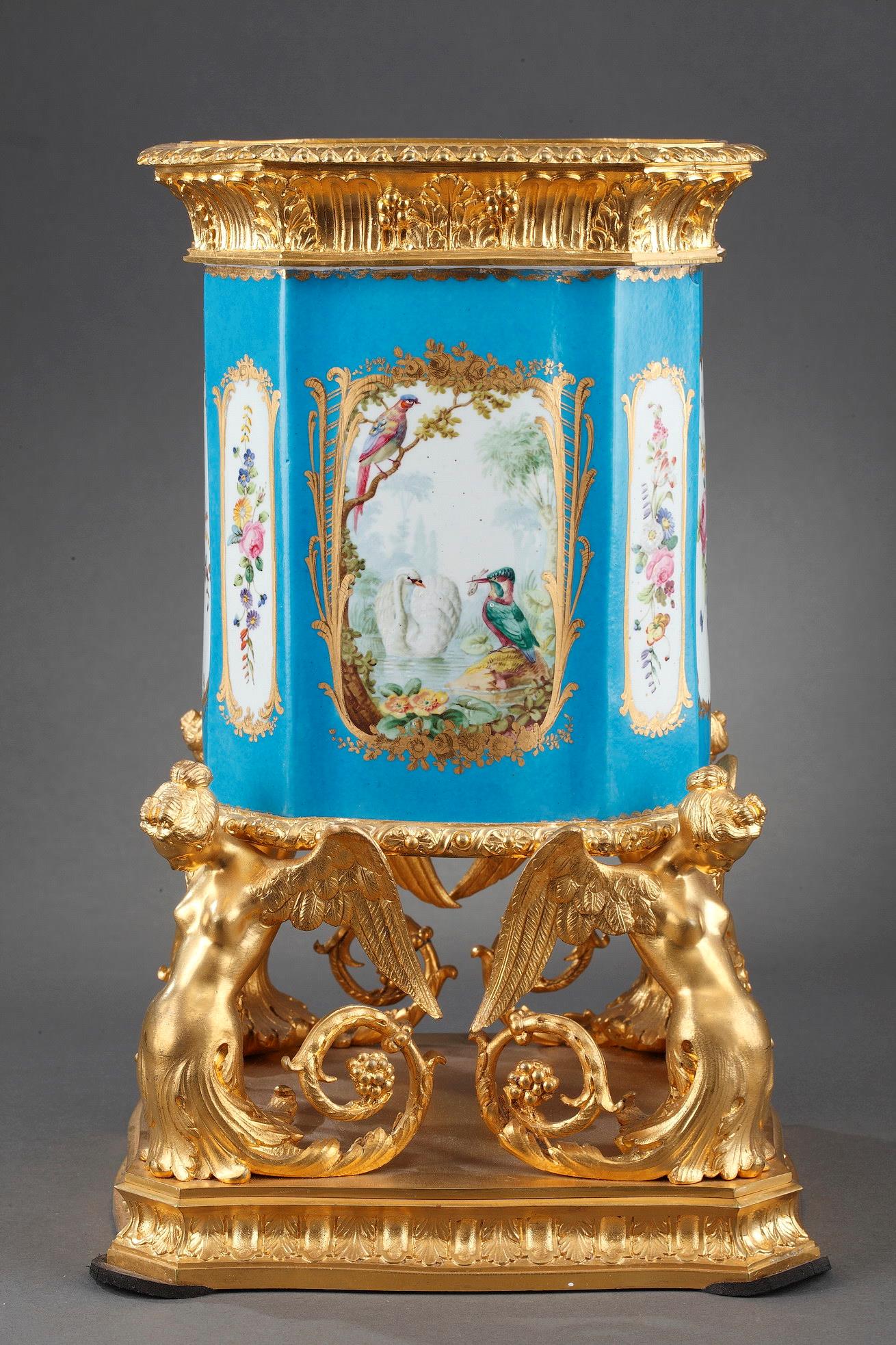 Large octagonal porcelain centerpiece or vase and ormolu mounted. The Louis XV style vase features a decoration of cartels enhanced with gold on each of its faces and stands out on a celestial blue background called "Bleu Pompadour". A central face is decorated with a cartel decorated with birds: pheasant, swan and kingfisher. This decoration is influenced by the decoration called "The Buffon's birds" of the mid-18th century. The other cartels are decorated with bouquet of polychrome flowers in the style of the 18th century. The vase is mounted in a gilded bronze adorned with four winged women leaning against the body ending in foliage.
Work of the second part the 19th century. Louis XV style.
Circa: 1860
Dim: Dim: 32 x 21 x -21 cm
Price:3500€
REF:4695