A 19th century VIENNESE SILVER AND ENAMEL TABLE CLOCK. Enquire about this Item 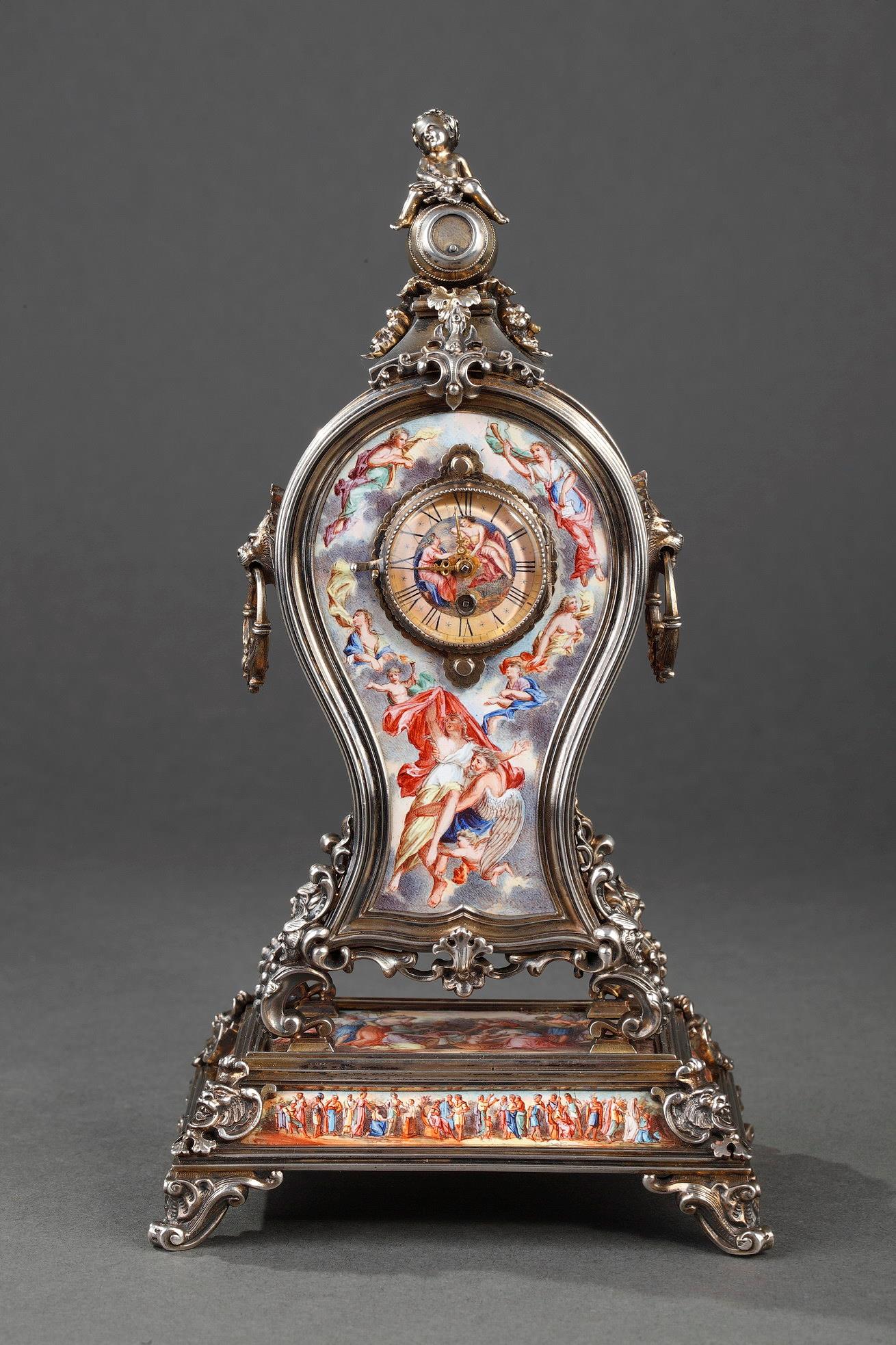 A timepiece with silver and enamel mounts and decorated with mythological sceneson .On the main face, Time supporting a character in a cloud of putti and on the back, above the character of Athena is represented the Olympus. Fine mythological scenes are also represented on the side faces. The clock is surmounted by Dionysus riding a barrel.On both sides, lion mufles hold silver rings.The clock rests on a square pedestal decorated with griffon heads and supported  by four scrolls. It is decorated with small sketches finely enamelled with friezes of characters.The enamel dial painted with black Roman numerals.
This clock is characteristic of the historical style that developed in Vienna during the second half of the 19th century, with a renewal of interest in objects from the 16th and 17th centuries. As a result, numerous enamel pieces inlaid with lapis lazuli, crystals, or set in silver made their appearance. These pieces were heavily influenced by the Renaissance and the popularity of curiosity cabinets or houses of wonder that were in vogue during the 16th and 17th century. These pieces were displayed during international expositions where Viennese artists competed against those from the distant past.
H: 8.26in. (21 cm) / 2.75in. (7 cm)
Base : 3.93in. (10 cm)/ 2.95in. (7.5 cm).
Silver mark: crab
Circa 1890.
Prix: 9200€
Ref: 8199