Desk stand in marble and micromosaic. Attributed to CESARE ROCCHEGGIANI.
Circa 1880-1890. Enquire about this Item 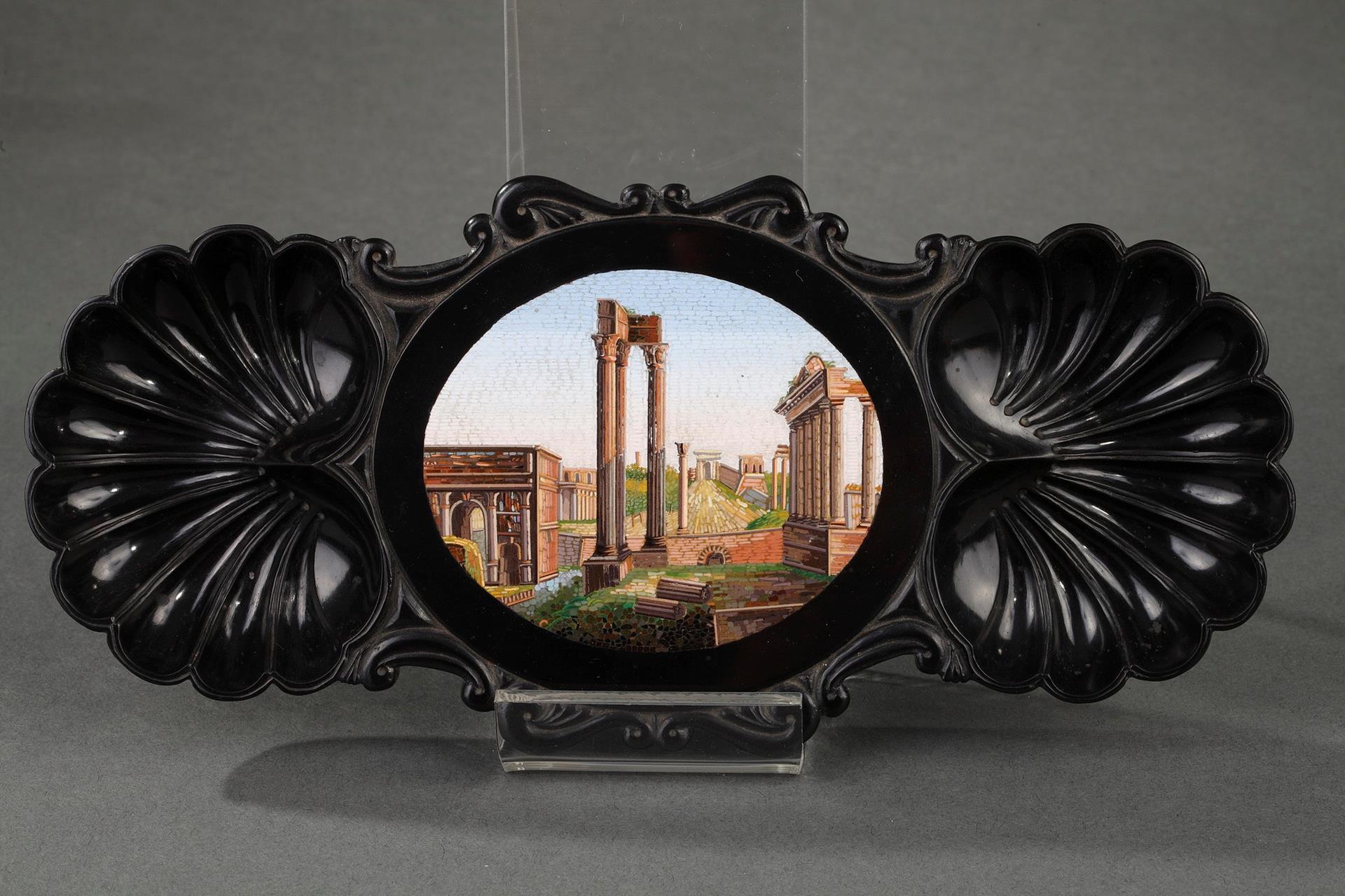 19th century black marble desk set forming two shells on both sides of a central medallion. The micromosaic shows a panoramic view of the Roman Forum. The three columns to the left are those of the Temple of Vespasian, behind them is the Arch of Septimius Severus. The Temple of Saturn is to the centre, with the foundations of the Basilica Julia to its right.
This micromosaic is attributed toCesare Roccheggiani.  The master mosaicist Cesare Roccheggiani was active at the Vatican workshops from 1856 to 1864, but like many of his contemporaries sought to supplement his meager income by establishing his own workshop making mosaics for dealers and tourists. His private atelier is recorded firstly at 125 Via Babuino and then, by 1874, at 14 & 15 Via Condotti. By this time there were as many as ninety-six Mosaicisti operating in Rome largely producing small plaques, miniatures and cameos for the tourist trade. The best workshops continued to produce micromosaics on a massive scale but such magnificient and costly examples as the present lot remained the preserve of the wealthy and powerful. Monumental mosaics were bought as souvenirs by visiting aristocrats, given as diplomatic gifts, commissioned by monarchs and displayed at the Great Exhibitions.
L: 8.66in. (22 cm) / l: 3.74in. (9.5 cm)/ h: 0.78in. (2cm).
Micromosaic: l: 3.14in. (8.5 cm) / L: 3.93in. (10 cm)
Prix : 7500€
REF:8191

Desk stand in marble and micromosaic. Attributed to CESARE ROCCHEGGIANI.
Circa 1880-1890.