A 19th century jewellery box in pietra dura ormulu mounted by Tahan. Enquire about this Item 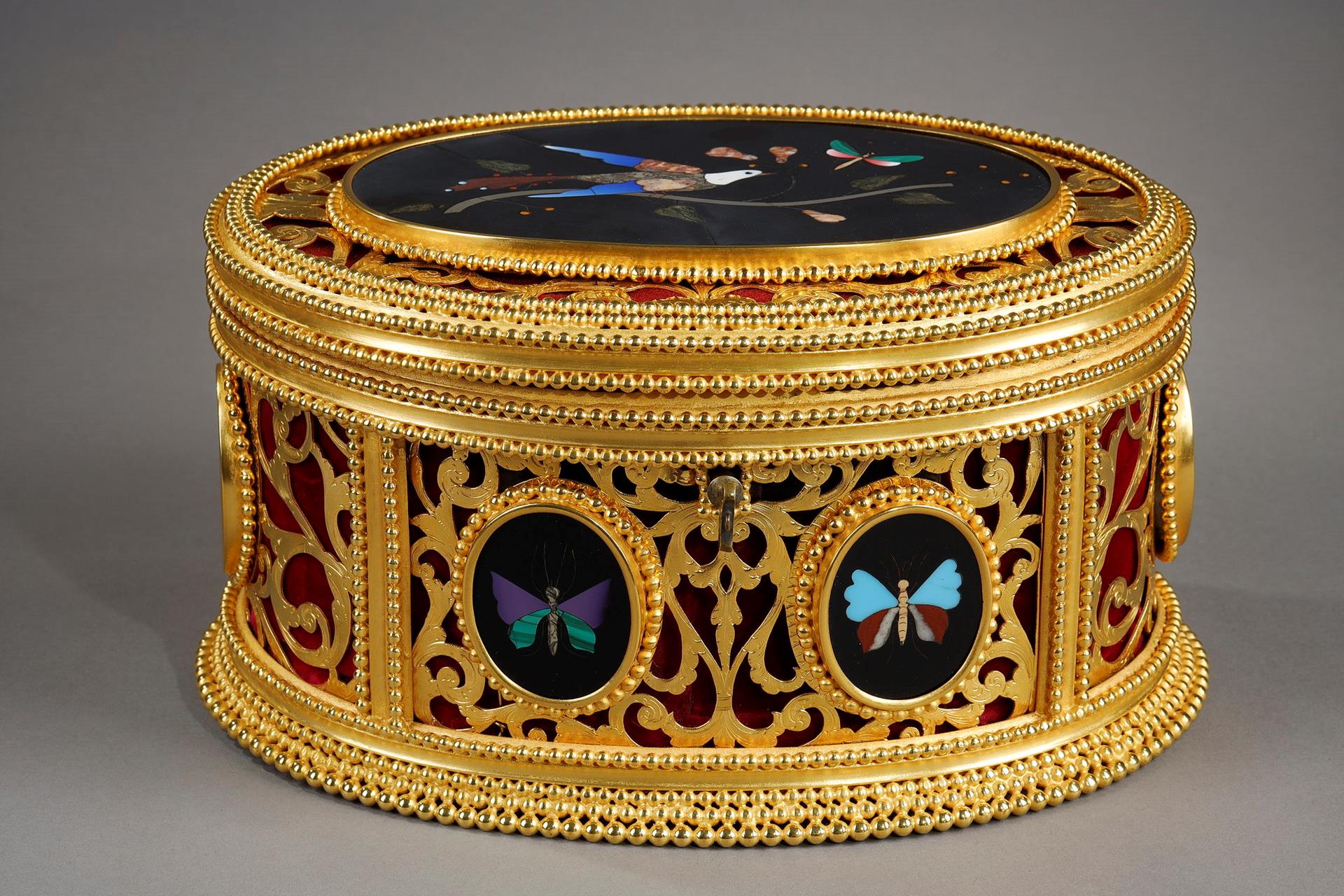 An oval jewellery box decorated with a fine ormolu openwork interlacing on a red velvet background. The whole box is decorated with medallions in pietra dura representing butterflies. The hinged lid is decorated with a large pietra dura plaque depecting a bird on a branch close to a butterfly. Some restorations.
This technique was developed in Florence under the influence of the grand dukes of Tuscany in the 16th century. It consists of cutting semi-precious stones such as lapis lazuli, agate, jasper, etc. These finely cut stones are inserted into the black marble like marquetry and then polished. This technique has endured in the same way as that of mosaics. The aristocrats on their "Grand Tour" of Italy would not fail to bring back souvenirs such as this exceptional box.
The box is signed Tahan in Paris. Jean-Pierre-Alexandre Tahan (1813-1892) took over his father's company, which had already specialised in the production of refined boxes, liquor cabinets and luxurious small pieces of furniture, all of which fell into the category of "tableware". Tahan's business grew and during the Second Empire it moved to one of the most fashionable boulevards, the Boulevard des Italiens, from 1866 to 1878. Tahan became one of the suppliers of King Louis-Philippe and later of Emperor Napoleon III and Empress Eugénie. He made numerous tables, display cases, boxes and other decorative objects for the imperial palaces. The Tahan House participated in the World Fairs, where it was awarded numerous medals. A silver medal was awarded in 1849, a second in London in 1852 and a gold medal at the Paris World Fair in 1867. Her creations are kept today in numerous collections, including those of the Château de Compiègne and the Musée de Sèvres.