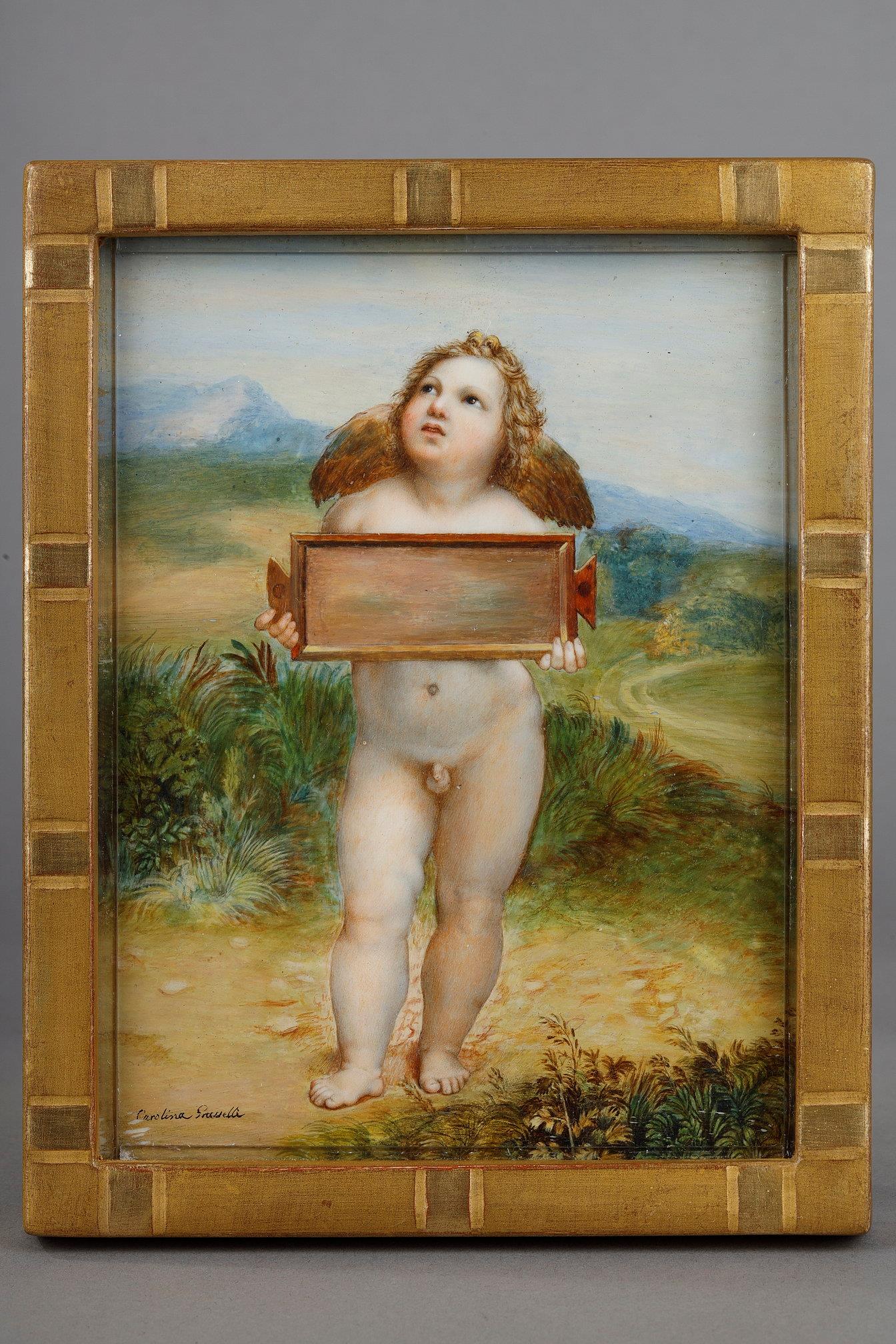 Miniature on ivory in a gilded wood frame representing a putto in the center of a symbolic landscape. He holds delicately in his hands a tray held by his finely painted fingers. His gaze directed upwards seems to call to the sky. This portrait is far from the joyful putti of the Florentine tradition.
The mountainous landscape reminds us of the background of the Italian Renaissance paintings as well as the blue-green colors.
Signed Carolina Grasselli (May 2, 1804 - January 13, 1892), wife of the painter Von Schroeter
Raised in an eclectic environment, endowed with a lively intelligence, she received a broad education; her father taught her anatomy, painting; she had for teachers illustrious personalities in the fields of natural history, mathematics and astronomy.
In 1825 she married Baron Gottlieb Heinrich von Schroeter, a romantic painter of the Nazarenes. She was widowed at a young age and turned her passion for painting into a profession to support herself and her son Raphael.
A renowned painter, known for her miniatures and oil paintings, she was named an honorary member of the Accademia Romana del Disegno, detta di San Luca" at the age of twenty-three and received a diploma on December 24, 1827, in which she was described as a "distinguished Roman miniaturist."
Dim: H:15 cm W: 12 cm
Price: 1200 euros
Ref: 8252