Exceptionnal pair of miniatures on ivory with gold frame;
Mid-19th century; Enquire about this Item 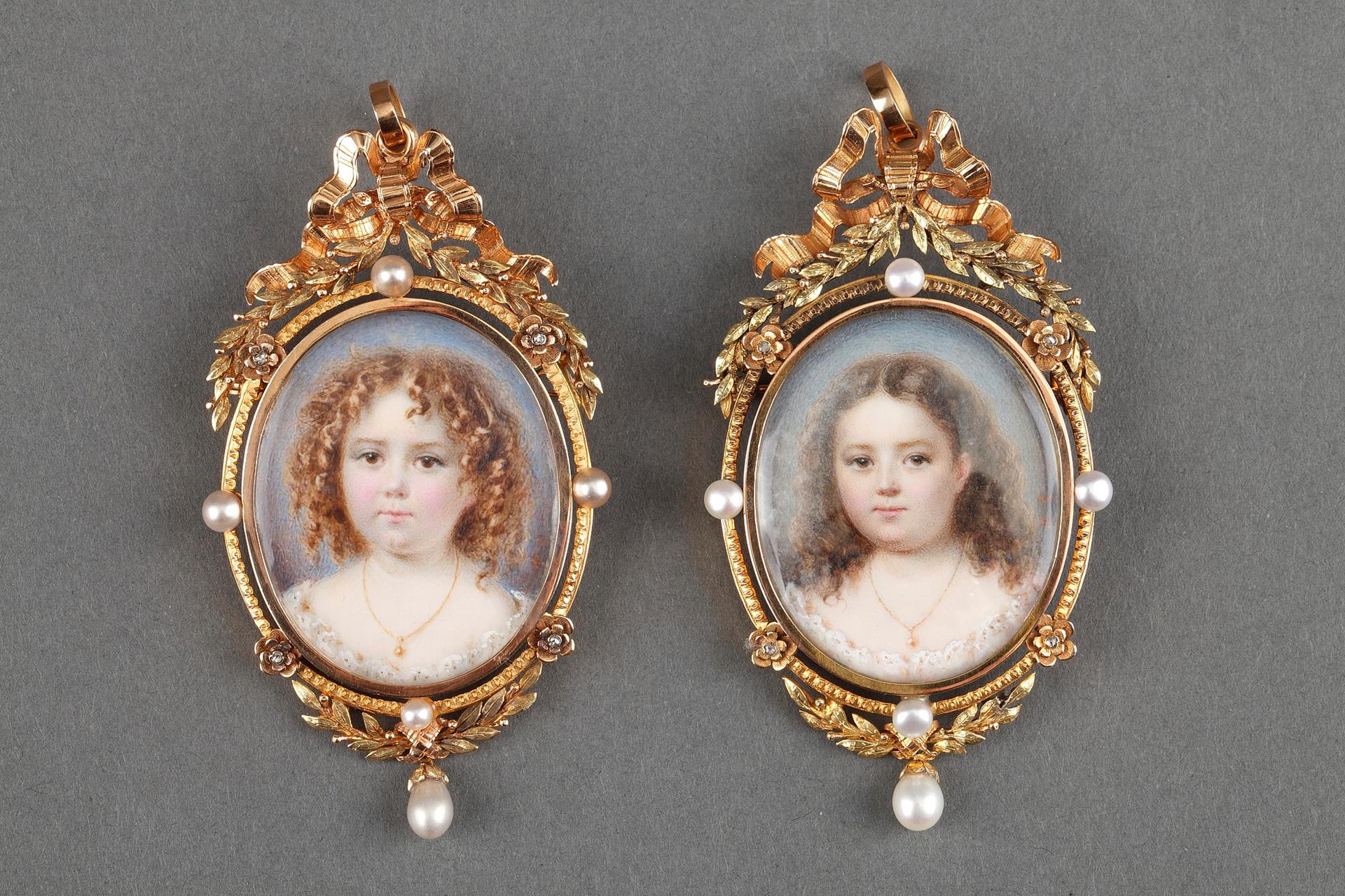 Pair of oval miniatures on ivory featuring two young girls in white shirts. The first miniature is a young girl with light brown, curly hair, brown eyes, wearing a necklace with a pendant. The second child has dark brown hair that is slightly longer than the other’s and she is wearing the same necklace. The two children are set on a monochrome background. The similar traits of these children would indicate that they are members of the same family. This pair of miniatures is of exceptional quality, with small brush strokes and light brown shading. Tiny dots of white paint animate the pupils of these children, giving them a definitive presence. The miniatures are monogrammed: V.S. and T.C. The miniatures are framed in two shades of gold. They are rimmed with a frieze composed of alternating pearls and flowers, and a large bow set over a laurel garland tops each frame. The bottom of the frame is finished with a drop pearl. The back of the frame is closed with a mother-of-pearl plate and has a pin. These medallions can also be worn as pendants thanks to a small ring hidden in the bow.
Gold mark: Hibou (Owl)
H: 1.7 in (4.2 cm) / W: 1.4 in (3.5 cm)
Period: Mid-19th century;
REF:6053
Price: 7900€