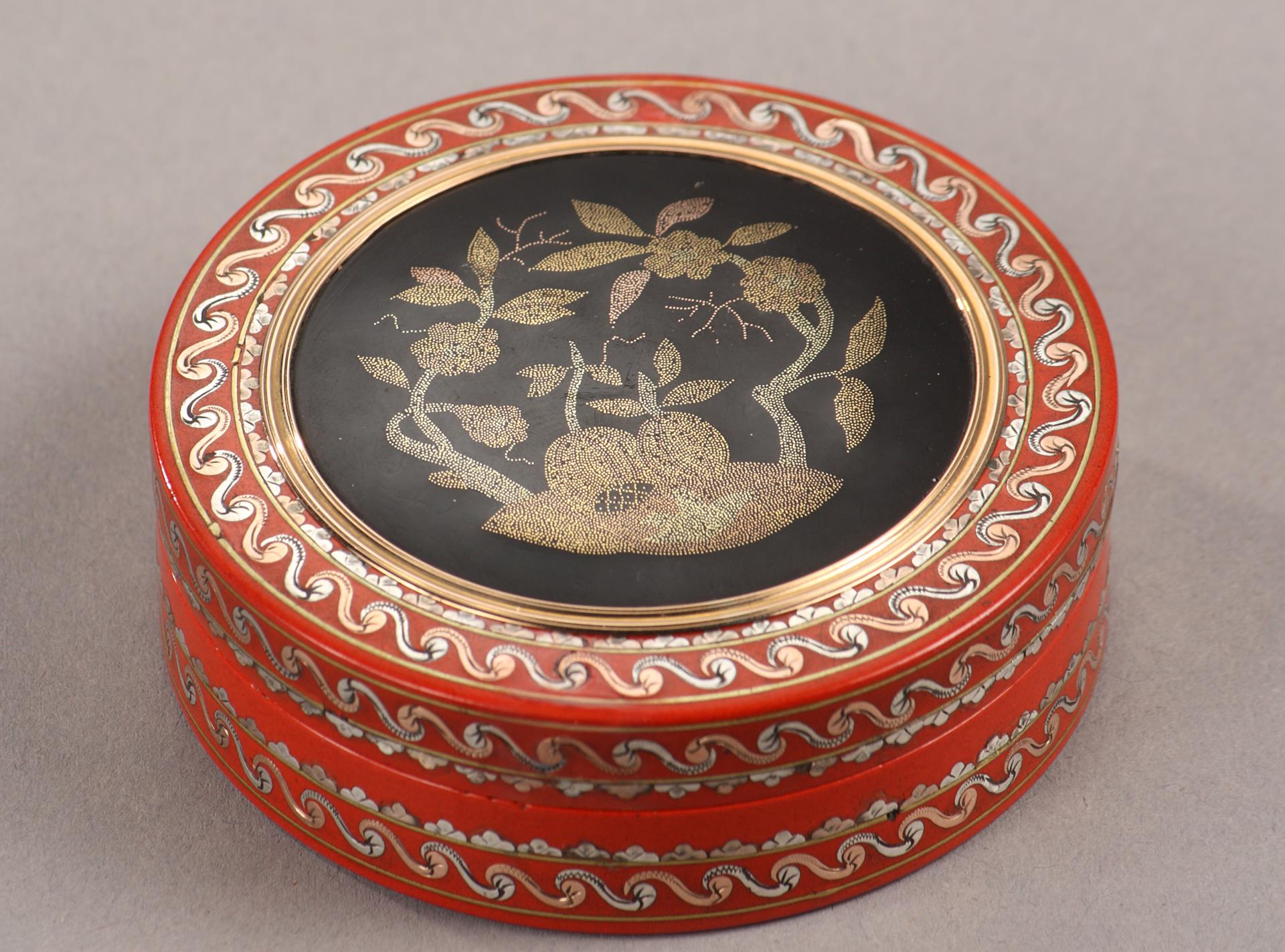 Red circular box with an inlaid wave pattern in pink and white gold. The removable lid is embellished with an exceptional composition in black lacquer and piqué work. The composition is a still life of gourds surrounded by flowering trees, likely influenced by decorative objects from Asia during the period. The “piqué” technique is accomplished by imbedding small, gold nails of differing shades into the lacquer. This technique appeared at the beginning of the 18th century. The interior of the box is lined entirely with blond tortoiseshell.
Diameter: 2.5 in (6.3 cm) Height: 0.8 in (2 cm)
A few small missing elements on the body of the box.
Work from the mid-18th century. Circa 1750-1760.
Price: 5600€
REF: 4903