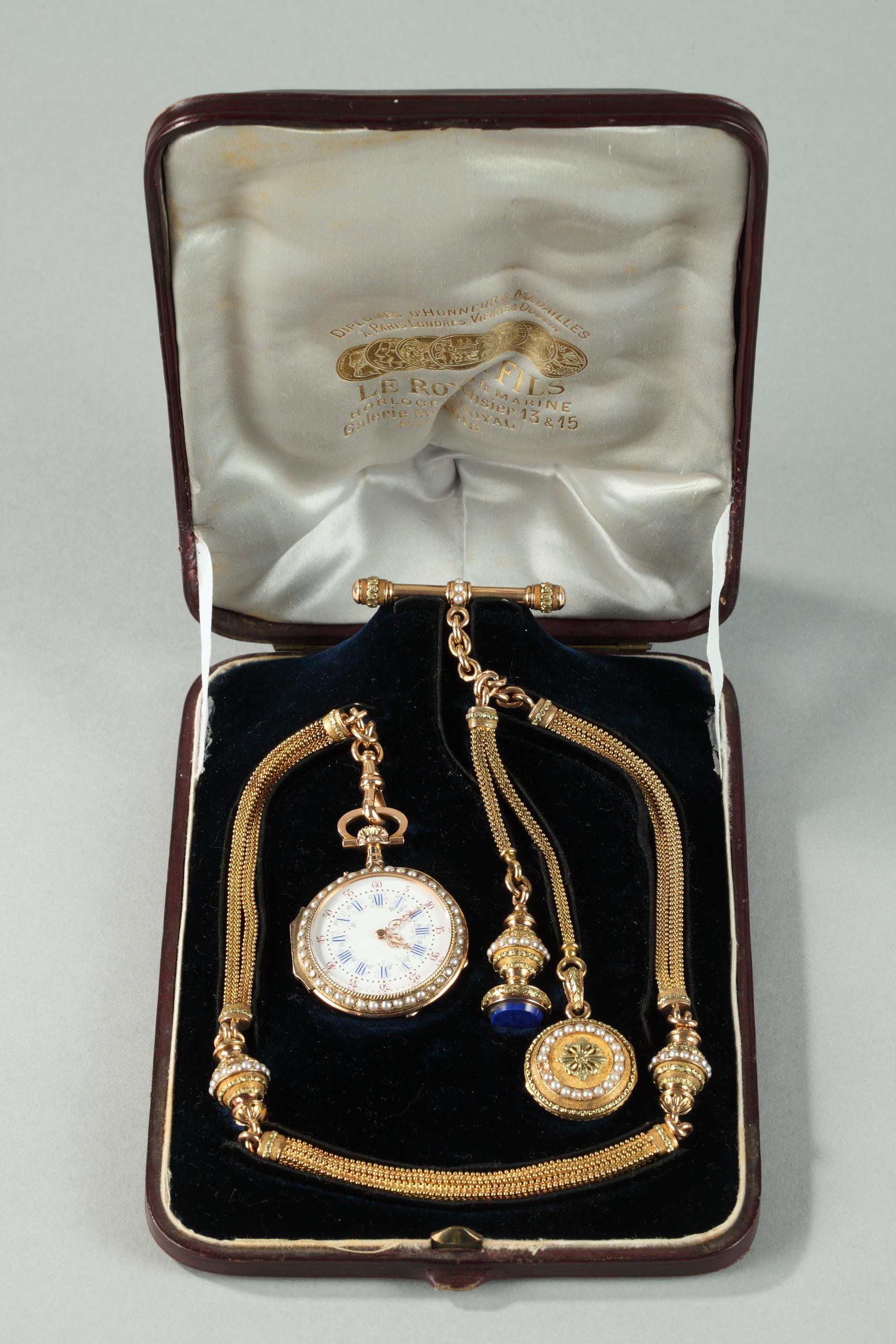 Exceptional chatelaine made by Leroy & Fils in Paris, composed of a pendant watch with its double chain in pink gold. The chain is accented with decorative elements in gold inlaid with pearls. The large watch is inlaid with pearls and the enamel face displays the hours in Roman numerals and the minutes in Arabic numerals. The cylinder escapement of the watch’s mechanical clockwork is signed. The chatelaine also features a non-monogrammed lapis-lazuli seal as well as another, smaller watch with a two-toned gold cover and inlaid pearls. This men’s chatelaine is in its original presentation case with the inscription: Leroy & Fils horloger de marine au Palais Royal à Paris (Leroy & Sons, maritime clockmaker at the Royal Palace in Paris). This clock making establishment was founded in the 18th century and gained international notoriety. It was the supplier of the French and other royal courts. The company was founded by Basile-Charles Le Roy and then continued by Charles-Louis Le Roy, who received numerous prizes at universal expositions. The Gallery founded at the Palais Royal had multiple branches on the Parisian boulevards and in London. This type of chatelaine was both a piece of jewelry and fashion accessory of its time. They were highly valued by men who would wear them on their suit vests.
Weight: 3 oz (84.4 g)
Watch diameter: 1.3 in (3.3 cm)
Mid-19th century craftsmanship, circa 1820-1830.
REF:4988
Price; 9900€