Gold Brooch With Agate Cameo And Pearls. 19th Century. Enquire about this Item 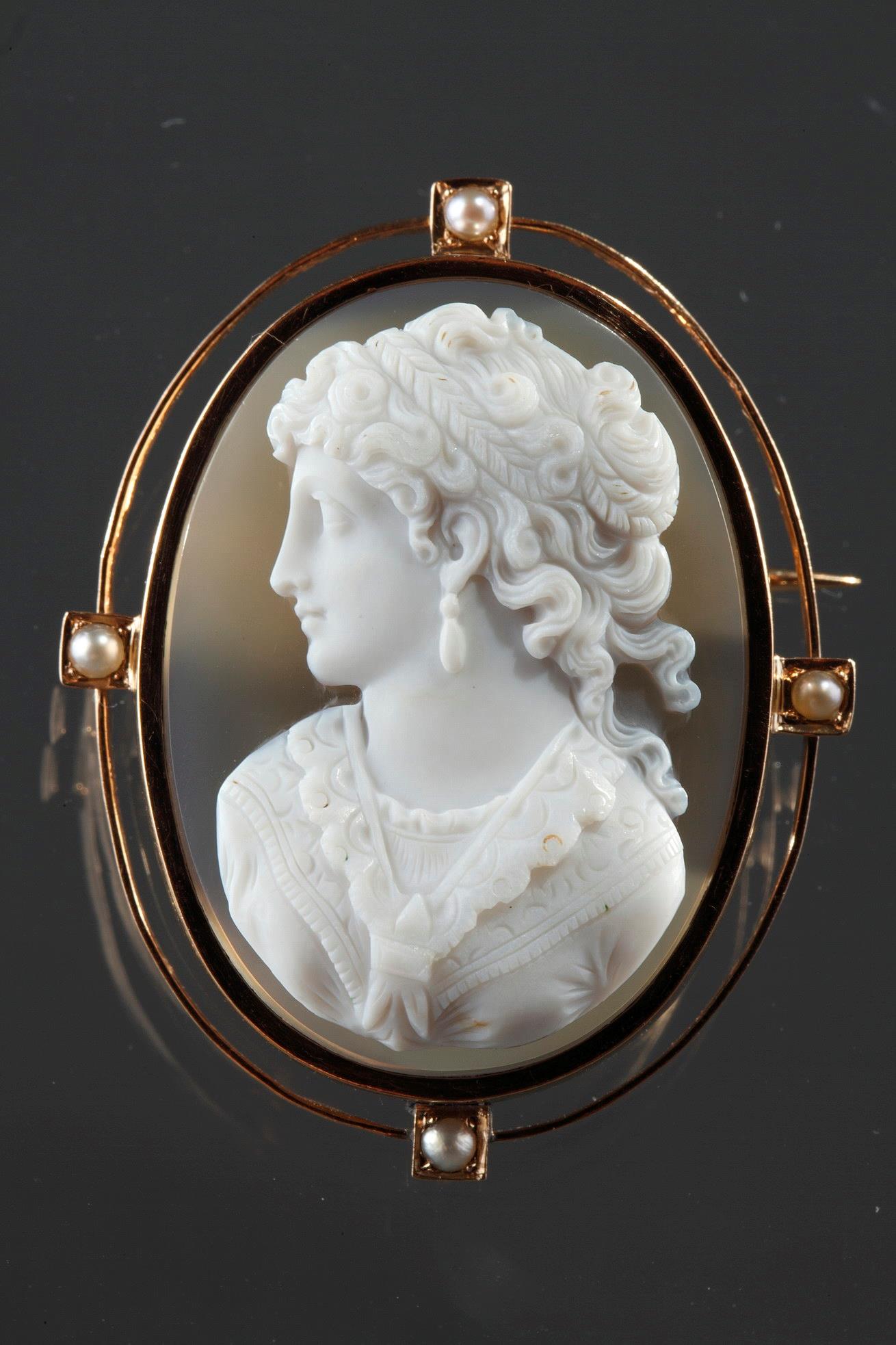