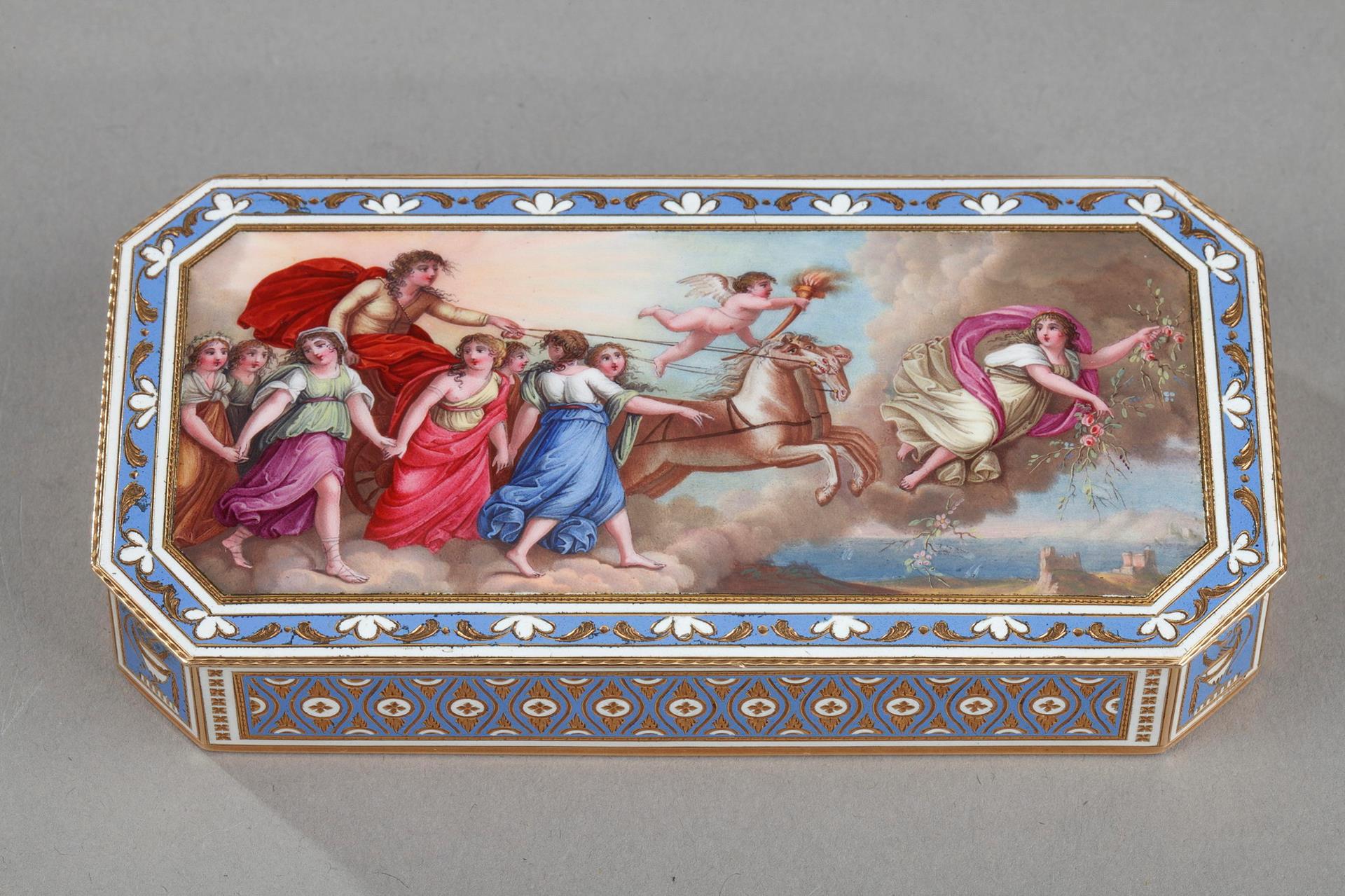 A rectangular box with canted corners, the cover set with an enamel plaque painted in "plein" depicting scene depicting a chariot pulled by women dressed in antique dress. This scene is inspired by the fresco depicting the chariot of Apollo drawn by the Aurora and the nymphs and painted by Guido Reni in the 17s for the Palazzo Pallavicini-Rospigliosi in Rome. This scene is framed by pale blue and white enamelled motifs and gold circular motifs left in reserve. These same motifs are found on the sides and the base. The canted corners of the sides are decorated with antique vases.
This taste for Italian classicism of the 17th developed at the end of the 18th , early 19th during the Grand Tour realized by the European aristocrats. Thus, this snuffbox is characteristic of the production of the period.
Between 1792 and 1801, Jean-George Rémond (1752-1830), goldsmith from Hanau, was in partnership in Geneva D.Gide and J.Guidon. Many snuffboxes are created by these goldsmiths between the end of the XVIII and the beginning of the XIXth century. At the beginning of the XIXth century, this association will be broken between the enamellers-goldsmiths.
Weight: 3.70oz (105g).
W:3.74in. (9.5 cm)/ w: 1.92in. (4.9 cm)/ h: 0.62in. (1.6 cm).
The snuffboxes of these enamellers are presented in the collections of the V&A London.
REF:4910
Price:39000€