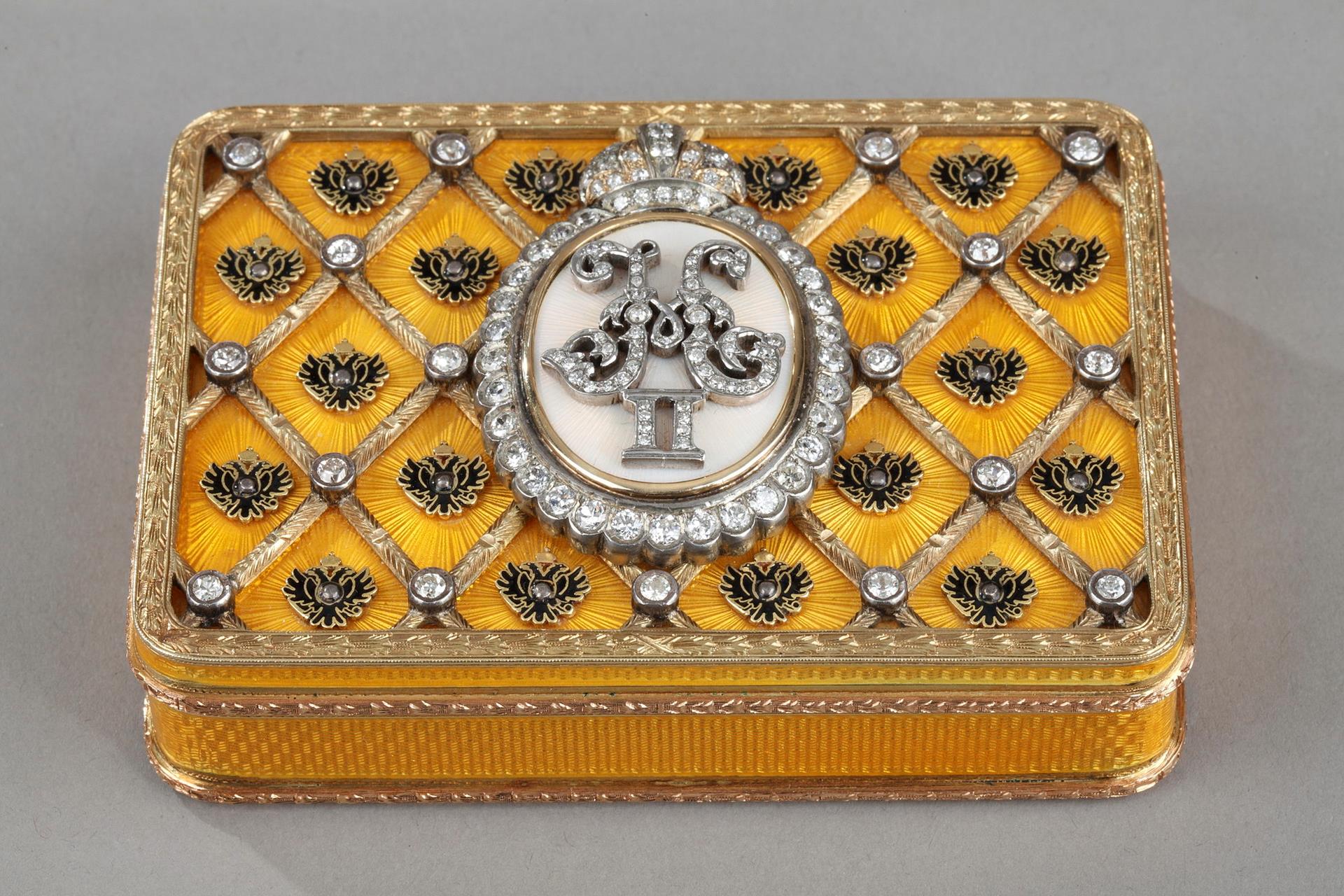 Important rectangular gold box in translucent yellow enamel on a radiant guilloche. The enamelled cover is decorated with a gold trellis which is embellished with diamonds and features imperial double-headed eagles. The lid presents a central medallion with the number N II for Tsar Nicholas II.  A checkered and yellow enamelled guilloche pattern adorns the lid and the base of the snuffbox.
This snuffbox was made in homage to Fabergé and imitating the box traditionally given to Nicholas II by his Tsarina in 1896 for the coronation.
L: 3.54in. (9.7cm). W: 2.36in. (6.5cm) / H: 0.78in. (2.5cm).
Weight: 17.21oz. (488 g).
750 gold hallmarks.
Early XXth century.
Price: 57000 Euros
REF: 4816