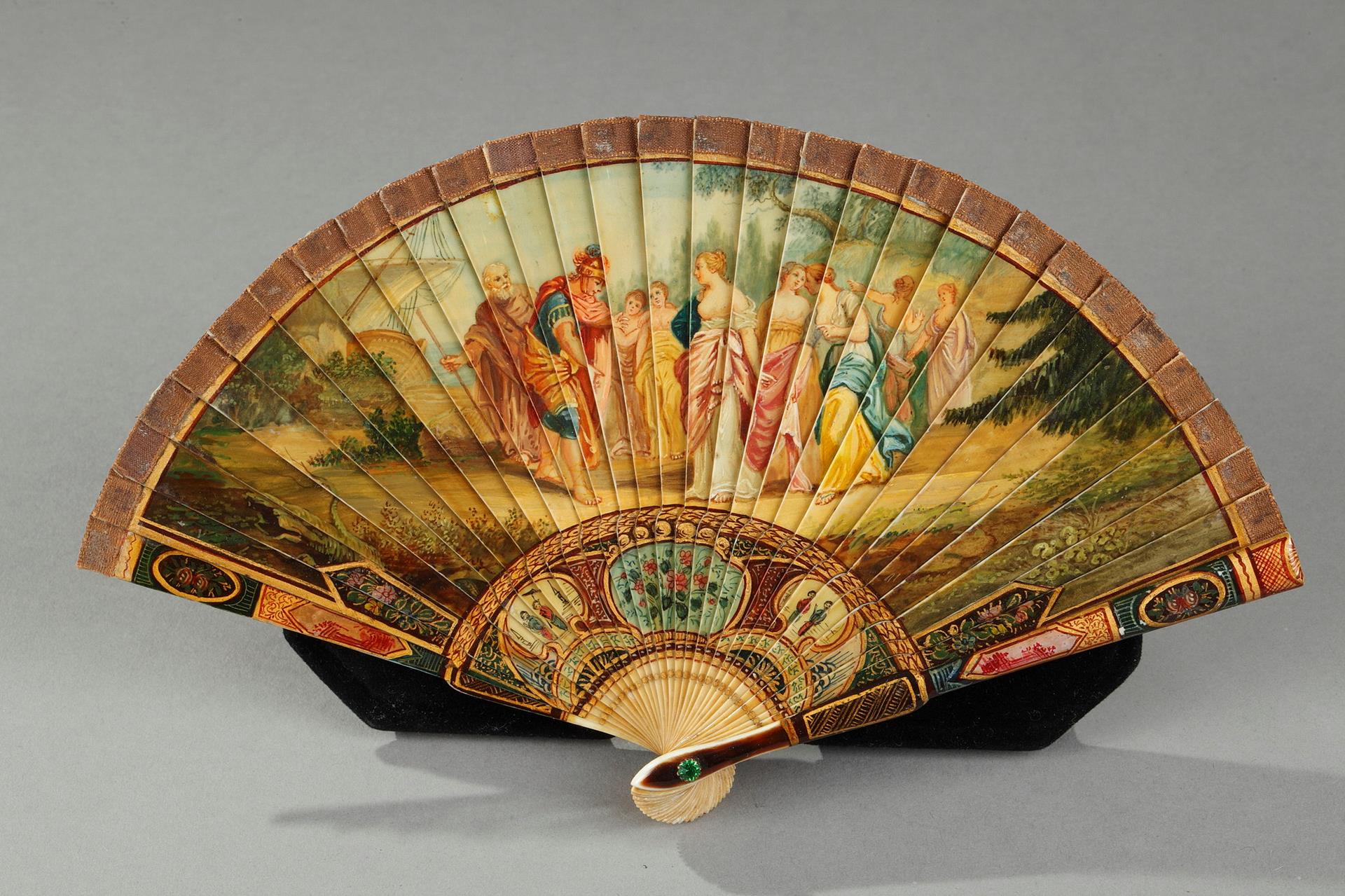 Small and elegant fan called "brisé fan" made of ivory and varnished in the Martin varnish style. The fan is composed of a series of small painted ivory strips held together at the top by a ribbon and at the bottom by a rivet set with a stone. Beautiful ivory leaves painted with garlands of flowers and foliage. The decoration of the fan presents on one side an antique landscape in the 18th century style and garlands of flowers and on the other a mythological scene and small chinoiseries. The mythological scene probably evokes Dido and Aeneas. Its small size suggests that it was intended for a little girl.
In its original case from the Creusy house 48 rue Meslay in Paris.
Work of the second part of the 19th century. Circa 1850.
L:4.72in. (12 cm)
Open fan: 8.26in. (21 cm)
Fan presented in its silk box: 5.11in. (13 cm); 1.18in. (3 cm); H: 0.78in. (2cm).
Price: 1600€.
REF: 8208