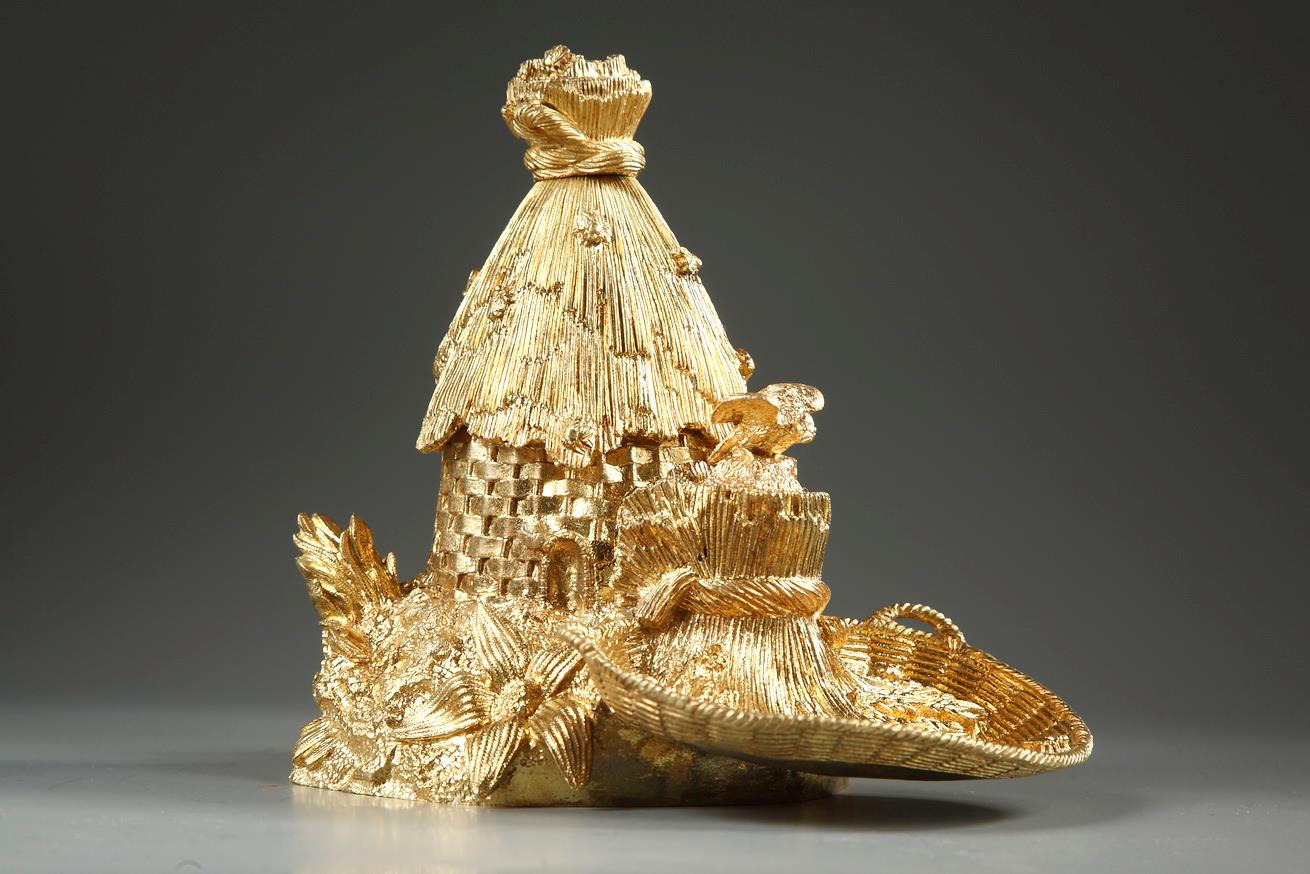 Gilt bronze inkwell with a porcelain inkpot hidden under the dome of the beehive formed by a knotted bundle of straw and topped with bees. The base is decorated with flowers and vegetation. The penholder is concealed by a stopper with a bird on its handle.
The symbolism of the beehive and the bees appeared at the end of the 18th century in certain circles of thought or power.
Work of the first part of the 19th century; Restoration. Circa 1820
H: 15 cm; L: 15 cm; W: 12 cm.
REF:4158
Price: 2500€.